“Terius Behind Me” Prepares For Filming With A Ritual

The cast and staff for MBC’s upcoming Wednesday-Thursday drama “Terius Behind Me” (literal translation) recently joined together to hold a ritual that wished for a safe and smooth filming process.

“Terius Behind Me” is a romance story about a former agent who dives into the world of childcare and a single mother who gets wrapped up in a war of espionage. The drama will be written by “Shopping King Louie” screenwriter Oh Ji Young and helmed by “Romance Full of Life” producing director Park Sang Hoon. So Ji Sub will be joined by Jung In Sun, Son Ho Jun, Im Se Mi, and others.

On August 9, with their first filming on set ahead of them, the staff held a successful spiritual ceremony and wished for the success of their drama. In Korea, many people hold shamanistic rituals to ward off bad luck and bring in good fortunes. 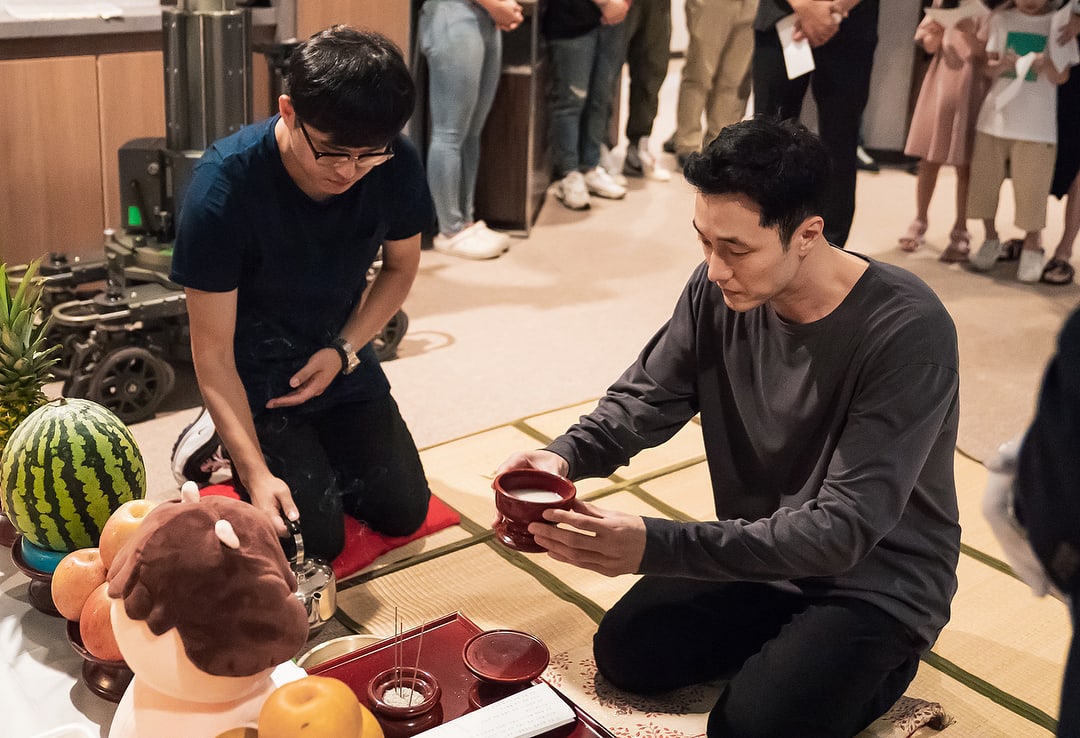 Instead of bringing in the usual swine head for the ritual, the “Pigius” doll that appears in the drama was set on top of the table, making the atmosphere of the room bright and friendly. As director Park Sang Hoon began the rite, So Ji Sub, Jung In Sun, Son Ho Jun, Im Se Mi, Sungjoo, and the child actors all bowed down in respect, hoping for the drama to be filmed safely. 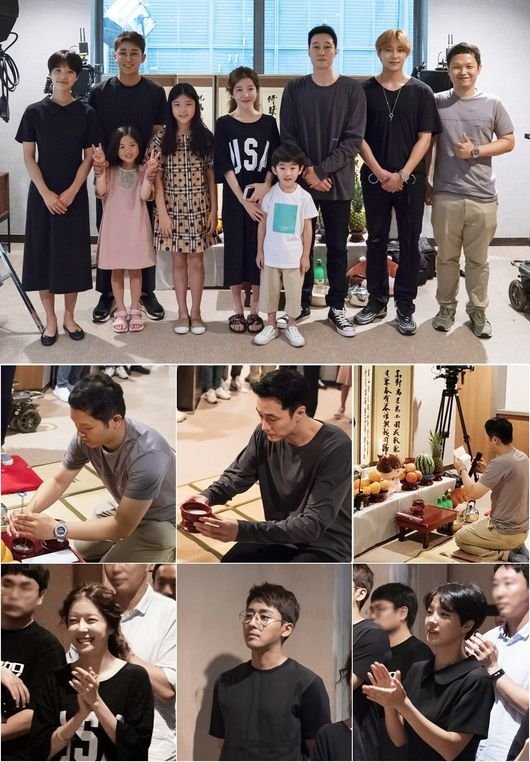 Jung In Sun stated, “The sweltering heat has gone down, but we’ve started filming on set. Everyone did well during that time, and now it’s great that we can film while it’s cool. I hope we can finish shooting by staying healthy and without anyone getting hurt. Hoping for the best.” Her statement was followed by the child actors’ shouts of “We’ll work hard!” and “Looking forward to it!”

Director Park Sang Hoon also said, “This month spent with the staff and actors was a month spent well. I think it was able to progress so well because of everyone’s help.” He continued, “I hope we can continue on happily with good results,” stating his strong wishes for the drama.

The staff and actors all showed off their team work again as they shouted out, “‘Terius Behind Me,’ fighting!” The room burst into applause and they were able to end the ritual successfully.

“Terius Behind Me” will air its first episode in September.