BLACKPINK’s Jennie grabbed the spotlight with her latest appearance on SBS’s “Running Man” and she’s gearing up to return to the show!

Jennie appeared on “Running Man” in July with fellow BLACKPINK member Jisoo, and she drew the attention of many with her bad luck and unexpected charms. The video of her crying after going through a horror room with Lee Kwang Soo gained over one million views on a portal site, and a total of over three million views when counting total views on major portal sites, VOD, and social media. She is being described as potentially taking the title of the biggest variety star of “Running Man” in 2018. 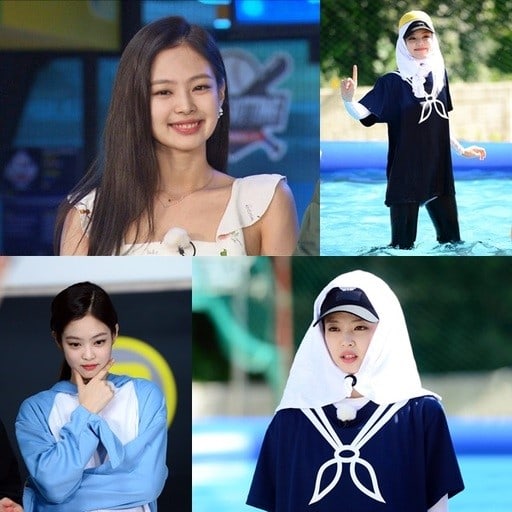 SBS has released new stills ahead of Jennie’s return in the upcoming “Running Man” episode. She is set to showcase an upgraded version of her aegyo acrostics poems, which she tried out in her previous appearance with Lee Kwang Soo’s name to great success. Her new and improved acrostics poem skills not only won the cast members over, but the staff as well, hinting at another legendary video to come.

Jennie will be guesting in the next episode of “Running Man,” which will air on August 12 at 4:50 p.m. KST. Catch up with the latest episode below!