During the radio show, they shared how they felt about their team name that was created by their agency. Jiwoo said, “When I first heard the team name and told my parents about it, I got a little verbose while explaining. They even asked me, ‘It’s not finalized yet, right?'” J.Seph added, “When I first heard the name, I wondered what on earth it was. I felt a bit weird saying I was KARD, but I like it now.”

Ji Suk Jin asked if there were any other possible group names, BM said, “I don’t think so,” and Somin explained, “I only heard KARD.” The idols said, “The agency employees loved it, so we couldn’t say we didn’t like it. We thought it’s good to have something liked, so we just went with it and didn’t say anything.”

Somin also shared her thoughts on having the same name as the actress Jun So Min. “I have never thought about using a stage name,” Somin commented. “I’m actually grateful to Jun So Min. I like how I can talk to acquaintances at least one more time when they contact me [whenever she trends on search rankings].” 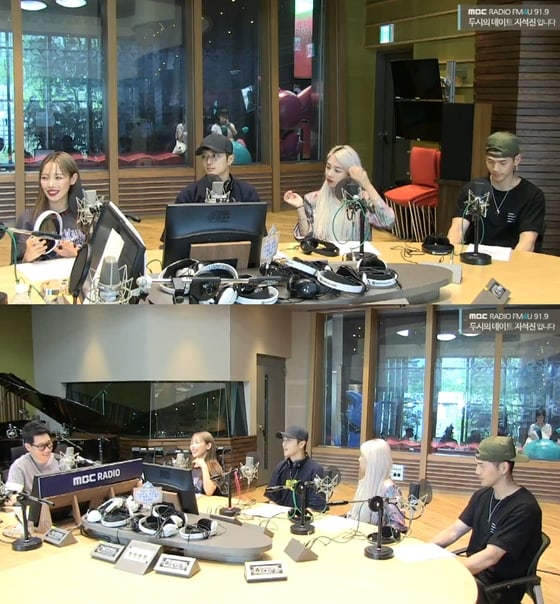 When asked what they would’ve become if they hadn’t become singers, J.Seph replied, “My dream was to become the president and a soccer player.” To that, the radio host Ji Suk Jin responded, “It’s too late for you to be a soccer player, but since you’re still young, you can think about becoming the president in 30 or 40 years.”

To the same question, BM said, “I wanted to become a counselor or an architect. Since my major was psychology, I think I would’ve worked as a counselor for adolescents having a hard time mentally.” On the other hand, Jiwoo replied, “I never dreamed of being anything but a singer. If I hadn’t become a singer, I would’ve become something like a music director.”

KARD is currently promoting their summer song “Ride on the Wind.”

KARD
Ji Suk Jin's 2 O'Clock Date
How does this article make you feel?