From “Lies” To “Loser”: BIGBANG’s Best Concepts Ever

On August 19, 2006, our world became significantly better. Mainly because BIGBANG made their debut in the K-pop world, taking it and our lives by storm. Although most of the members are in the military right now (with the exception of Seungri), it doesn’t mean we can’t celebrate their debut anniversary!

So, without further ado, here’s a celebration and a look at 13 of BIGBANG’s best concepts ever.

BIGBANG has done several music videos where they’re partying it up. It suits the BIGBANG image and it’s always a fun concept to watch them do in their music videos. The music video seems like they are filmed in the States and all the members look like they are living their life to the fullest. The backdrop of the city streets, desert, and beach basically embodies their essence, which we totally dig.

This more recent music video and album displayed BIGBANG’s “I don’t care” attitude. They had expressed that they were having trouble figuring out the perfect song to promote for their MADE album, so they decided not to stress too much over it, which is how they came up with “FXXX It” and the concept in general. It somehow encapsulated them in a nutshell and was generally pretty perfect.

Even during their V Live, they brought their “Fxxx It” attitude. 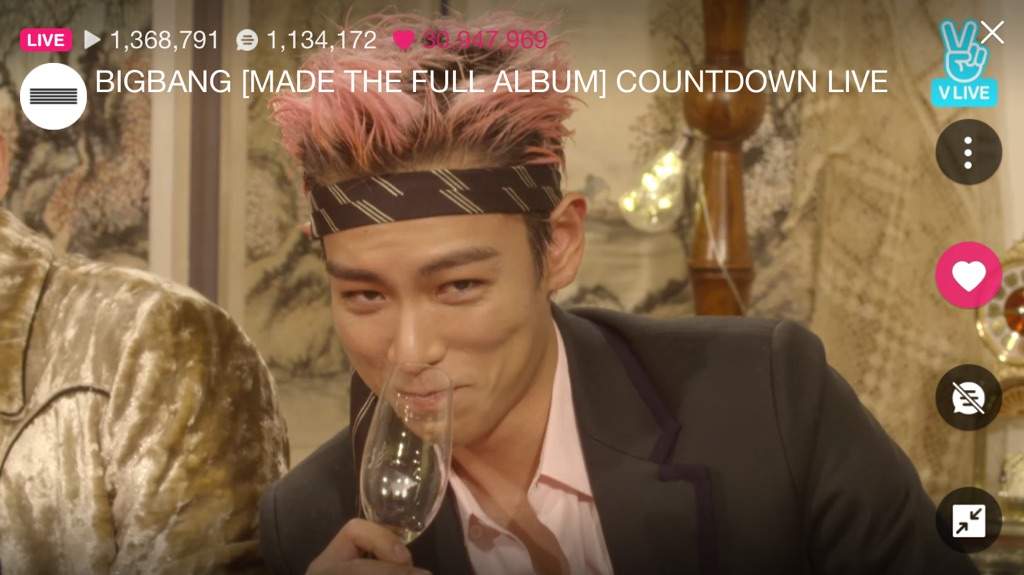 Almost all of the popular K-pop groups have done concepts and music videos that involve rain. It’s like a K-pop necessity. It’s a concept that not only happened in the 2000s, but also in the ‘90s. This specific music video made it to this best concept list, because c’mon, who doesn’t want to see BIGBANG dancing soaking wet in the rain?

We love dramatic love stories when it comes to music videos. This concept was similar to “Haru” in that it involved a tumultuous love story, but this was a bit more dramatic as it resulted in finding out there was some sort of murder involved with the girl and her abusive ex-boyfriend. This concept is what really brought started the momentum of BIGBANG’s success, so it was obviously an image that the public loved.

With “Haru Haru,” the dramatic storyline continues. I really couldn’t write this list without adding this music video. Everything about it was pretty perfect, especially during the specific era when it was released. We loved music videos that told a story and this one was good. It involved a love triangle between the members, and although we don’t like seeing the members argue with each other, it’s dramatic and we love it.

Although this is specifically a solo music video for Taeyang, it’s one that we can’t fail to mention. Taeyang made hearts throb with this vulnerable, lovesick concept. The whole “I’m in love with my best friends’ girlfriend/wife” was heartbreaking, and gave us even more reason to fall in love with him. The piano playing adds the icing on top of the cake. We wept for him.

7. The edgy K-pop idol with a chip on his shoulder

There were so many G-Dragon concepts throughout the years that slayed, and although it’s hard to choose, his “Crooked” concept was hands-down one of his all-time best. The smokey makeup, tattoos, and edgy fashion created an image that actually suited G-Dragon pretty well. It was like he was expressing a darker side of his personality, which we were obviously here for.

BIGBANG always has a way of displaying a contrast of different images. Their party and bad boy image is a given, but then when they release such beautiful songs like, “Love Song,” it really makes us see their sensitive and emotional side. It’s a concept that I always dig and can never get sick of. Plus, they look amazing in those simple black suits!

In my opinion, this concept, which BIGBANG has done a couple times throughout their music career, suits them the best. They seem most natural being in this urban city setting in fashion that they’d wear on any given day.

Here is the similar concept in their “Bad Boy” music video:

There is a lot going on in this concept. It seems BIGBANG is part of a revolution and rebelling against those who don’t want to hear their music. With G-Dragon’s trendy long locks and T.O.P’s signature blue hair, we know they’re making a statement and it all fits so perfectly together. This song was a revolution, much like its concept as it’s considered a classic anthem in the K-pop world.

BIGBANG really wore their heart on their sleeves for this concept. Maybe it’s because they’ve been around in the industry for so long and in the spotlight, but they really showcased their feelings about what it’s really like being in their shoes. It made us sympathize and realize how lonely they really must feel despite the fame and fortune.

This whole concept seemed like a glimpse into how T.O.P would see the world. If I wouldn’t have known better, I would have thought he conceptualized this whole music video from beginning to end. It’s artsy, creative, and leaves you thinking, “What the heck did I just watch?” And although it was bizarre, we really couldn’t stop watching it.

The fun and casual vibe of this whole music video gives warm fuzzies. We know that the members all consider each other family and it seems nothing can break them apart. Especially during this time where most of the members are in the army, it’s nice to see them having fun and being their goofy selves. I’m looking forward to seeing more concepts like this one soon!

Hey Soompiers, which of these concepts is your favorite? Let me know in the comments below

Currently watching: “My ID Is Gangnam Beauty,” “Familiar Wife,” “Let’s Eat 3,” and “Mr. Sunshine”
All-time favorite dramas: “Secret Garden,” “Goblin,” “Because This Is My First Life” and “Star In My Heart”
Looking forward to: Won Bin‘s return to the small screen and Song Joong Ki‘s next drama