Shinhwa is known for bringing the laughs to variety shows, and they’re ready to bring all they’ve got for the upcoming episode of KBS’s “2 Days & 1 Night”!

The episode that will air on August 12 will follow the second story of the “‘2Days & 1 Night’ vs Shinhwa” special. Shinhwa’s first appearance in the previous episode had everyone laughing from the moment they stepped in front of the camera, and anticipation is already high for what they will bring in the next episode.

“2 Days & 1 Night” has teased what’s to come with new stills of Eric and Lee Minwoo getting up close and personal with each other. They are tasked with only using their neck and chin area to pass an orange between each other, and they aren’t afraid to stick to each other like glue in order to win the game. Their eyes seen to be blazing with a determination to not drop the orange no matter what, and it will be interesting to see if they can succeed. 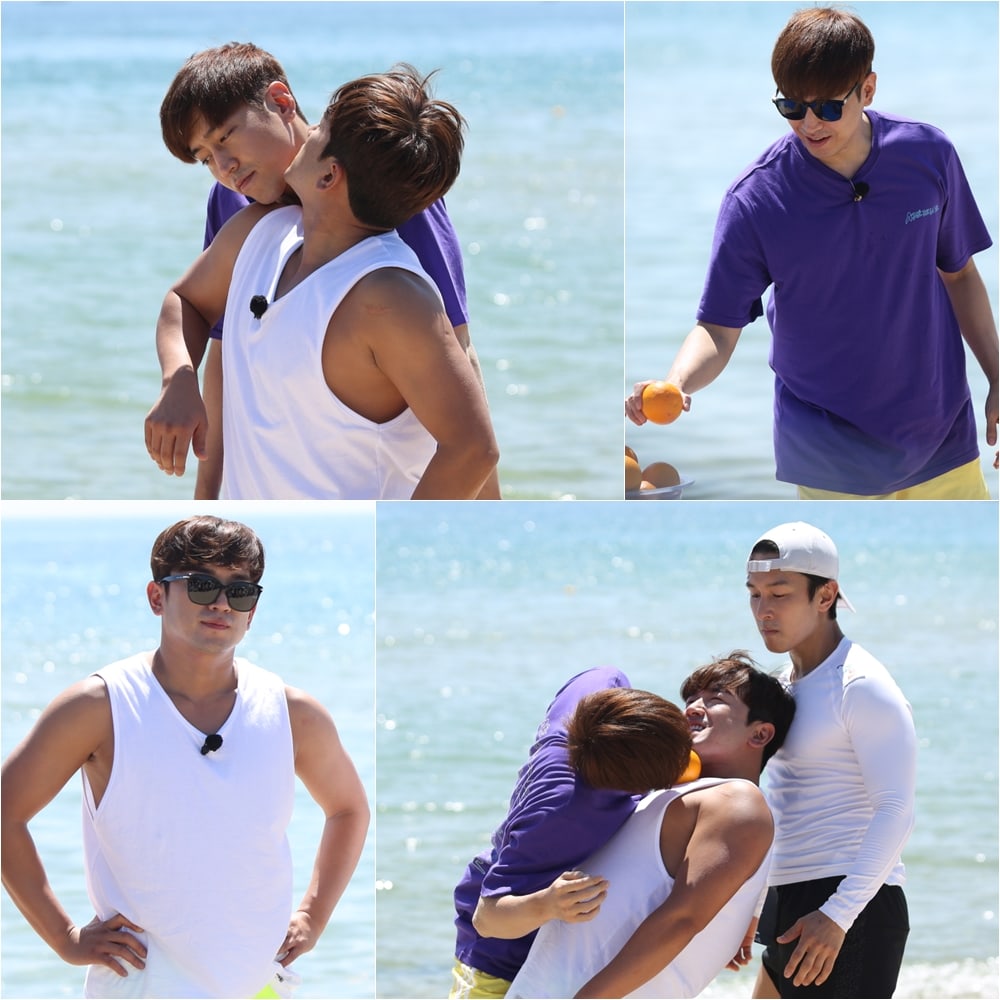 The next episode will show the cast and Shinhwa taking on a 99 second relay challenge for their first mission. Though they faltered at first after hearing what they’d be doing, including drinking a bottle of coke in one ago and throwing an empty milk carton into a specific area, Shinhwa quickly put their heads together to formulate a plan. Once the challenge started, the set is said to have been filled with laughs and the members did their best to get through the odd missions.

Viewers will be able to check out the results of the battle between Shinhwa and the cast of “2 Days & 1 Night” in the upcoming episode, which will air on August 11.