On the latest episode of “Ask Us Anything,” Son Dam Bi shared a troubling story about an incident in which a woman attempted to take nude photos of her.

The singer-turned-actress appeared as a guest on the August 11 broadcast of the JTBC variety show, where she talked about some of the frightening moments she’s faced during her career.

“Someone once took photos of me at a sauna,” said Son Dam Bi. “She had turned the shutter sound off on her cell phone, but I saw her [furtively] taking photos of me.”

As the cast members expressed their horror, she went on, “So I went up to her and asked, ‘Did you take photos of me, by any chance?’ She said that she hadn’t, so I asked to see her phone. [As it turned out,] she had taken photos of everything. I told her to erase all the photos right there, while I was watching.”

When the cast asked her if she had pressed charges, Son Dam Bi replied, “How could I press charges? So I just told her off in a scary voice and then let it go.”

Lee Soo Geun commented, “These days, everyone brings their cell phones into the sauna. Honestly, they shouldn’t let them do that. There’s no way to tell if someone is just looking at his phone or taking photos of us.” 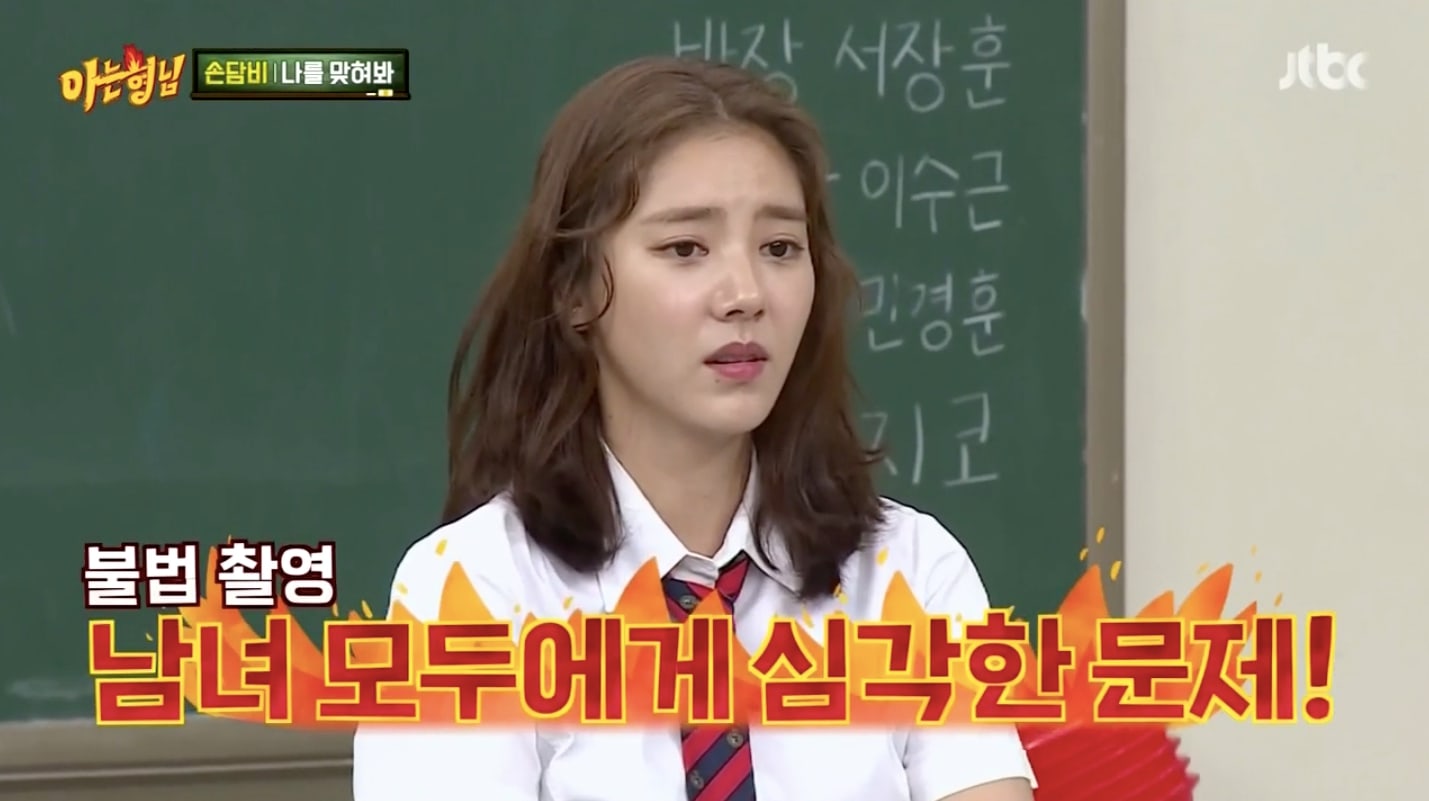 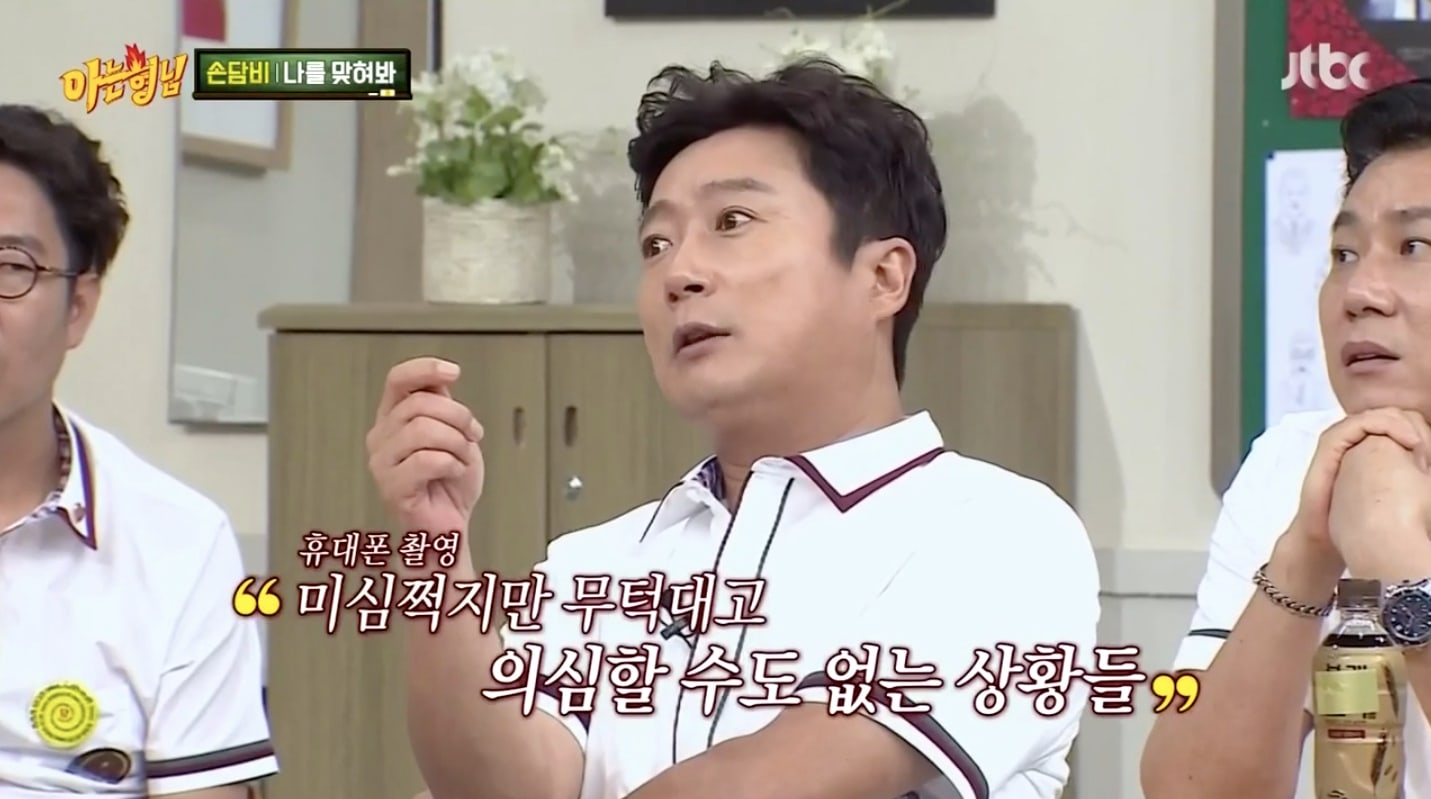 Ask Us Anything
Son Dam Bi
How does this article make you feel?