“Lovely Horribly” is a unique “horror romantic comedy” starring Song Ji Hyo as Eul Soon, a drama writer whose bad luck never seems to run out. The newly released stills from the drama show the actress emanating a dark, gloomy aura as an injured HaHa looks on in terror, seemingly startled by Song Ji Hyo’s every move. 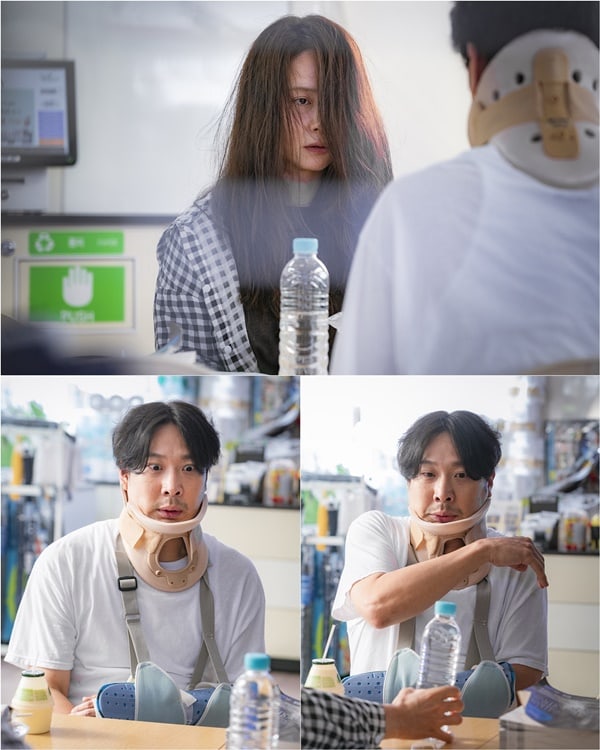 The producers of “Lovely Horribly” revealed that HaHa had ended up appearing in the drama because of his long-standing friendship with Song Ji Hyo. The two stars are known for their amusing bickering and playful dynamic on the popular SBS variety show “Running Man.”

The drama’s production staff commented, “HaHa, a loyal friend who stepped up to make a special appearance because of his connection with Song Ji Hyo, will crack viewers up by adding a dash of spice to the drama with his unique brand of humor and his skillful acting. Please look forward to their top-notch chemistry.”

“Lovely Horribly” premieres on August 13 at 10 p.m. KST and will be available with English subtitles on Viki.