“30 but 17” tells the story of Woo Seo Ri (Shin Hye Sun), who has the body of a 30-year-old but the mind of a 17-year-old as she fell into a coma in her teens after being involved in an accident, and Gong Woo Jin (Yang Se Jong), who cut himself off from the rest of society at a young age after a traumatic event.

In the previous episodes, Woo Jin saw the face of his first love that died because of him 13 years ago in Seo Ri’s face and relapses back into his trauma state. Seo Ri tries to push him away, but she suffers from their unavoidable attraction. At the end of the episode, however, Woo Jin overcomes his trauma and wipes the tears away from Seo Ri’s crying face. 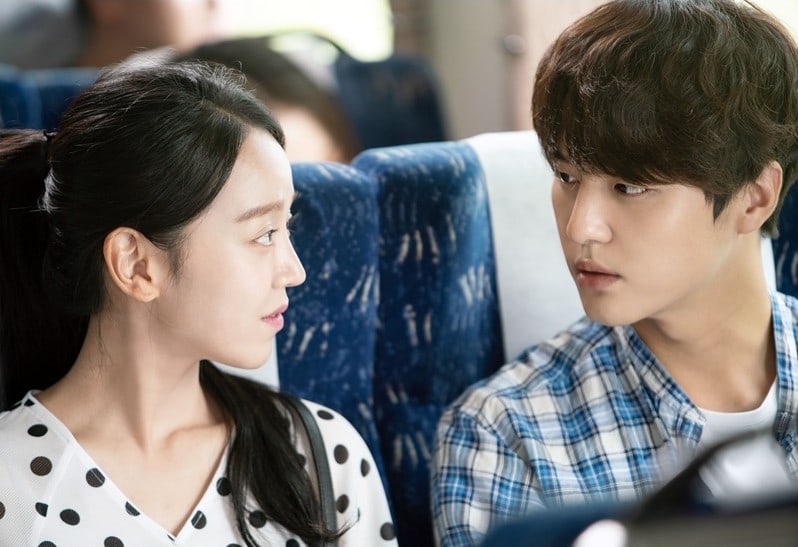 The newly released stills show Shin Hye Sun and Yang Se Jong going on a trip somewhere by train. The two of them sit next to each other shoulder-to-shoulder, staring into each other’s eyes. 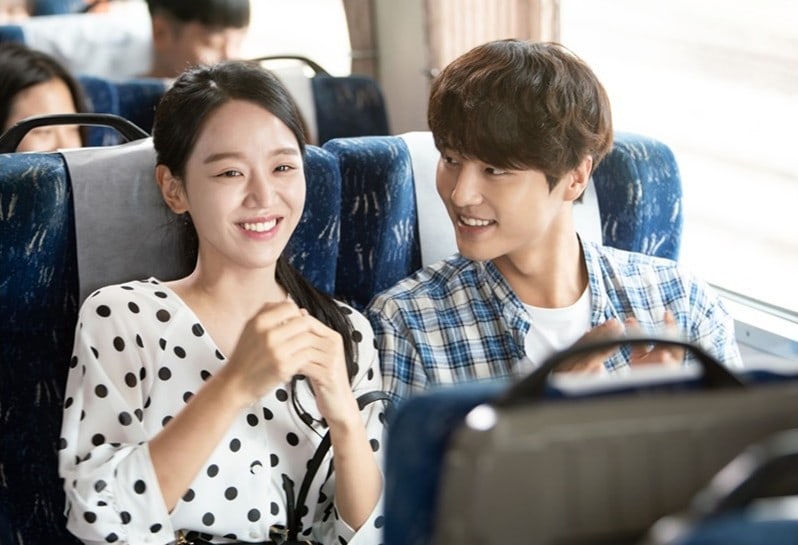 In another photo, Yang Se Jong lovingly gazes at Shin Hye Sun in a way that expresses his innermost feelings. He can’t keep his eyes off Shin Hye Sun’s bright smile, as if she were a child on her way to a picnic. Many viewers are excited to see Yang Se Jong carry out his feelings for Shin Hye Sun in the drama.

Staff from the drama stated, “Yang Se Jong will began to express his feelings for Shin Hye Sun starting from this week’s broadcast. Their awkward, but fresh romance will give viewers a pleasant thrill. Please look forward to it.”