Kim Jung Hyun has been stealing the hearts of viewers in MBC’s Wednesday-Thursday drama “Time”!

He takes on the role of Cheon Soo Ho, the son of a chaebol, who is not only told that he doesn’t have much time to live, but is also accused of being a suspected murdered. Though he has formed a sharp personality over the years to protect himself, he is warm and caring when it comes to Seol Ji Hyun (Girls’ Generation’s Seohyun), the sister of the murder victim.

“Hey, do you not want to live? How can you just be zoning out here?” 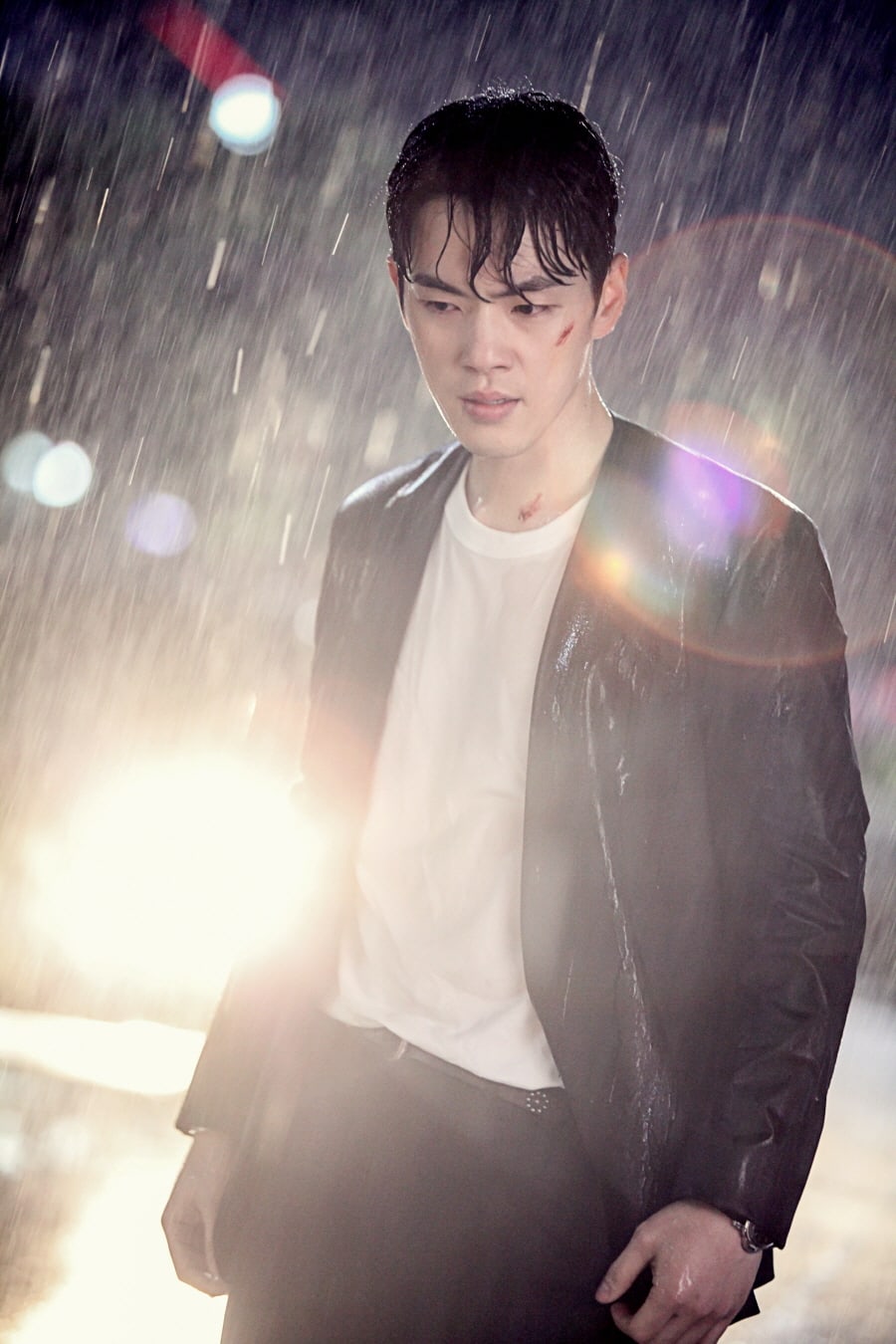 Soo Ho had been keeping an eye on Ji Hyun, who was living each day with tears for her sister’s untimely death, and secretly helping her out. When Ji Hyun had her house taken away by debtor Geum Tae (Kim Jung Tae) and was wandering outside in the rain, Soo Ho kept feeling nervous about the situation and stayed close. He had been following her in his car when he saw her standing in the middle of a crosswalk as cars zoomed by, and he ran up and saved her from danger. And he tried to convey how worried he’d been by shouting, “Hey, do you not want to live? How can you just be zoning out here?” He wrapped her in his embrace, starting the clock on the connection between the two. 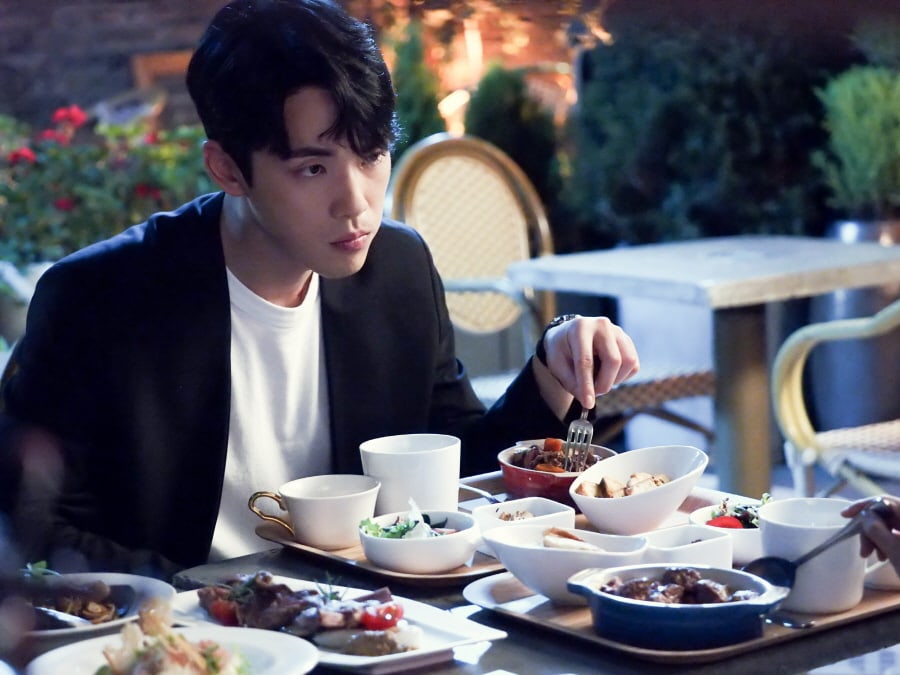 After finding Ji Hyun wandering the streets on a rainy night, Soo Ho takes her to a restaurant and after treating the injury she incurred on her hand at the press conference, he asks the restaurant staff to prepare a meal for them. When a feast is laid out in front of them, Ji Hyun expresses her surprise and asks, “You want me to eat all this food at this late hour?” To his, Soo Ho responds, “I didn’t know what you liked so I ordered a few things off the menu. Eat. Haven’t even eaten anything all day.” When Ji Hyun stares at him as if she’s asking how he knew that, Soo Ho says, “Me, I’m saying that I haven’t eaten anything all day,” and tries to hide his feelings for her.

“I need someone to help me load up my trunk. I can take her, right?” 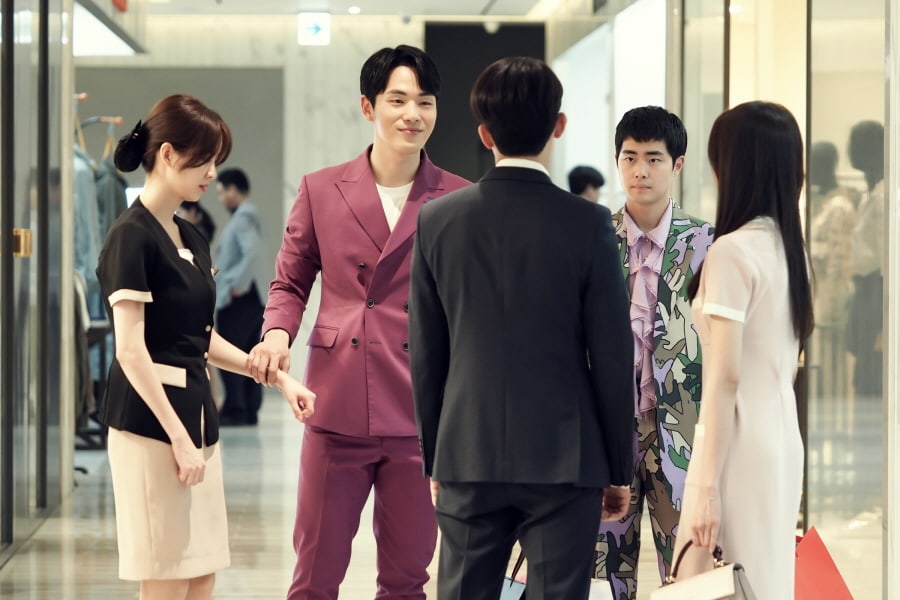 After getting a confirmation from the doctor that he doesn’t have much time to live, Soo Ho decides to set off on a trip just for himself and goes shopping to prepare. It’s there that he finds Ji Hyun carrying bags for Min Seok (Kim Jun Han) and Chae Ah (Hwang Seung Eon), when she trips and starts picking up all of the shopping bags she dropped. Soo Ho approaches them and grabs a hold of Ji Hyun’s wrist as he says, “I need someone to help me load up my trunk. I can take her, right?” catching the other two off-guard. Soo Ho had seen a photo of Ji HYun and Min Seok by chance at Ji Hyun’s house and knew that they had once been in a relationship. Seeing her in an embarrassing situation in front of her ex-boyfriend, Soo Ho did what he could to get her out of it.

“The decision will be made here, good. If you decide to die, I’ll die with you.” 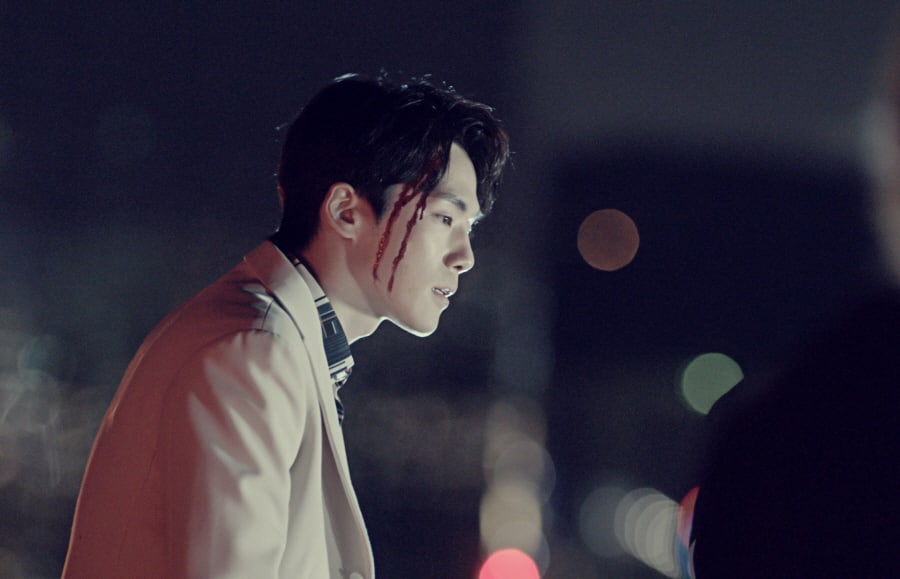 Soo Ho was full of worry for Ji Hyun, who not only lost her sister but her mother as well. While keeping tabs on her, Soo Ho found out that Ji Hyun was headed to the hotel where her sister died, and hurries after her because he felt like something was off. Even though he was bleeding from being involved in a car accident while picking up a phone call from Ji Hyun, he didn’t stop running till he reached the roof of the hotel. Seeing her at the ledge and telling him not to come closer, Soo Ho confessed that he had once had similar thoughts before when he was younger. He joins her on the ledge and says, “The decision will be made here, good. If you decide to die, I’ll die with you.” Instead of trying to stop her, he tries to show that he understands what she’s feeling, and the pains they opened up about on the roof of the hotel had viewers tearing up.

“There was some food left over after breakfast, and it’ll get thrown away if it doesn’t get eaten, right? There are people out there starving, so that’s not right. Eat.” 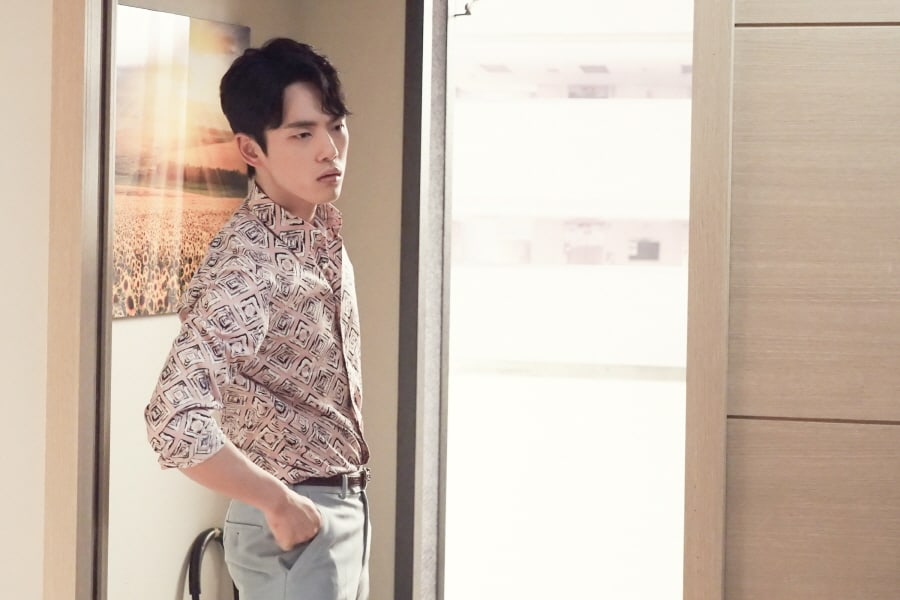 Feeling nervous after Ji Hyun after the roof incident, Soo Ho moves in next door to the friend Ji Hyun is staying with, surprising Ji Hyun. The next day, he knocks on her door and as soon as it opens, he’s followed by restaurant staff who begin preparing a meal. He says, “There was some food left over after breakfast, and it’ll get thrown away if it doesn’t get eaten, right? There are people out there starving, so that’s not right. Eat,” and leaves without a glance back, making viewers laugh.

“Time” airs every Wednesday and Thursday at 10 p.m. KST on MBC. Catch up with the latest episode below!