After shooting in various parts of the country, including Jeolla Province, Gangwon Province, Chungcheong Province, Gyeongsang Province, Gyeonggi Province, along with Taiwan and Yanbian, the film showcased a vivid reproduction of North Korea that could not be seen before in South Korean films.

The film is about a South Korean spy who infiltrates North Korea to find out the truth about the country’s nuclear program in the mid-1990s. Its star-studded cast includes Hwang Jung Min, Lee Sung Min, Jo Jin Woong, and Joo Ji Hoon. 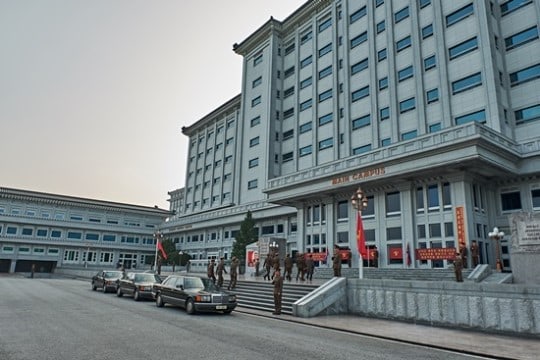 In the film, Heuk Geum Sung (played by Hwang Jung Min) is sent to North Korea for business. The building appears as a venue for a banquet to welcome his visit. In reality, the building is in Goesan, Chungcheong Province, and is said to be a popular site among moviegoers for its unique architectural style. 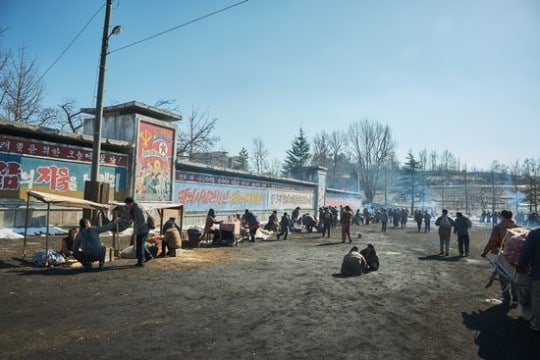 A representative location that shows the bitter reality of North Korea is this market place. This is the place where Heuk Geum Sung goes to for the purpose of investigating North Korean advertisements. After obtaining permission from the city of Donghae, the movie filmed these scenes in the vicinity of Dongbu Metal, a manufacturing company. 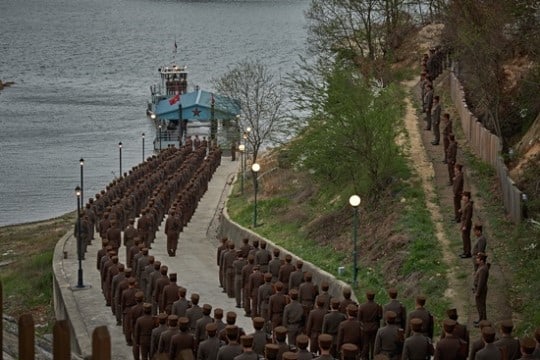 A place that cannot be easily reached even in North Korea is the dock that heads towards Kim Jong Il’s villa. This is the location that Heuk Geum Sang goes to meet North Korea’s top officials. The shooting for the film actually took place at a dock in Andong, North Gyeongsang Province. 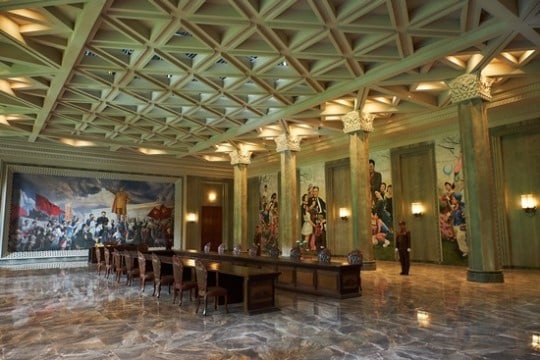 Kim Jong Il’s villa is where Heuk Geum Sung comes to meet Kim Jong Il. The inside of the villa is filled with colorful murals, a space where one can feel the overwhelming atmosphere of the highest class in North Korea. In reality, the cast shot these scenes at DIMA Studio in the city of Anseong for 50 days.

“The Spy Gone North” succeeded in recreating these sets of Pyongyang from the 1990s thanks to its dedicated staff.

The film is currently being shown in movie theaters nationwide.

The Spy Gone North
How does this article make you feel?