The August 12 episode of KBS’s “2 Days & 1 Night” featured the second part of Shinhwa’s guest appearance on the show.

The production staff of “2 Days & 1 Night” specially prepared a gallery of some of the highlights from Shinhwa’s 20-year career. However, a lot of them were embarrassing to the Shinhwa members, with Jun Jin saying, “This is amazing” and Lee Min Woo wondering, “Where did you even find these?”

Some of the highlights included Andy’s “Kiwi Prince” commercial, Eric’s infamous line “Do you smell something burning?” (from the drama “Phoenix”), and Shinhwa’s shirtless group photo shoot, which was said to have become famous for being the first time idols had done a group shoot semi-nude. 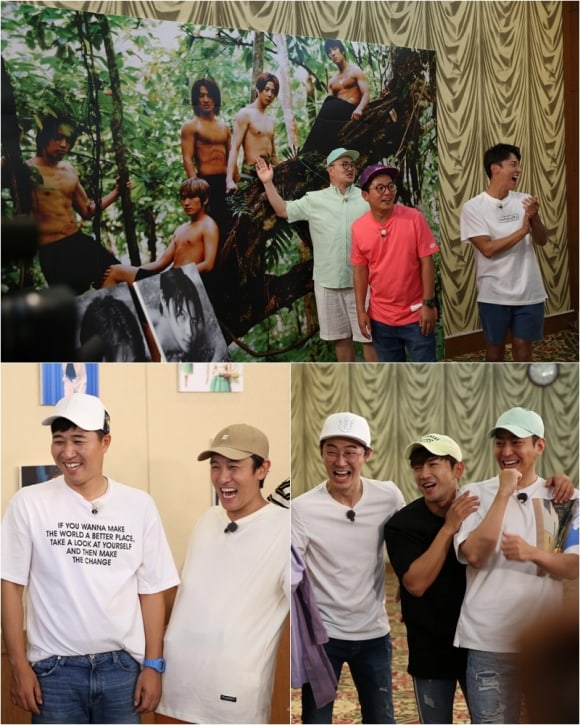 Shinhwa also played the “friendship” game to test their loyalty to one another. In the first round, all the members of a team had to agree on the answer to a question posed by the other team. However, as the questions grew more intense (and about each other’s private lives), the game was put to a stop and much of it edited from the broadcast.

In another round, a member had to cover their eyes and guess the other members’ faces by touch. Jung Joon Young put the “2 Days & 1 Night” team ahead due to his surprising skills in this area.

Initially Shinhwa had high hopes in Shin Hye Sung because he quickly identified Kim Joon Ho’s prank as not being one of his members. However, when it came time to actually play the game, he failed on the first try.

Also during the round, Shin Hye Sung also accidentally forgot one of his members by saying, “Jun Jin, Eric, Dong Wan, Andy… who’s left?” Lee Min Woo, who had been left out, said later, “This really is a loyalty test. My mind and body are exhausted.” 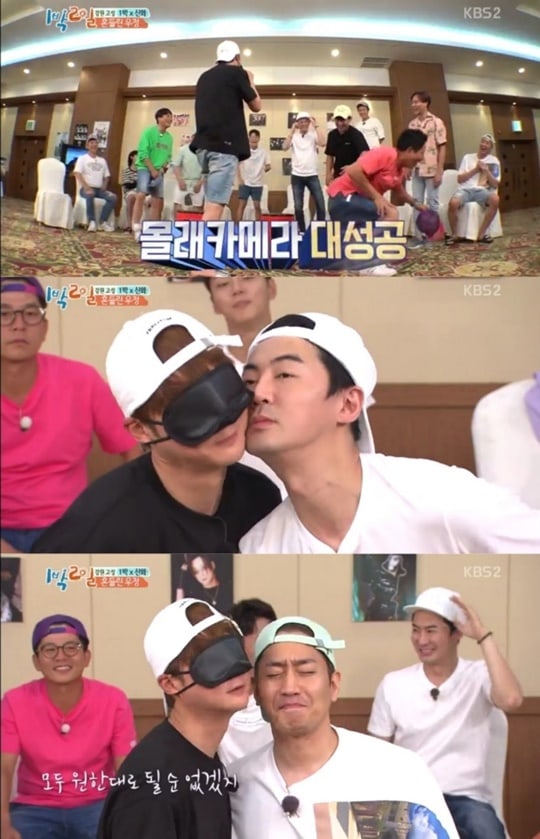