Lee Seung Gi can sing, act, and crack everyone up on variety shows, and he now has a new talent to add to all of that!

During the episode of SBS’s “Master in the House” that aired on August 12, Lee Seung Gi, BTOB’s Yook Sungjae, Lee Sang Yoon, and Yang Se Hyung were learning the ways of their master for the week, Yoo Joon Sang.

The actor explained that he likes to end his day with his favorite hobbies, ink-and-wash painting and calligraphy. And he tasked the cast with representing how they felt about their experience with Yoo Joon Sang so far through ink and paper.

Though they were trying it out for the first time, each cast member was serious as they collected their thoughts and drew out their feelings. Lee Seung Gi seemed especially proud of himself and was full of confidence as he called himself, “A genius of the ink-and-wash world.” 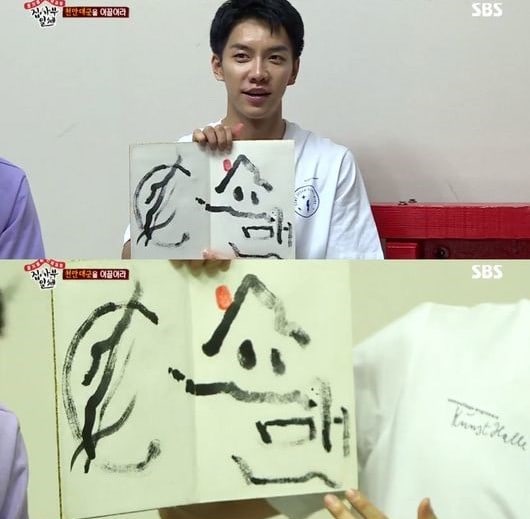 He revealed his painting and explained the meaning behind it. On the right, he wrote out “Showman” but had each stroke represent objects like mountains, trees, and fields that all together created a scenic image. “Showman” referred to Yoo Joon Sang’s upcoming musical production, “Barnum: The Greatest Showman.” On the left as a half-circle with four lines drawn across them. The four lines represented the cast members while the circle was Yoo Joon Sang, acting as a fence to guide them.

Everyone was impressed by Lee Seung Gi’s explanation, and Yoo Joon Sang gave him high marks for not only his confidence, but also his ability to make his painting relatable to everyone. Delighted by the experience, Lee Seung Gi brightly smiled and said, “This is probably the happiest moment of filming ‘Master in the House’ for me. I think I need to sign up for classes. I want to put this as my profile picture.” 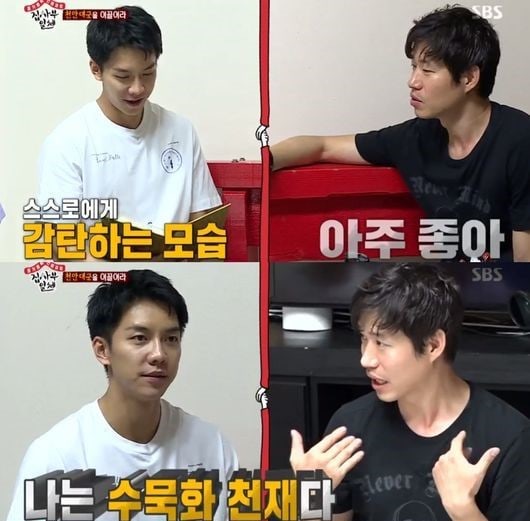 “Master in the House” involves the cast visiting celebrities and learning life lessons from them by following their daily routines and listening to their life stories. The show airs every Sunday on SBS.

Lee Seung Gi
Yoo Joon Sang
Master in the House
How does this article make you feel?