On the August 12 episode of tvN’s “Galileo,” Ha Ji Won and gugudan’s Kim Sejeong prepared a surprise for the rest of their crew.

“Galileo” is a sci-fi-themed variety show in which a group of people pretend to live on Mars. It takes place at the Mars Desert Research Station (MDRS) in Utah, which simulates the desert conditions on the red planet.

During the episode, most of the crew suited up and headed out on an EVA (extravehicular activity) outside the building. Ha Ji Won and Kim Sejeong started cooking the evening meal, during which Ha Ji Won complimented Kim Sejeong’s cooking. 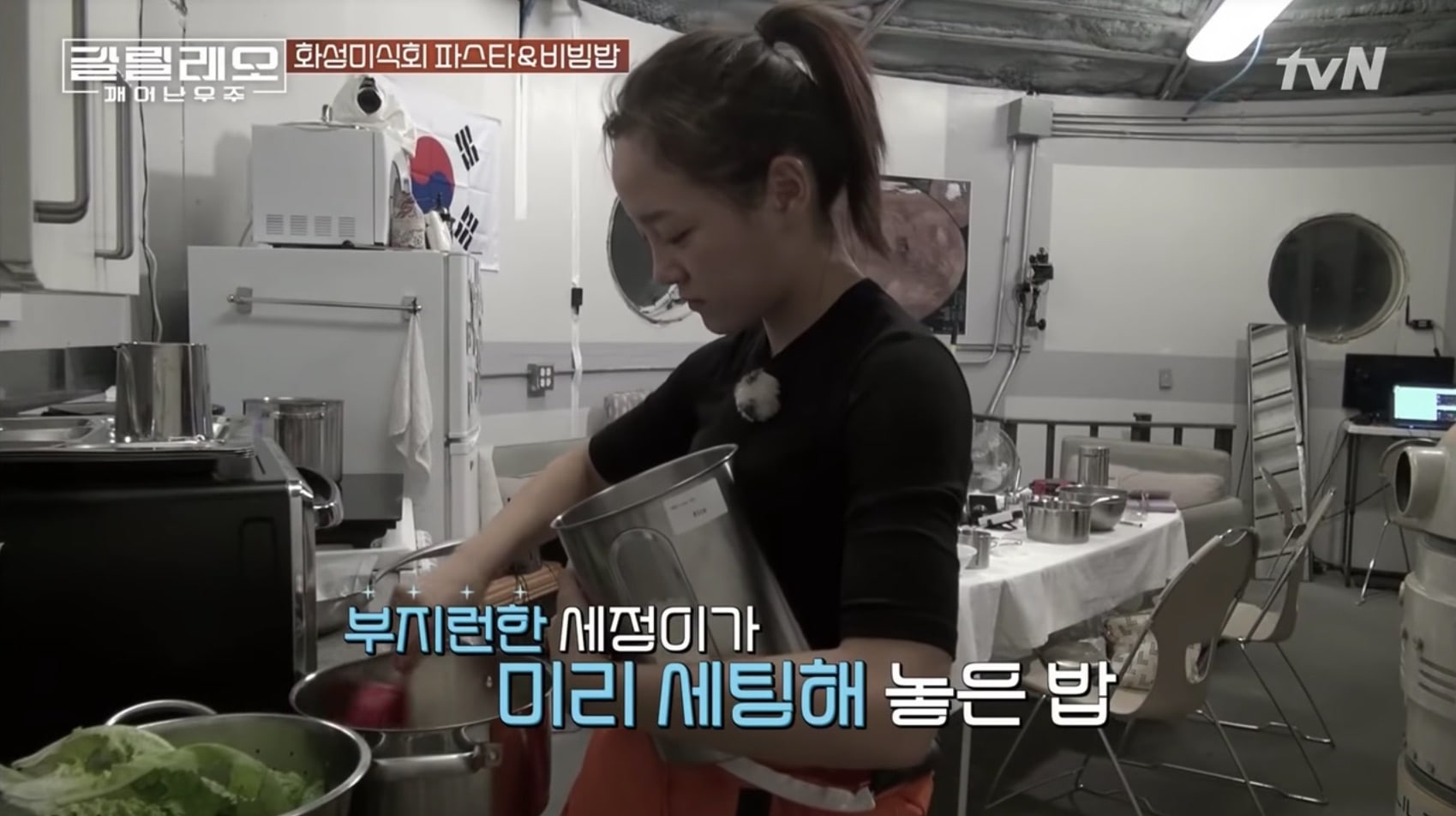 Kim Sejeong said, “There isn’t a lot to it. But I don’t know if it’s a good idea, asking us to make dinner.”

Ha Ji Won responded, “Nobody told us to do it. I must be crazy. This is the first time that I volunteered to cook. This place changes you in subtle ways.” 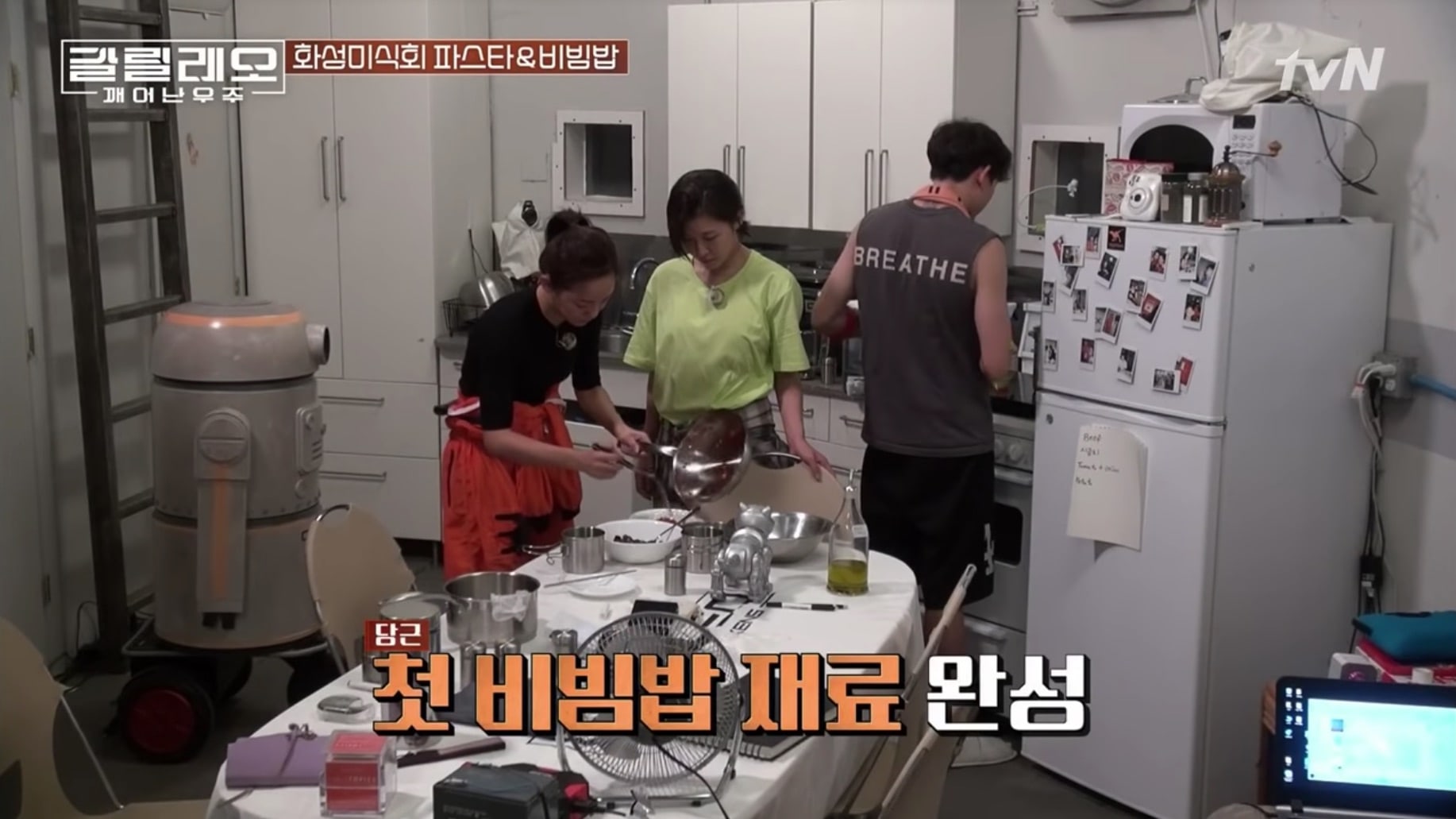 Later, 2PM’s Nichkhun also joined in to assist, as Ha Ji Won made pasta and Kim Sejeong made bibimbap. In the middle of Ha Ji Won’s cooking, Nichkhun said, “You’ve done this at home before, right?” and Ha Ji Won revealed that this was actually her first time trying to make pasta. 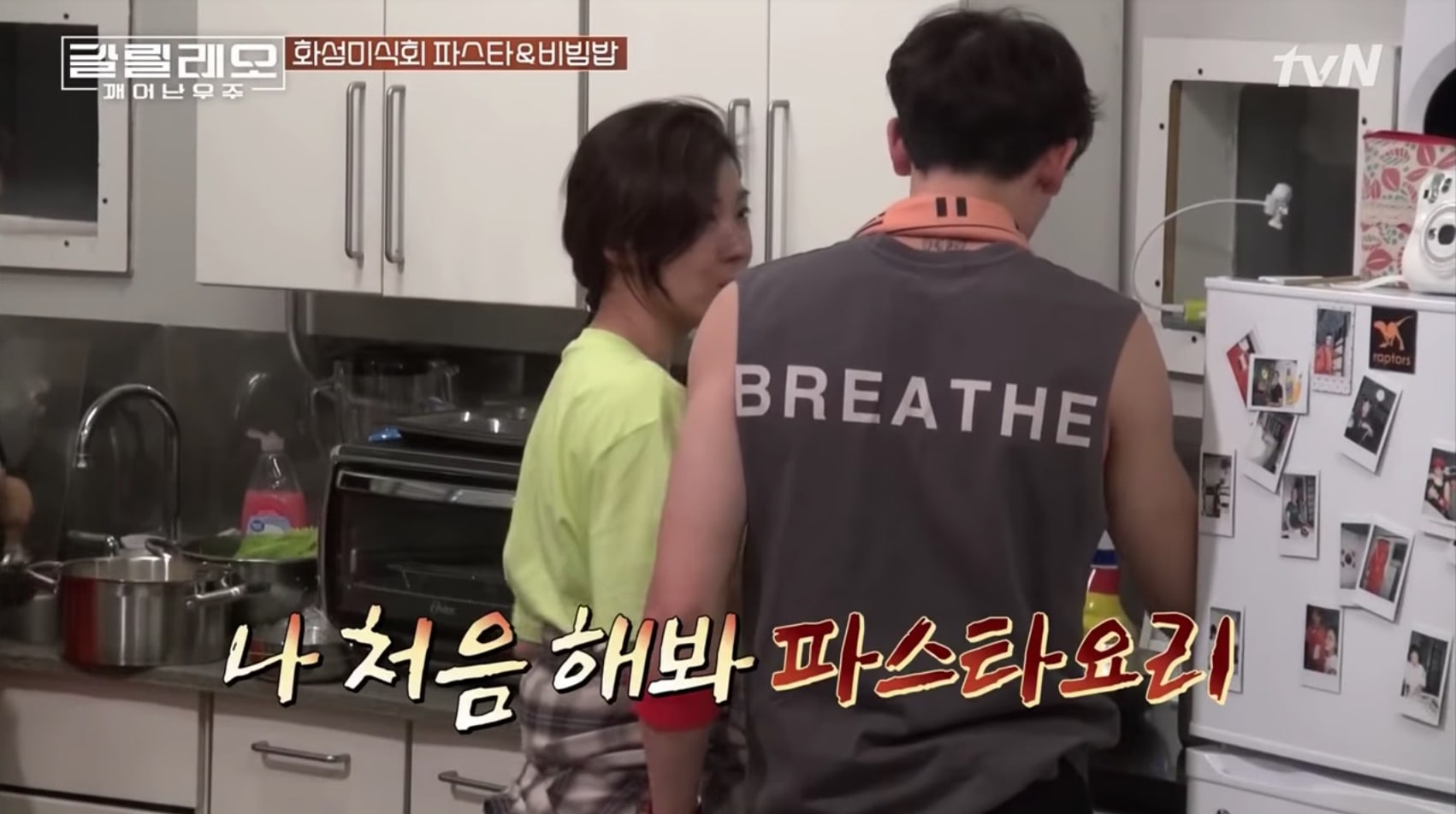 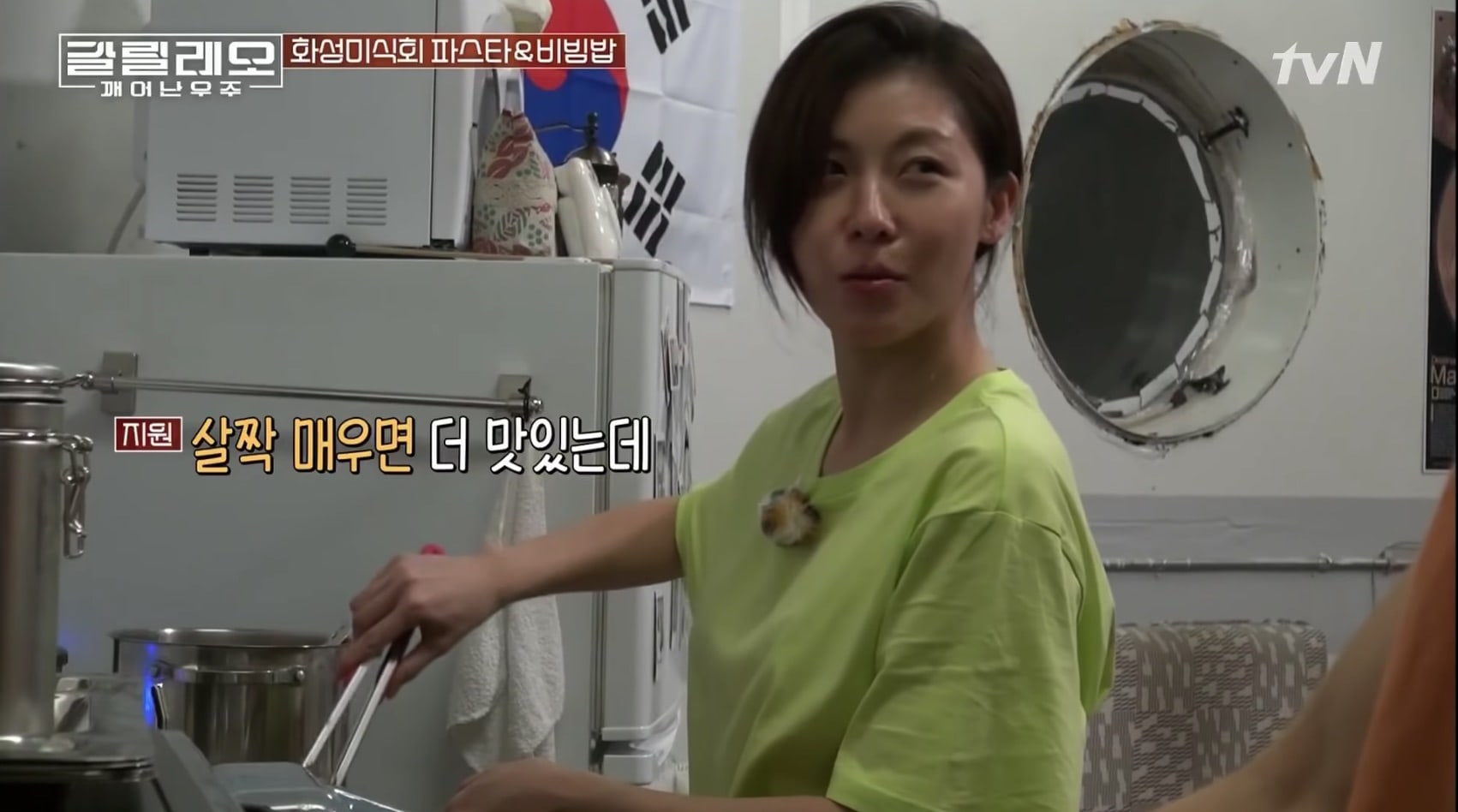 Fortunately, with Nichkhun’s help, she was able to get it done!