On the latest episode of “Running Man,” BLACKPINK’s Jennie and Song Ji Hyo had a bit of a scare!

Last month, Jennie made a particularly memorable appearance on the SBS variety show’s summer special. During a mission in which the members had to decide between two paths, the BLACKPINK member bravely chose to go through the “horror room,” which was essentially a small-scale haunted house, instead of the “mirror room,” which required navigating a maze.

Despite the protests of her partner Lee Kwang Soo, Jennie insisted that she wasn’t easily scared and that she would lead the way if he became frightened. However, immediately upon entering the “horror room,” she began to panic and became so terrified that she later started sobbing. The video clip of Jennie’s adorable reactions went viral, racking up over 1 million views online.

When Jennie returned for another guest appearance on the August 12 episode of “Running Man,” Yoo Jae Suk jokingly teased her about the incident. Mentioning the video clip’s popularity, he said, “To be honest, I’m a real scaredy-cat too, but the room wasn’t actually that scary!” Jennie replied with a laugh, “I found out for the first time that day that I’m someone who gets startled that easily.” 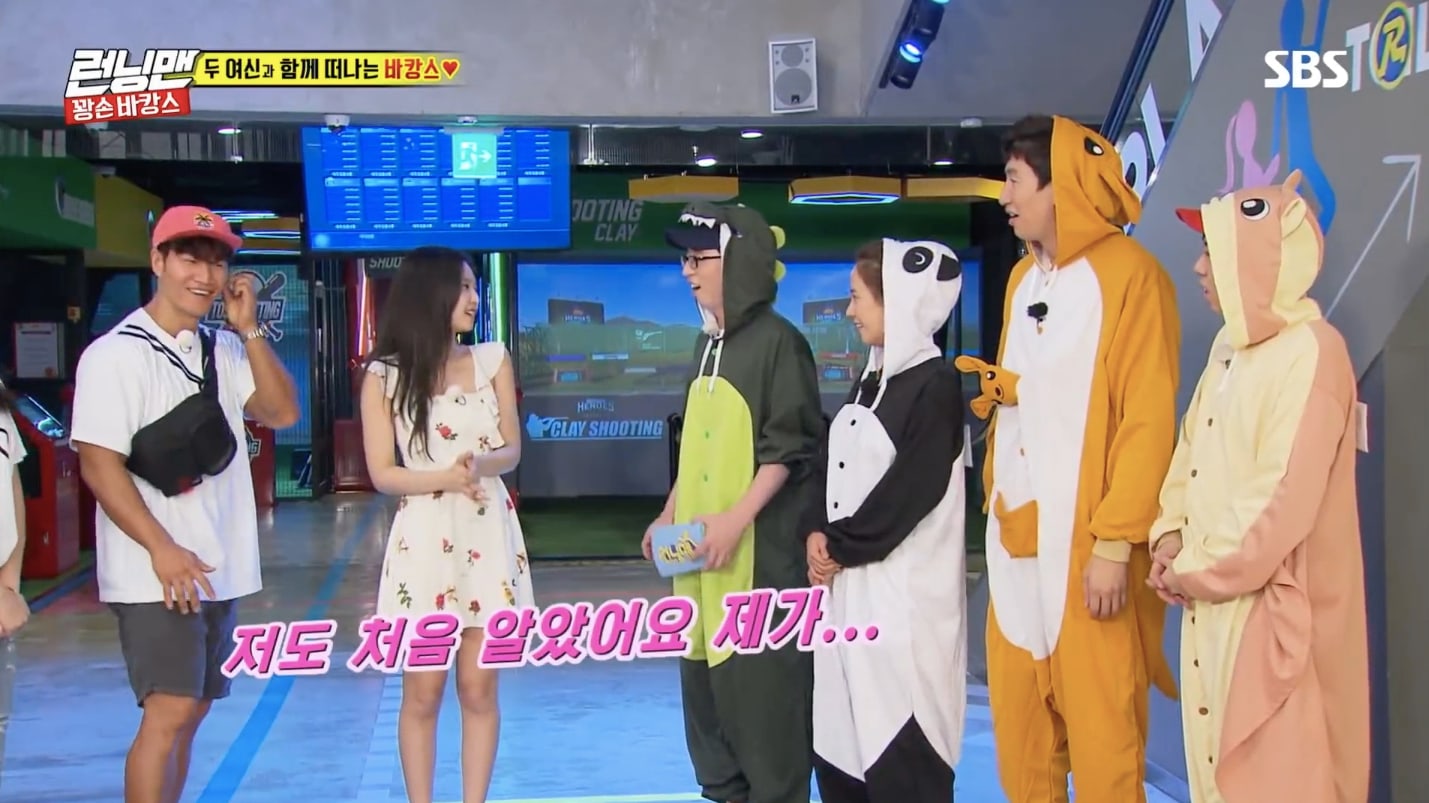 Later on in the show, Jennie and Song Ji Hyo paired up for a mission in which they had to guess an object while blindfolded. One of their team members dangled the object—in their case, a slab of pork rind—between the two partners’ cheeks, and they attempted to identify the object just by feeling it with their faces.

As soon as the game was announced, Yang Se Chan remarked, “Jennie is going to freak out,” with Kim Jong Kook agreeing, “Jennie might pass out [from fear]!”

Jennie’s reactions to the game didn’t disappoint—once the guessing game began, she and Song Ji Hyo soon started screaming hysterically at every brush of the pork rind on their faces. However, she still tried her best to identify the mysterious object, guessing incorrectly that it was a shoe insole.

The terrified Jennie clutched Song Ji Hyo as they trembled in fear together throughout the game, and at one point, Song Ji Hyo cracked everyone up by accidentally kissing Jennie on the cheek.

Check out the clip of Jennie and Song Ji Hyo below!

You can watch the full episode of “Running Man” here: