According to Nielsen Korea, the August 12 episode of the show starring Shinhwa achieved an average viewership ratings of 12.6 percent with a peak at 15.5 percent, which was the highest in its time slot. On the other hand, MBC’s “The King of Mask Singer” recorded on average a rating of 7.7 percent, while SBS’s “Running Man” scored a rating of 6.4 percent. MBC’s “Dunia” recorded low ratings of 1.9 percent, and SBS’s “Master in the House” had its average ratings at 6.8 percent.

During this episode of “2 Days & 1 Night,” Shinhwa and the regular cast of the show played several games that showed off Shinhwa’s strong bond and witty humor. The veteran idols, who debuted 20 years ago, adapted perfectly to the variety show by being funny in every single aspect (even while eating watermelon), making the viewer ratings skyrocket. Along with their energetic desire and competitive nature, they successfully drew out the laughter of viewers by showing off their keen sense of entertainment. 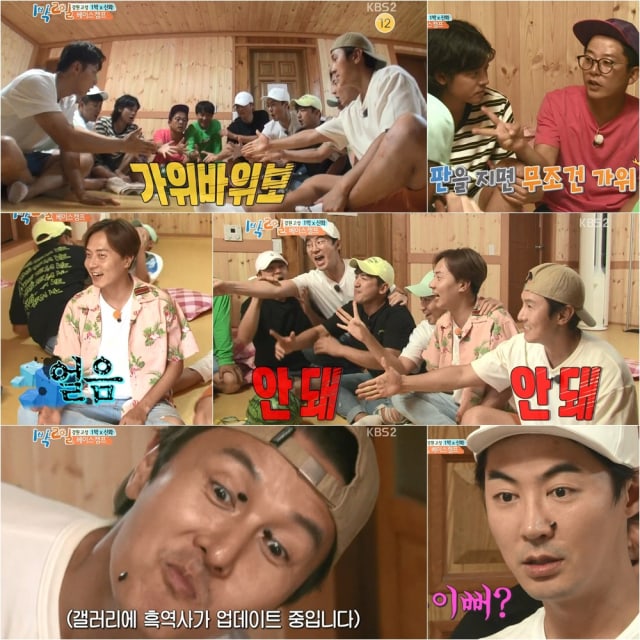 Check out the hilarious episode below!