The new images show Seo Ri and Woo Jin lying on a grass field late at night. Whereas Seo Ri is wide awake, Woo Jin is fast asleep as if he’s in his own home. She is watching over him with a hint of nervousness in her eyes, when he suddenly turns to her direction and catches her off-guard. Seo Ri’s face reddens and her eyes widen at the sudden move, and it makes viewers curious to know if she will realize her love for Woo Jin.

The production staff stated, “The upcoming episode will show Shin Hye Sun and Yang Se Jong getting one step closer to each other. Their lovely chemistry will get viewers’ hearts racing and help forget about the sweltering heat.” 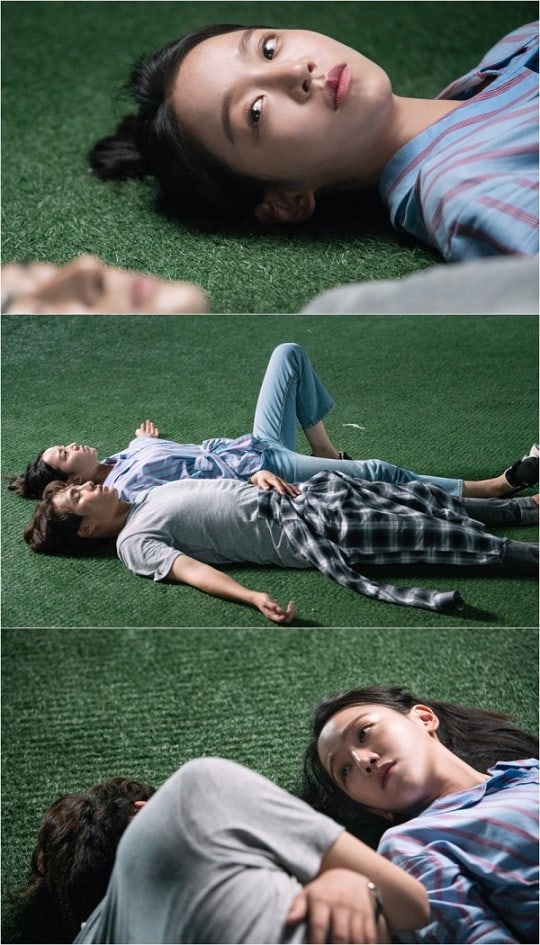 The drama has also shared new behind-the-scenes stills showing a quirky side of Woo Jin. In the previous episode, Woo Jin stole the spotlight when he was seen using a drain cleaner while wearing a pair of lace socks. The scenes in which he held the drain cleaner like his life depended on it had viewers laughing, and drew intrigue as the new items signaled a change in Woo Jin and Seo Ri’s relationship.

The drain cleaner not only provided an opportunity for Woo Jin and Seo Ri to share a memory together as Seo Ri had previously lived in the house, it also brought the two together for a moment of physical contact and romance. The lace socks were a reflection of how Woo Jin was slowly opening up to Seo Ri, despite still trying to cut himself off from the rest of the world. Seo Ri was the one who put the lace socks on his feet, and he kept them on despite complaining about them earlier. 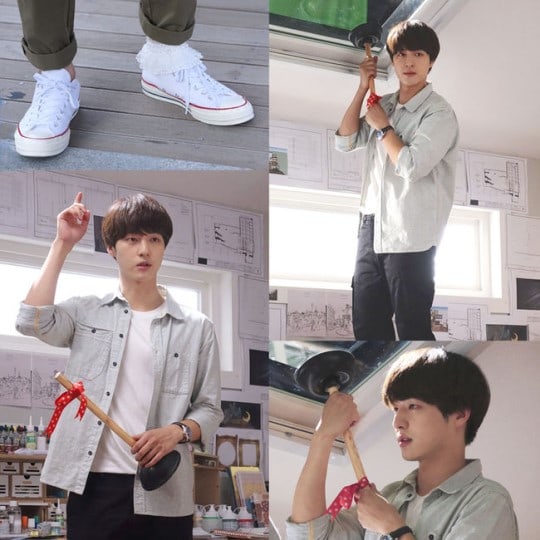 The stills show that the romance blooming between Woo Jin and Seo Ri’s relationship will continue to flourish as the episodes progress. Why the two characters are lying in a field late at night, and what will happen next for them will be revealed in the upcoming episode of “30 But 17.”