The details were shared through the singer’s official Twitter account on August 13, along with explanations for what they signify.

The logo is simple yet meaningful. Jeong Sewoon’s official fan club name is Haengwoon (Lucky), and he uses a four-leaf clover for the logo design as it is commonly known as a sign of luck. His own personal touch has been included through a period following the four-leaf clover that comes from his signature. By connecting these two components together, “The logo represents that Lucky and Jeong Sewoon are connected.” 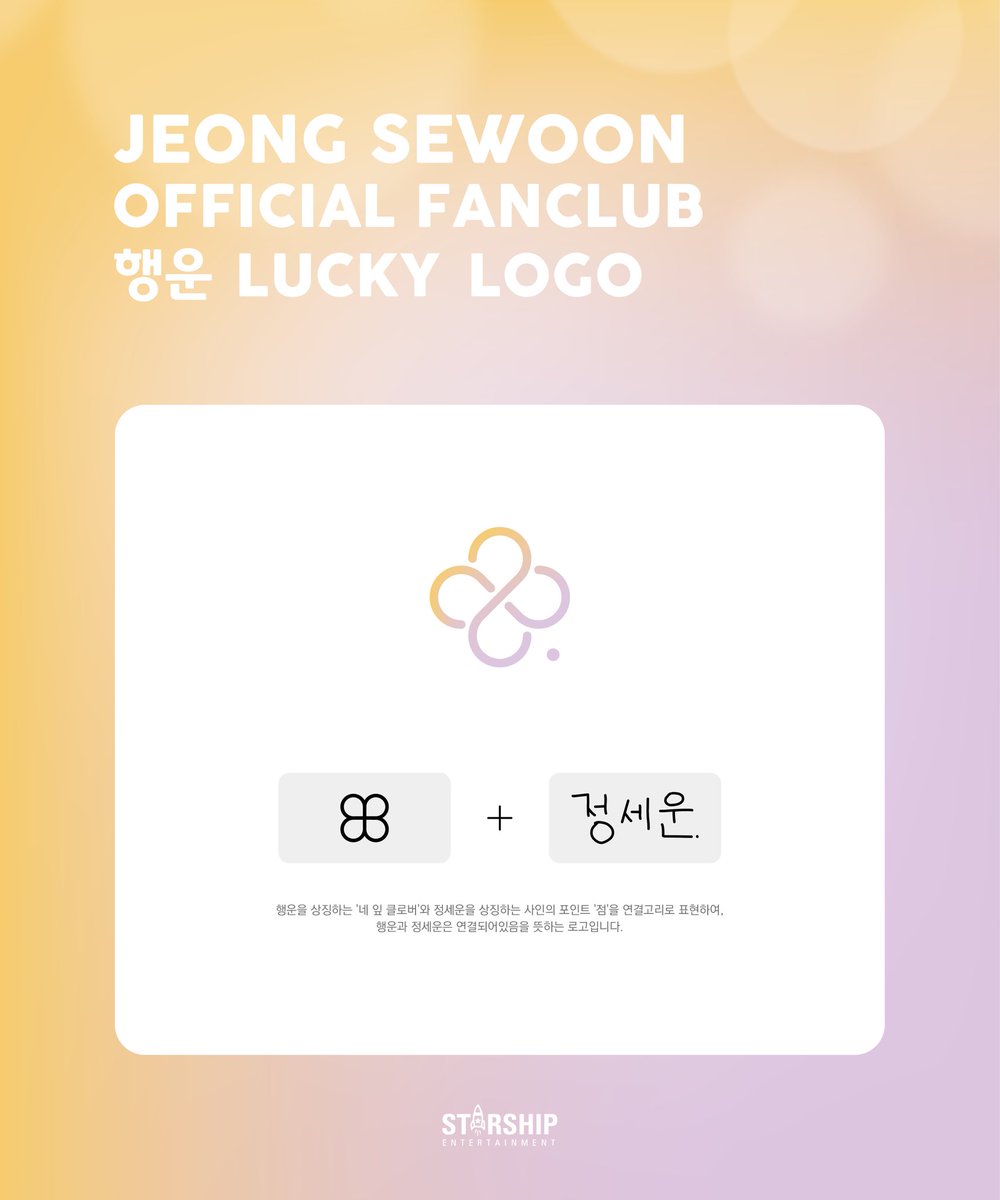 Jeong Sewoon has also announced his official colors, which will be a mix between Pantone 531, Pantone 134, and white silver sparkle. As explained by the image presented, Pantone 531 refers not only to Jeong Sewoon’s birthday of May 31, but also the color of scilla, his birth flower. Pantone 134 is the color that represents happiness and luck, referring back to his fan club name. The white silver sparkle is meant to be a representation of the shining moments Jeong Sewoon and his fans share. 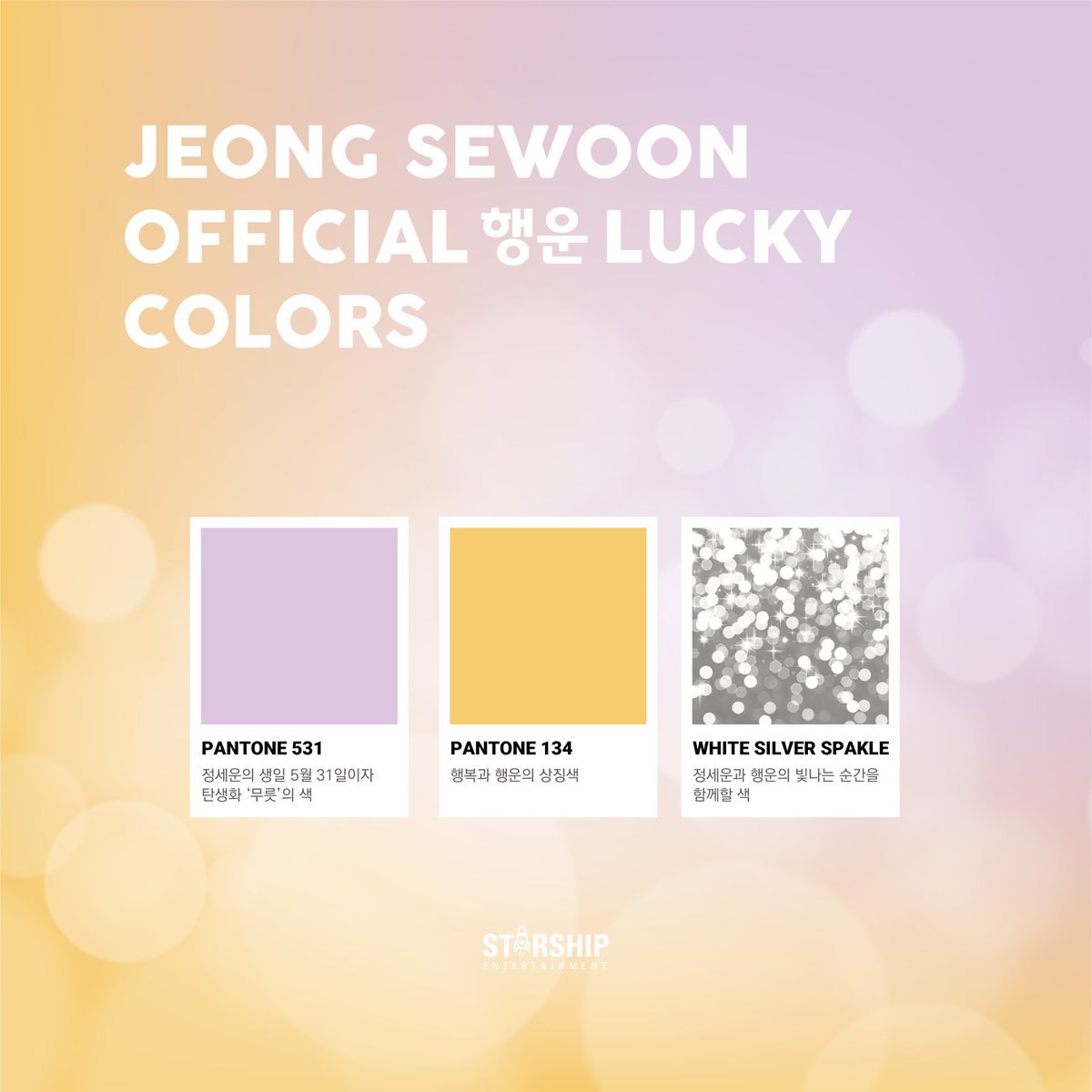 Are you loving these details shared by Jeong Sewoon?