In the drama, the on-screen couple sat across each other in a convenience store. Wearing a neck brace and left arm in a cast, he began, “You were really devoted to me. I think about that very gratefully.”

When she reached for a bottle of water, HaHa flinched in fear of her bad luck. He continued to ramble, “You’re nice, pack good lunches, pretty at certain times, and a really great person who helps people in need.”

Oh Eul Soon snapped and asked him to get to the point as she had to go. HaHa finally managed to say, “Meet someone better than me. Please.”

Listing some examples of her bad luck such as getting hit by a falling road sign three times in a year and going to the police station while helping someone in need, HaHa stuttered, “You really have bad luck. Such bad luck. I— This time when I rolled down stairs or how I keep failing my test— That could be all because of you! I’m really scared of you. I feel like I’m going to die just being next to you.”

Resigned to her fate, Oh Eul Soon replied, “Go. Go before my mind changes. Let’s never see each other again.”

After hurriedly thanking her, he rushed to leave, but not without finally suggesting that eight years of failing as a scriptwriter may mean that she should just stop. 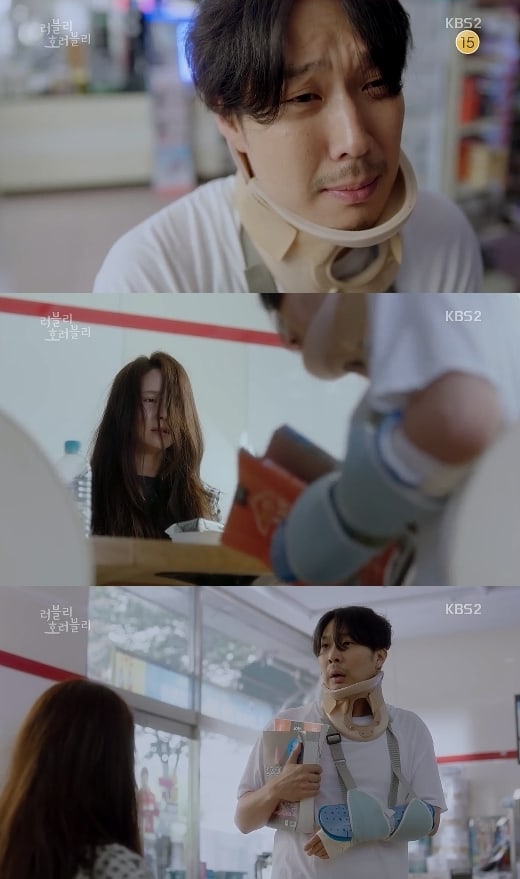 “Lovely Horribly” airs on Mondays and Tuesdays at 10 p.m. KST. Check out the first episode below!

Song Ji Hyo
HaHa
Lovely Horribly
How does this article make you feel?