On the next episode of MBC’s “Time,” Girls’ Generation’s Seohyun must face her ex-boyfriend Kim Jun Han in a dramatic meeting!

Seohyun stars in the drama as Seol Ji Hyun, a bright and optimistic aspiring chef who is forced to become the breadwinner of her household at an early age, while Kim Jun Han plays her ex-boyfriend Shin Min Seok, a lawyer who works for W Group. Although the two dated for six years, Shin Min Seok cruelly dumped Seol Ji Hyun after the deaths of her sister and mother, as she was trying to unearth the very same truth behind their deaths that he was attempting to hide. He also did his best to throw his ex-girlfriend off the scent and keep her from learning the secret that she so desperately wanted to uncover.

In newly released stills from the drama’s upcoming episode, Seol Ji Hyun and Shin Min Seok awkwardly reunite at a cafe after their breakup. Although the conversation between the former lovers starts out polite and pleasant, it quickly takes a turn for the worse, and the photos show Kim Jun Han looking angry as Seohyun stares calmly back at him. 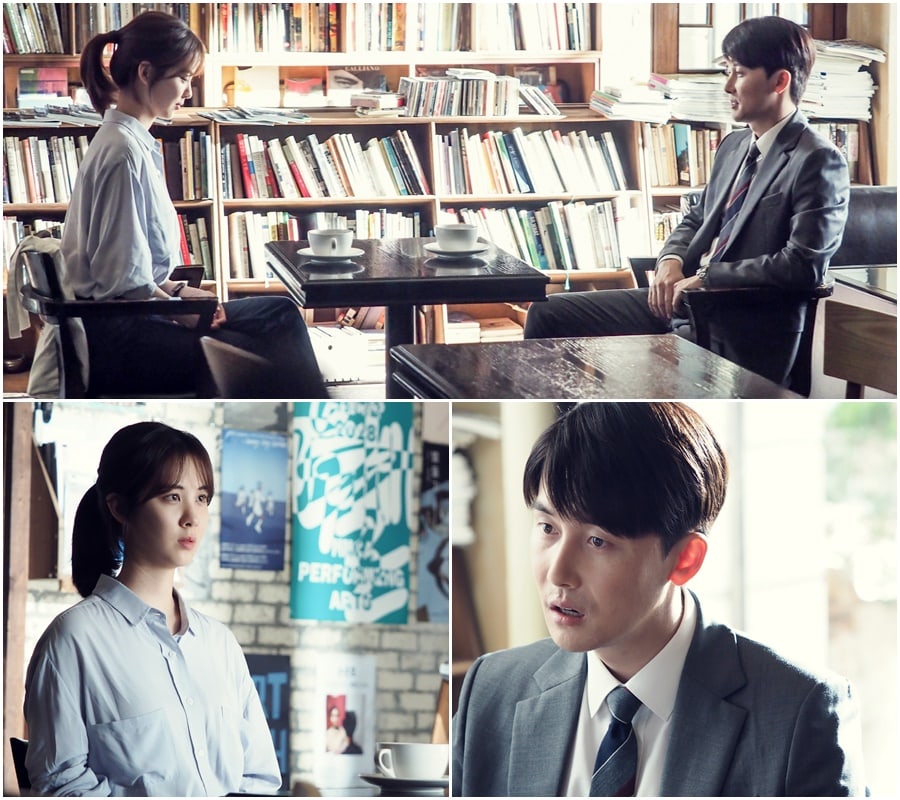 The producers of “Time” teased that later on in the scene, both Seol Ji Hyun and Shin Min Seok end up racing to the roof of the building and staring down at the ground with dumbstruck expressions, leaving viewers to guess what the two ex-lovers will find so shocking.

They also reported that although the two actors were all smiles between takes, as soon as the camera started rolling, they quickly switched gears and flawlessly conveyed the uncomfortable tension between their characters.

“Throughout filming, Seohyun and Kim Jun Han always brighten the atmosphere on set with their affectionate, sibling-like chemistry,” said the producers. “Even though we were shooting a tense scene in which Ji Hyun and Min Seok meet alone for the first time in a long while, neither of them ever stopped smiling [between takes], and the crew never stopped smiling as well.”

They added, “On this week’s broadcast of ‘Time,’ a story will unfold that will have viewers even more immersed in the drama. Please look forward to it.”

The next episode of “Time” will air on August 16 at 10 p.m. KST. In the meantime, catch up on the latest episode of the drama below!