Ji Chang Wook, Kang Ha Neul, and INFINITE’s Sunggyu attended a press conference for the upcoming musical “Shinheung Military Academy” and opened up about appearing in the production while serving in the military.

“Shinheung Military Academy” will be set at the academy of the same name that was at the frontline of the independence movement in Korea against Japanese imperialism. The musical will highlight the lives of ordinary youths who put their lives on the line in order to form a free nation. A total of 37 cast members will make up the musical, with many of the participants being soldiers who excel in acting, singing, and dancing

Ji Chang Wook will play Dong Gyu, a top student at the academy who is also the son of a man who died by suicide to express his resistance to imperialism. Kang Ha Neul will play Pal Do, who grew up an orphan and becomes an integral part of the army for national independence through the academy. Sunggyu will play Ji Chung Chun, who graduated from a Japanese military academy but returns to Korea to actively lead the independence movement. 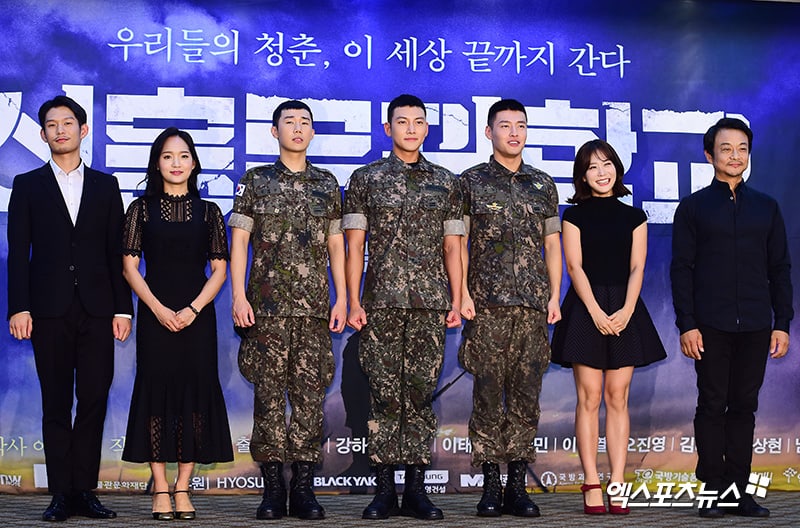 Ji Chang Wook opened up about the opportunity as he said, “I’m grateful to be given the opportunity to be one of the soldiers to participate in such a great project. This is a very meaningful project for me, and I’m having so much fun preparing for it.” He went on to say, “I’m working hard with my fellow soldiers, my seniors, my friends, my fellow actors. We’ve shared both tears and laughter making this project, and I hope people will anticipate it.”

Kang Ha Neul said, “I approach every project I take part in with the mindset of making sure I have fun and enjoy myself. From the moment I joined this musical, I knew that I would be able to have fun and bring joy to many people. There are many soldiers in the army who hold dreams of becoming an actor. Though not all of them will be able to stand on stage through this production, many were able to audition and be selected for the musical. It is with these people that I have had the chance to share this meaningful moment, and they are a big reason why I am able to have so much fun. I will continue to work hard.” 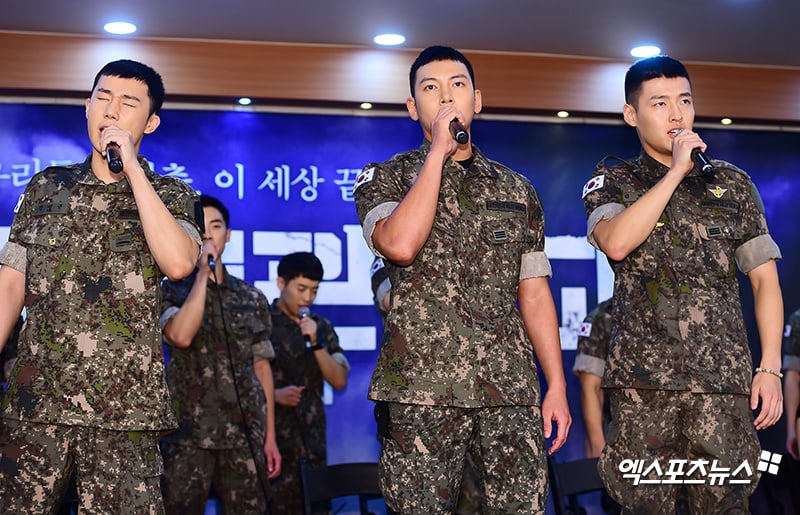 Sunggyu also expressed his gratitude for being chosen to be part of the musical and said, “I am working hard to create a stage that will do justice to the memory of those who sacrificed so much for this country. I am doing my best to create a stage I can be proud of, and that can convey the emotions the characters must have felt.”

“Shinheung Military Academy” will be performed from September 9 to September 23 at the Nationa Museum of Korea’s Theater Yong. The musical will then go on tour around the nation.