MXM recently opened up about working on new music with Wanna One’s Lee Dae Hwi, and shared that they miss spending more time with both Lee Dae Hwi and Park Woo Jin.

MXM held a press conference on August 14 to celebrate the release of their first studio album “More Than Ever.” During the event, Lim Young Min and Kim Dong Hyun shared how excited and nervous they were to be releasing a full album, confidently stating that listeners will be able to see a new side of the duo. Both members participating in composing and writing lyrics for the album, a reflection of their growth as musicians. 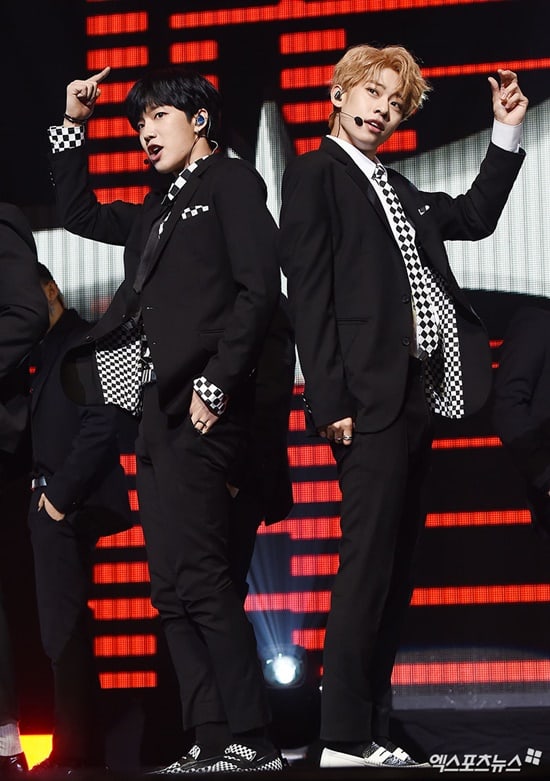 Not only did both members contribute to the album, but they also received help from labelmate and Wanna One member Lee Dae Hwi. “I Wish You’d Love Me” (literal translation) is a R&B hip-hop track that the he gifted MXM, and he also worked on “Dawn” with Lim Young Min. The MXM member said, “Lee Dae Hwi visited us on his day off to direct us in the recording studio. He could have used that day for himself, but he came to help us.”

He went on to say, “We were grateful for him being there to go through everything. We shared a lot of conversations as ‘producer and co-lyricist.’ I had so much to learn from him. He explained the kind of atmosphere and mood he wanted to create through the song. He was really exact in what he wanted to express because he wrote the song.” 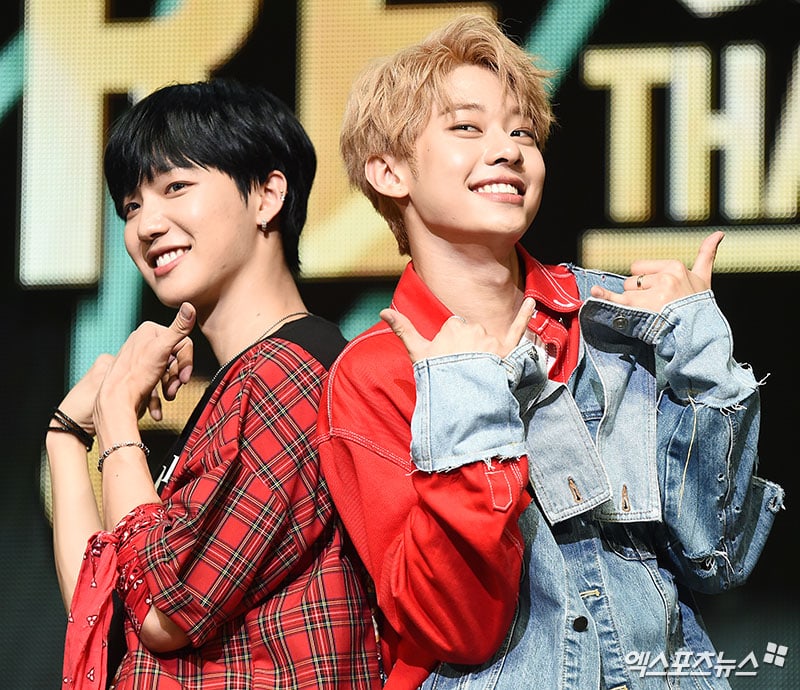 MXM was a group that was born after the members’ appearance on “Produce 101 Season 2,” along with Wanna One members Lee Dae Hwi and Park Woo Jin as Brand New Boys. They were asked if they could talk about what they’ve gained and lost by appearing on the survival show.

Lim Young Min said, “We’ve received love from so many people through our activities as MXM. The fact that we are able to even release a full album is something we’ve gained. We haven’t lost anything. We are grateful for every day. One thing that does make me sad is the time we spend apart from Park Woo Jin and Lee Dae Hwi. The four of us might become a group later, and I do feel sad sometimes that we’ve been living apart for a year and it’s been difficult to stay in contact.”

Kim Dong Hyun added, “When we didn’t make our debut through ‘Produce 101 Season 2,’ we weren’t sure of our future. But we’ve been given this great opportunity to get our names out there as MXM. We’re so happy that I wonder if there’s anything we’ve lost, but because Lee Dae Hwi and Park Woo Jin are in a different, I do sometimes think, ‘If things had turned out differently, we might have been in the same team right now.'”

Finally, the two MXM members were asked what their goals are for their album and Lim Young Min shared that he hopes they enter the Top 50 charts while Kim Dong Hyun expressed his desire to get a music show win as he added, “We hope to have more chances to get our music out there.”

MXM made their comeback on August 14 with “YA YA YA,” check out the music video here!