Watch: DIA Takes Tearful 1st Ever Win On “The Show” With “WooWoo,” Performances By Leo, LABOUM, And More

DIA has won their first ever music show trophy!

DIA looked shocked by their win, and Yebin cried as she thanked their agency head Kim Kwang Soo and staff. “We debuted in September of 2015 and made a comeback after 10 months,” she said through tears. “Thank you so much to our fans AID who love us and support us, our members, and our family.” 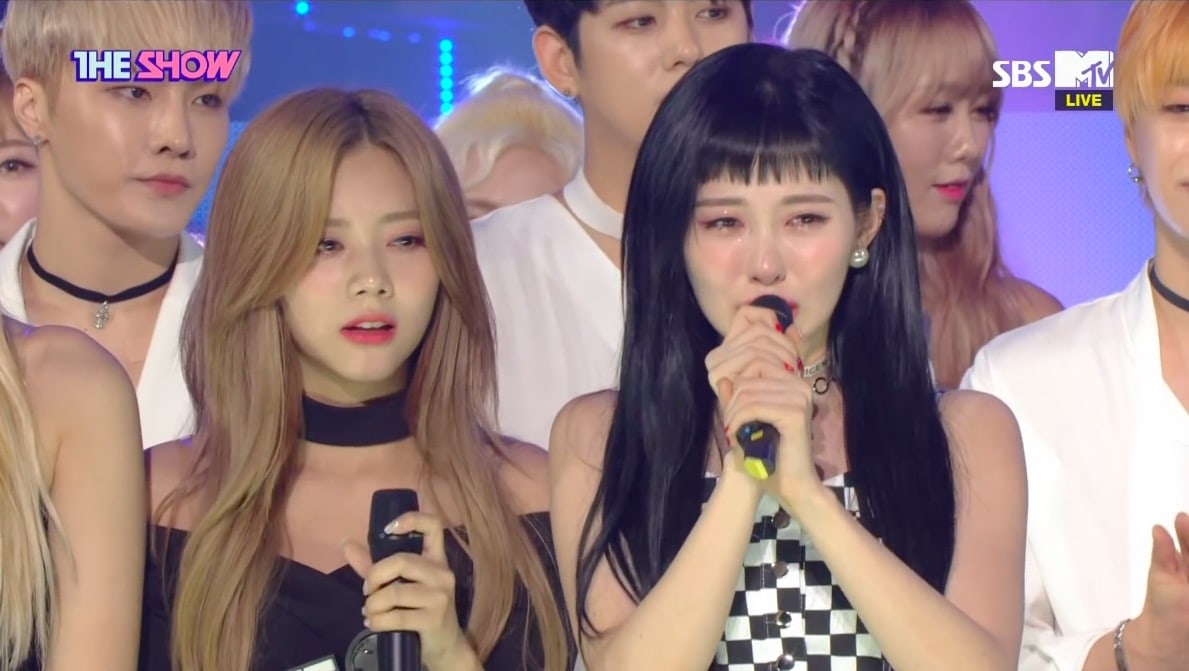 Watch DIA’s performances and win below!