Park Bo Young shared the way she gets peoples’ real opinions on her films!

In a live broadcast on August 14, Park Bo Young appeared to talk about her film “On Your Wedding Day.” During the show, she said that once her films hit theaters, she buys a ticket herself and watches from the back row to see how the audience reacts.

“I’m only told good things by people who know me, and I’m curious about what the real reviews are like,” she said.

Park Bo Young said, “When the movie’s over, the audience stands up and shares their thoughts on it, and amazingly, I can hear everything. I went into the washroom and I heard people from the audience talking about their honest thoughts on it as they washed their hands. Sometimes I get hurt from it, but when I hear compliments I feel really great.”

“I wear a hat and a mask so they don’t know I’m Park Bo Young, and I go to different theaters,” she explained. She made the host laugh when she said, “However, I think I won’t be able to go to a theater nearby now that I’ve said that. Maybe I need to go somewhere outside of Seoul.” 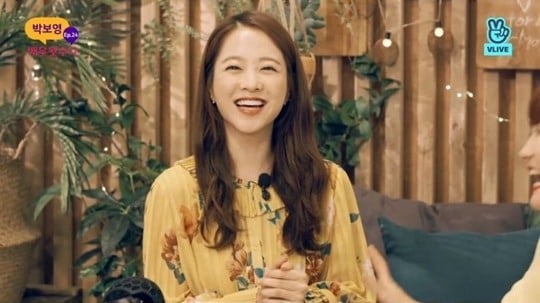 “On Your Wedding Day” also stars Kim Young Kwang, and will hit theaters on August 22.