Park Bo Young got real about when she wants to actually get married!

The actress recently sat down for a Naver V Live broadcast for her new film with Kim Young Kwang, “On Your Wedding Day.”

Without knowing who it would be, actor Hwang Jung Min previously left a question asking the next guest when they wanted to get married if they haven’t yet.

Park Bo Young revealed, “I have no thoughts of getting married right now.”

“I may not be considering it yet, but even if I were to, I would get married when I’m much older,” she explained. “When I was a student, I thought I would get married at a young age. I also thought things would be stable if I marry, but right now, I want to enjoy my current lifestyle.”

The actress added, “However, other people tell me that someone who will change these thoughts will appear.”

As for her ideal ceremony, Park Bo Young is dreaming of a small wedding and wants her future husband to be the one to put on a celebratory performance instead of someone else. 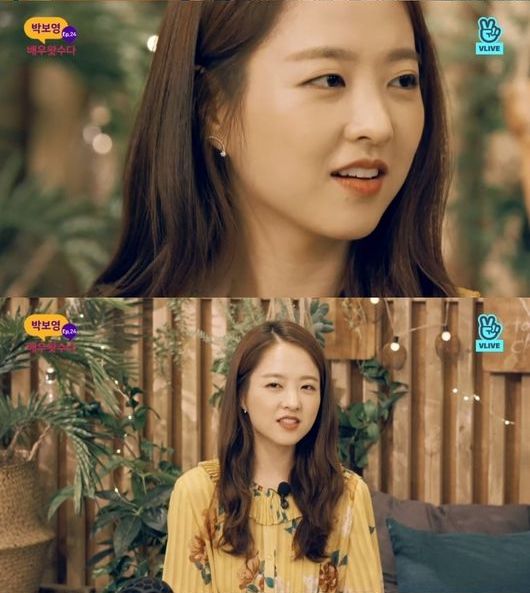 “On Your Wedding Day” is set to open on August 22.