On August 18, KBS’s upcoming weekend drama “The Only One On My Side” (tentative title) released photos from their first script read-through. 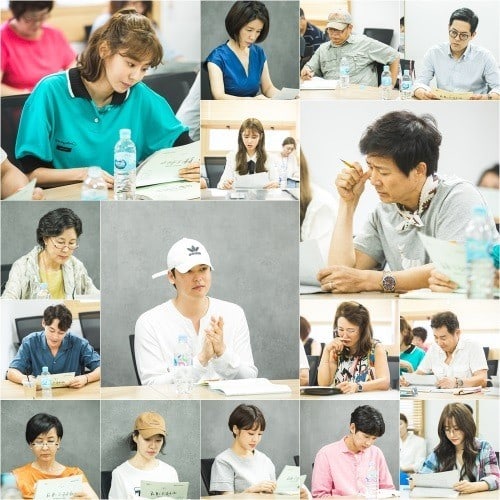 This drama is Choi Soo Jong’s first return to a public broadcast station drama in six years, playing the character of Kang Soo Il, who hides his true identity to protect the happiness of his only daughter.

Uee plays Kim Do Ran, a young woman who stoically endures an unexpected setback in her life through her endless optimism. The character is said to be a 100 percent fit for Uee’s own energy. In his first role since his discharge from the military, Lee Jang Woo plays Wang Dae Ryuk, the ambitious director of a company.

PD Hong Suk Goo said after the read-through, “Ordinarily the first meeting of the cast and the first read-through is a pretty light-hearted affair, but the actors’ sincerity and the emotion of the story has made this moment emotional. I will do my best, along with the rest of the crew, to produce a show that many viewers will love.”

“The Only One On My Side” tells the story of a woman who has to cope with the sudden reappearance of her father after 28 years.