Filming has officially begun for the upcoming movie “The Divine Fury”!

Park Seo Joon, Woo Do Hwan, Ahn Sung Ki, and Choi Woo Shik will be starring together in the new film, which successfully kicked off production with its first shoot on August 14.

“The Divine Fury” marks the reunion of actor Park Seo Joon and director Kim Joo Hwan, who previously worked together on the 2017 film “Midnight Runners.” Park Seo Joon will star as Yong Hoo, a champion fighter who suffers emotional scars from losing his father in a tragic accident at an early age.

Veteran actor Ahn Sung Ki will play Father Ahn, a weary priest and exorcist who continuously risks his life in order to save the possessed souls he encounters. After meeting Father Ahn, Yong Hoo ends up joining him in a dangerous fight against powerful evil forces that unleash chaos and wreak havoc on the human world.

Woo Do Hwan will appear as Ji Shin, a mysterious figure with the ability to see others’ weaknesses and use them to his advantage, while Choi Woo Shik will play the role of Father Choi, a young priest that assists Father Ahn during his exorcisms. 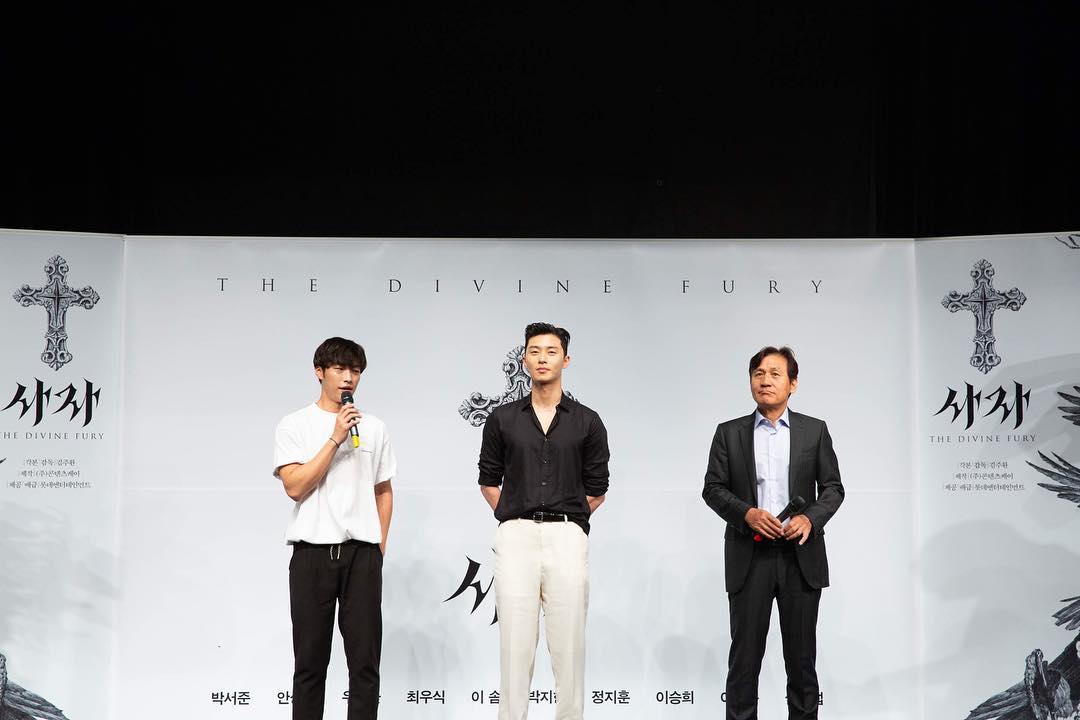 Director Kim Joo Hwan remarked, “We’ll work hard on making the film, so that the finished work can become a movie that receives love from many moviegoers next year.”

Park Seo Joon added, “It seems like [the production process] will be a long journey, so I think the most important thing is that no one gets hurt during filming. I will do my utmost within my assigned role and work hard in order to help contribute to the quality of the film.”

Woo Do Hwan commented, “I consider it an honor to be able to participate in such a great film. I hope that the movie becomes a good memory for everyone—the senior actors whom I respect and admire, my co-stars, the director, and the crew. I will work hard while pondering how I can play my role in order to make the film even better.”

With filming now underway, “The Divine Fury” is scheduled for a premiere sometime in 2019.

Are you excited for this new movie? Leave your thoughts below!