7 K-Beauty Trends You Need To Try Before Summer Ends

This summer, we’ve been blessed with vibrant K-pop comebacks that gave us a wide variety of inspirations for fashion and beauty looks. But before the weather gets cooler and trends start to change, here are some makeup and hairstyles that solo artists pulled off during this sunny season:

For her “Love U” music video and live performances, Chungha wore a lot of colors that are perfect for summer: tangerine, orange, cherry, and bright pinks. To make her eyes pop, a touch of purple or gold shimmer was added under her waterline for that extra shine. Her eyelashes are also volumized for that doll-like effect. 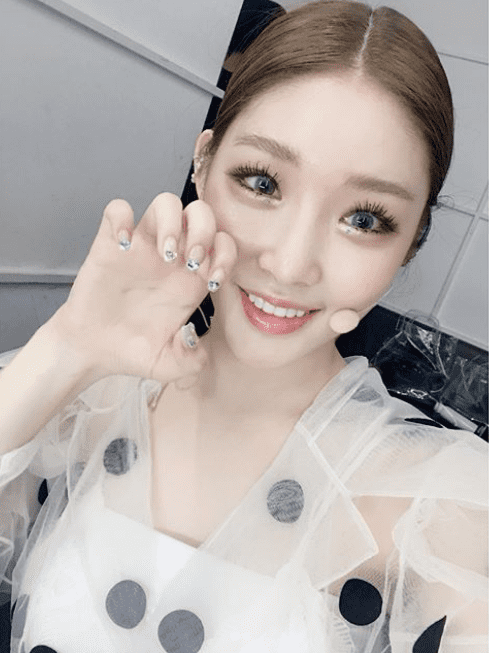 Kyungri also wore an orange shade of lipstick for her “Blue Moon” solo debut, and in another standout look, gold specs were applied on her upper cheekbones matched with a dewy, glass skin. 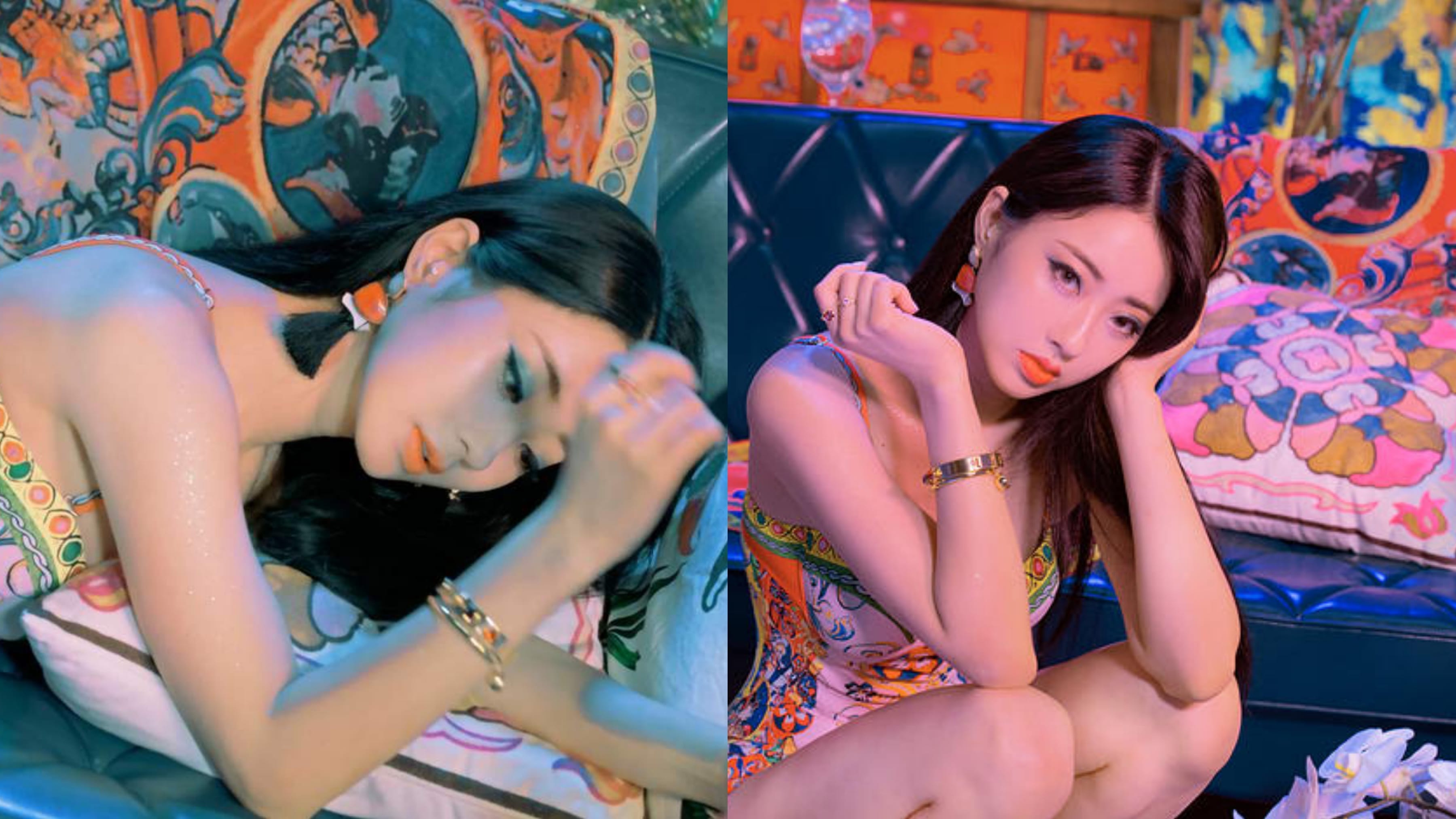 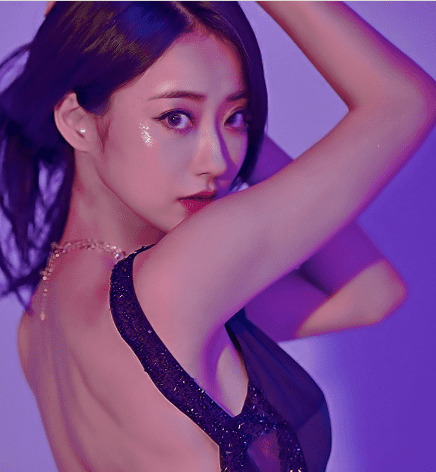 Minseo’s music video for her jazzy song, “Is Who,” shows her entering an other-worldly forest in a concept that’s reminiscent of Alice in Wonderland. So it was very apt that her makeup followed the style of this dreamy world, with star dusts on her face, pink eyebrows, and black and white lashes. Another one of her gorgeous looks was the combination of red, orange, and peach which created an exaggerated flushed look. 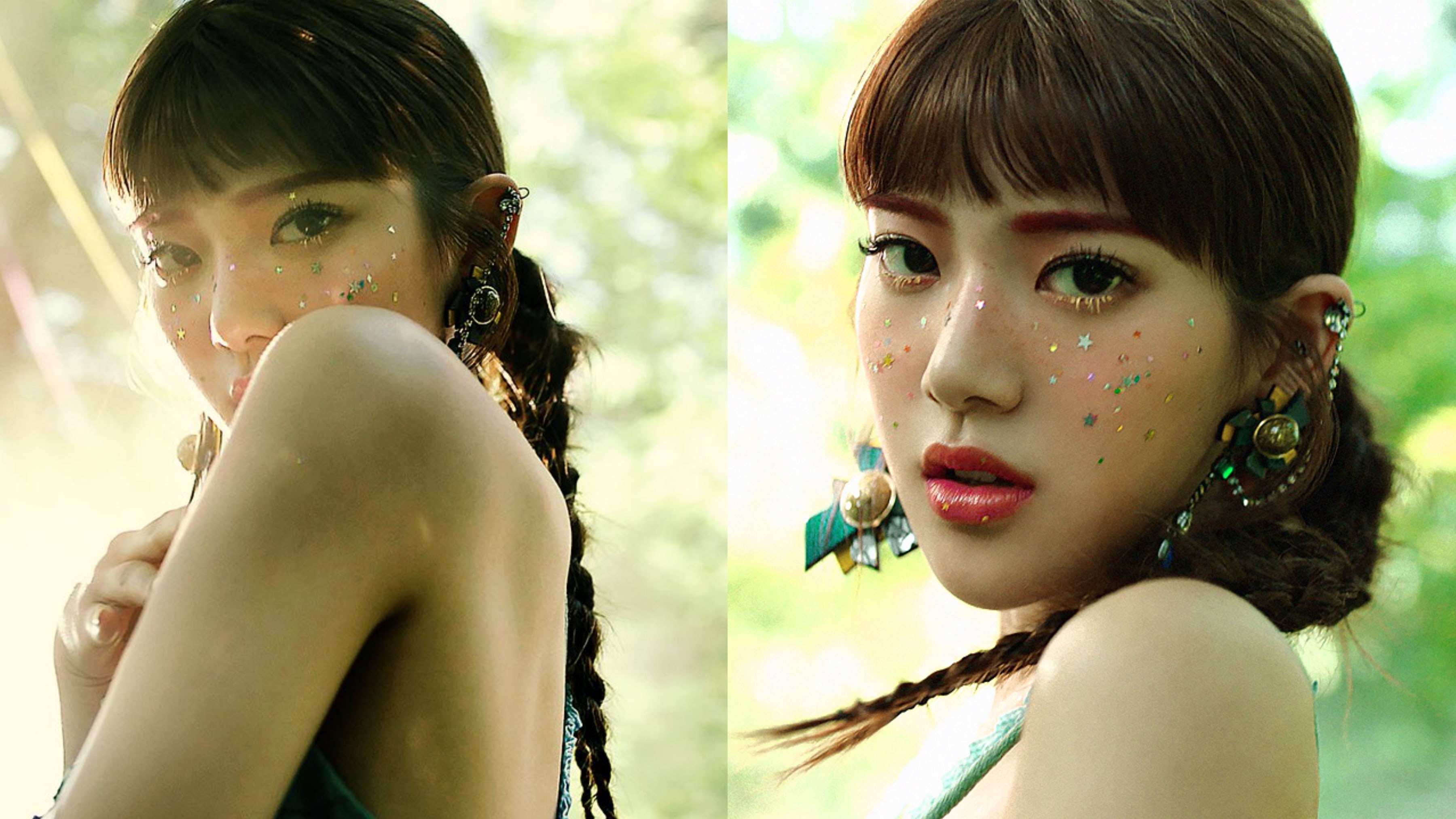 Speaking of otherworldly, sexy diva Hyolyn just came back once again with a summer bop called “Bae,” which is literally what she looks like. She is rocking an effortlessly curly faded unicorn hair with streaks of light blue, pink, and purple. Her double bun is also on point! 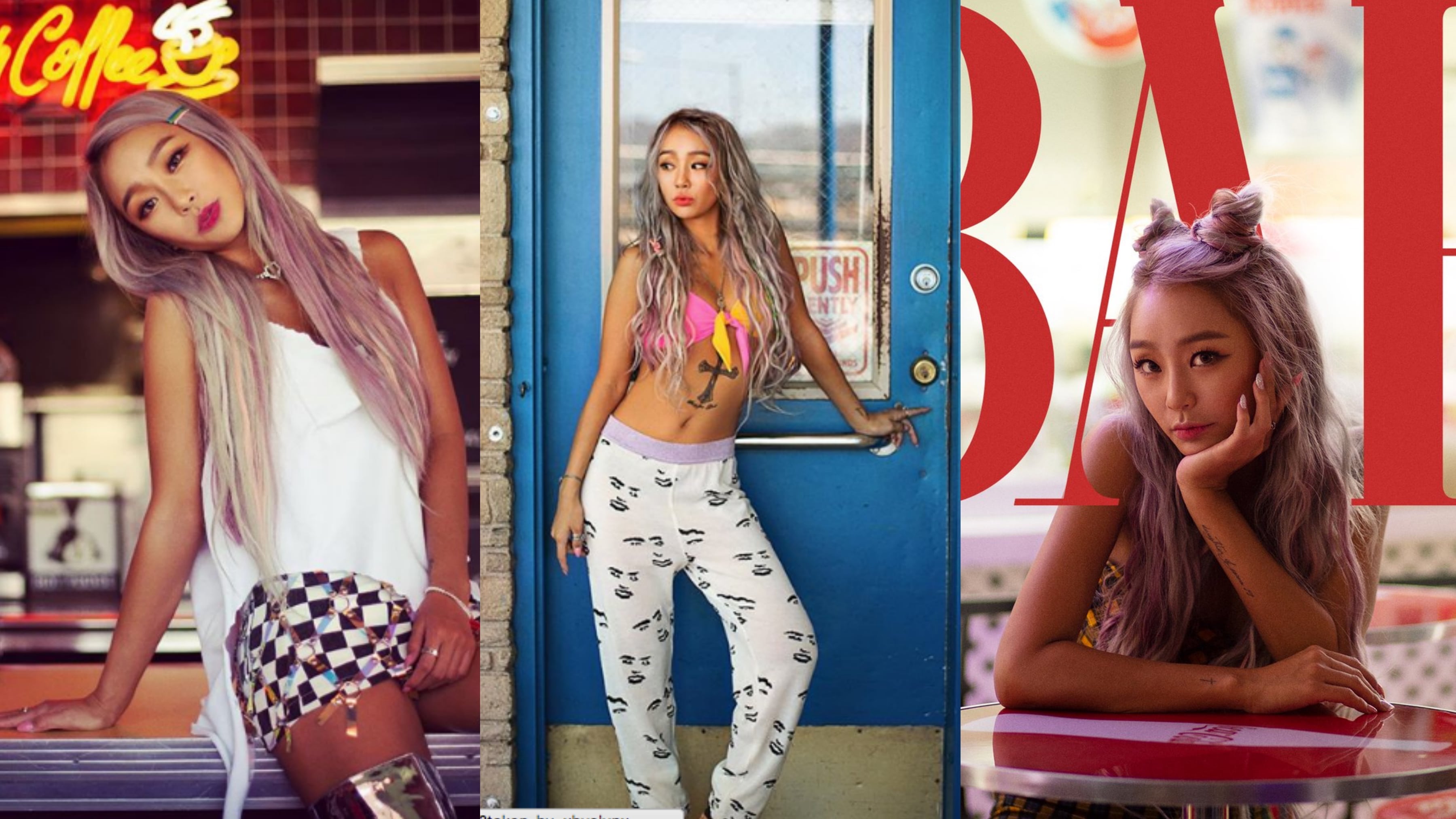 Hyomin is preparing for a solo comeback and she posted a series of photos on Instagram which hinted at her concept. Highlighting more of her fashionable looks, she wore a barely there makeup that showed off her flawless skin. 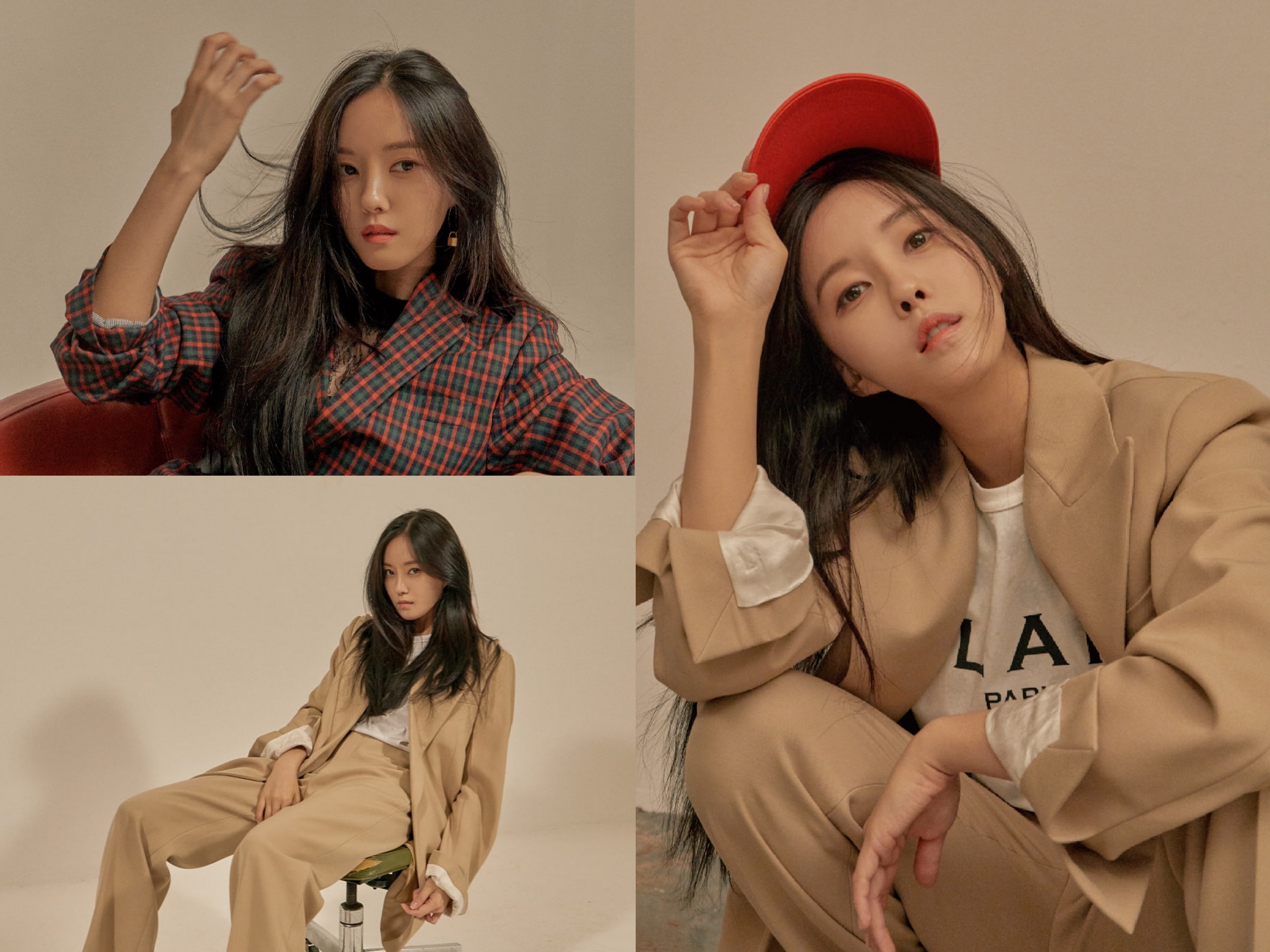 These ladies aren’t exactly solo with a special collaboration and a unit performance, but their looks are definitely turning heads.

For IU’s epic collaboration with Zico in “Soulmate,” she wore a subtle retro look which brought a nostalgic, calming feeling. She had on a yarn-braided hair that looked both youthful and simple.

For her collaboration with Melomance, Taeyeon wore a simple look that matched the mellow and heartwarming vibe of the song, “Page 0.” With her natural beauty, Taeyeon’s features were emphasized with a subtle mauve lip color with little to no eyeshadow for a clean, pretty look. 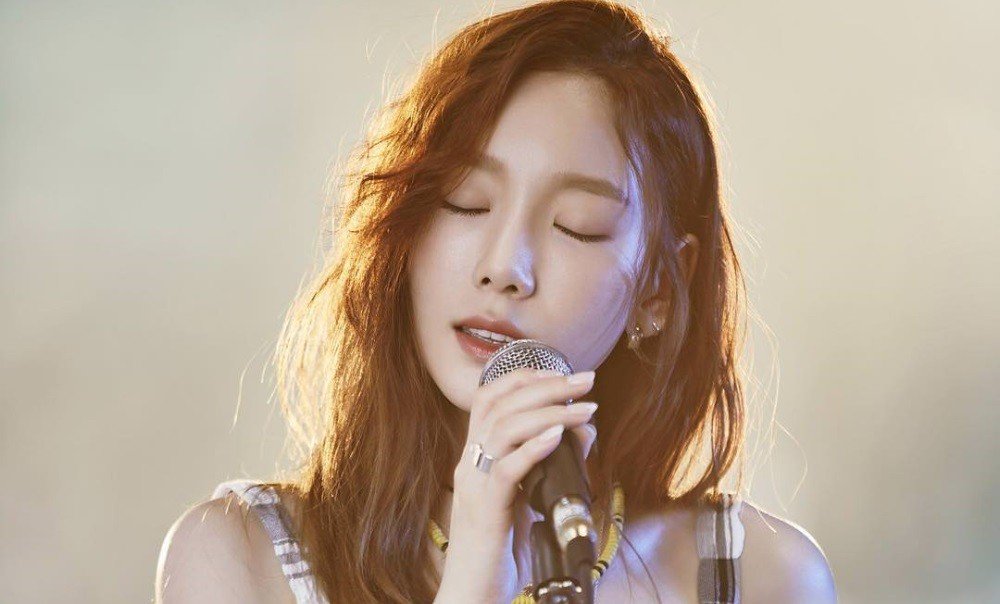 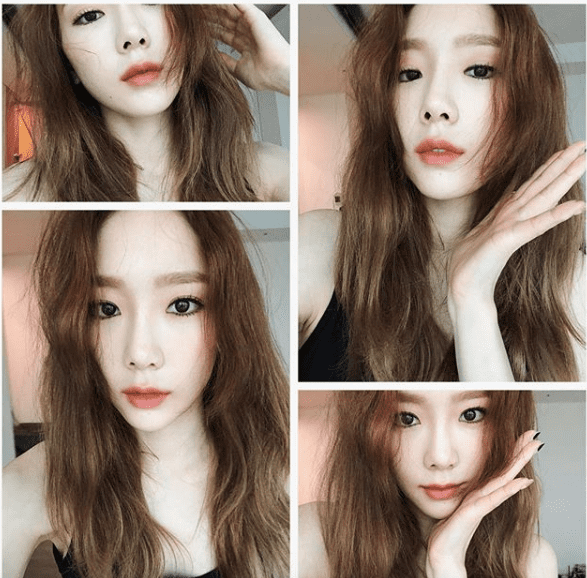 For her recently concluded Triple H “Retro Future” comeback, HyunA wore strong, unique makeup looks which added a vampy edge to her overall style. She wore her signature perfect cat wing for her eyes and a deep red matte lipstick which completed her alluring look. 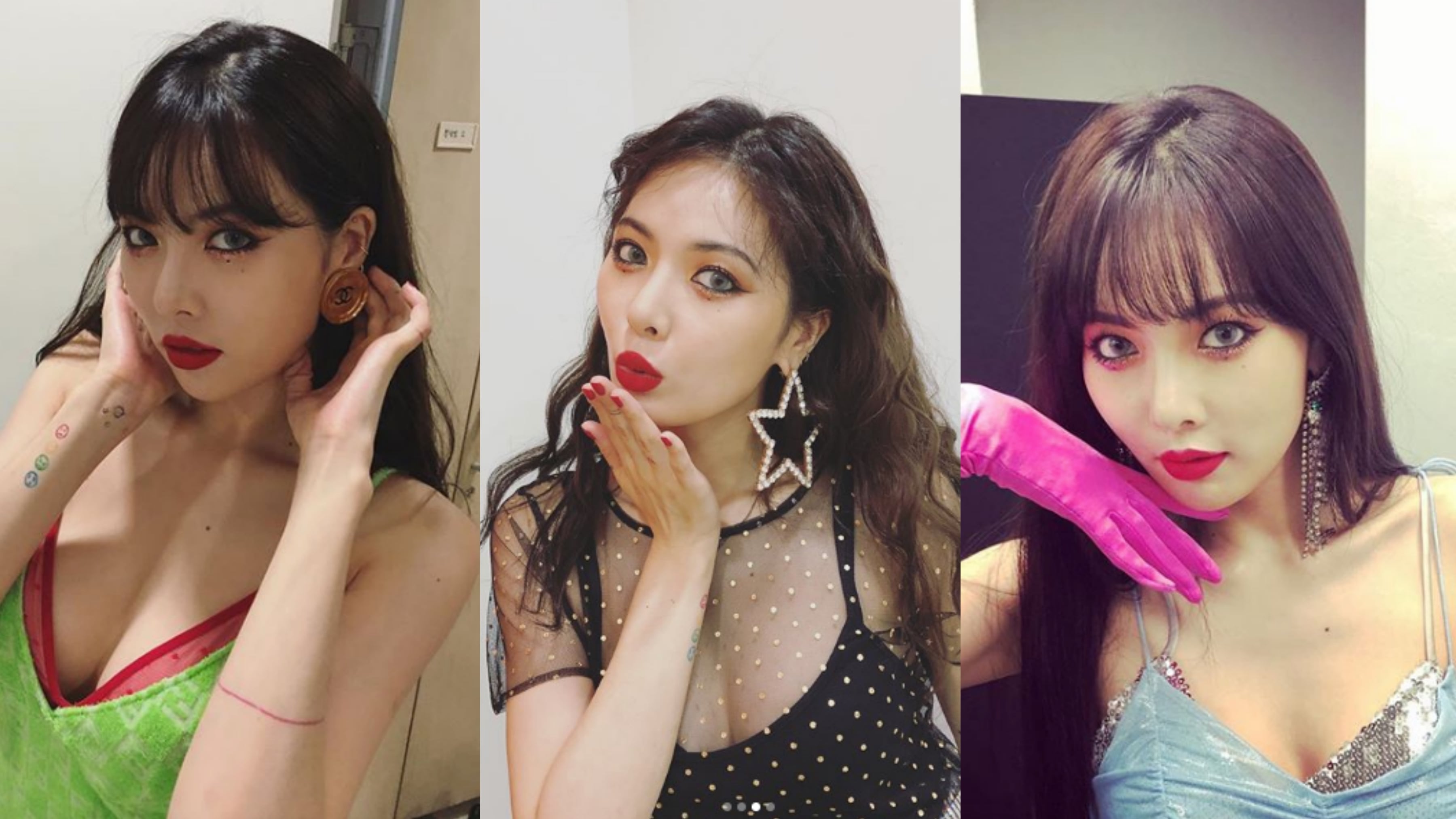 Hey Soompiers! Which of these summer makeup looks is your fave? Let us know in the comments below!