MBC’s upcoming weekend drama “Hide and Seek” has released its main posters ahead of its premiere!

“Hide and Seek” will be a drama that tells the story of greed, secrets, and fate between a woman who is set to inherit one of Korea’s biggest cosmetics firms and another woman who has been living the first woman’s life for her. The main cast includes Lee Yoo Ri, Song Chang Eui, Uhm Hyun Kyung, and Kim Young Min.

The drama has released three striking main posters ahead of the drama’s premiere on August 25. The first poster shows the four main cast members and one child actor. The small child crouching between Lee Yoo Ri and Uhm Hyun Kyung is said to hide a big secret between the two women. 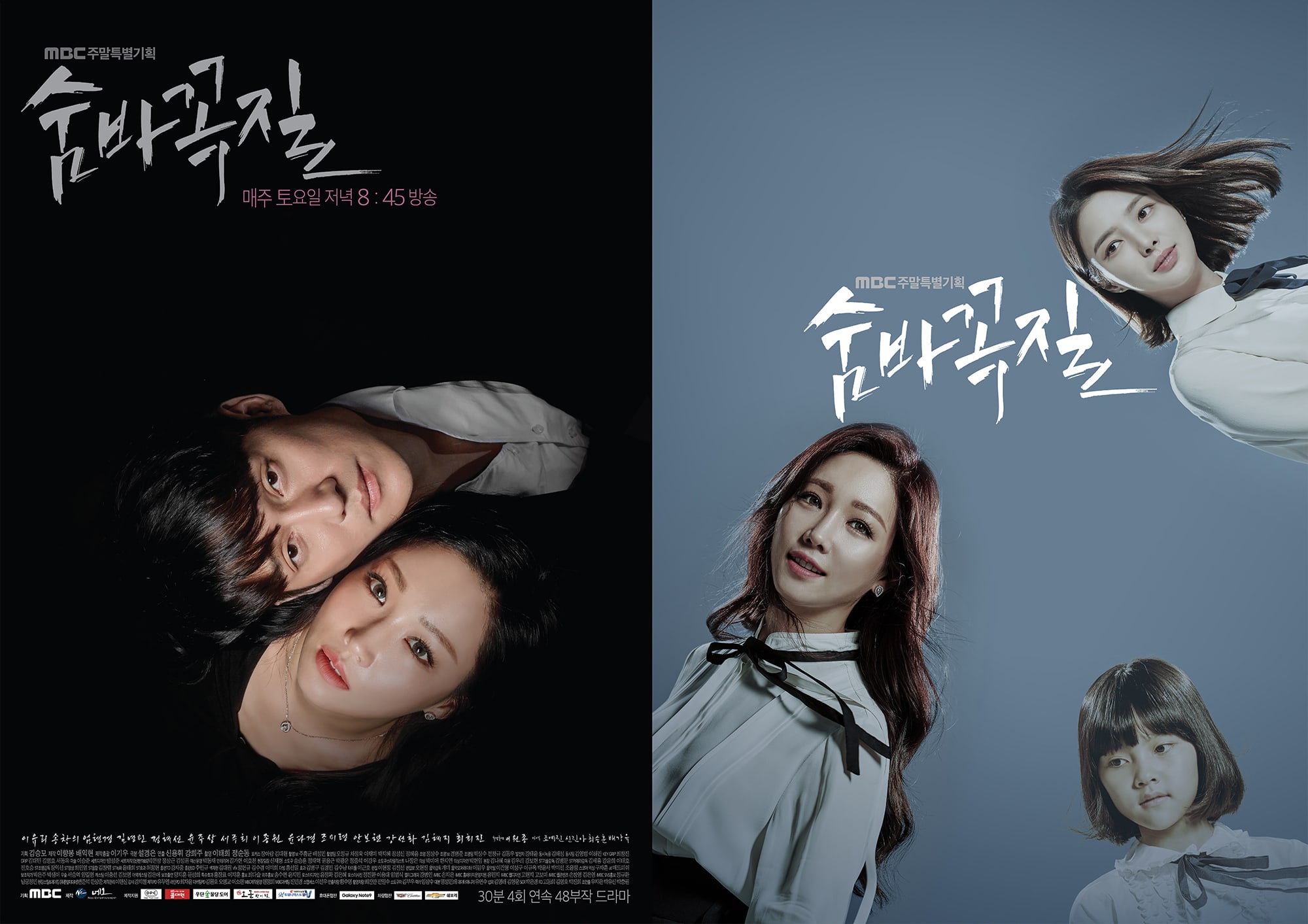 The second poster shows Lee Yoo Ri and Song Chang Eui lying down with their faces placed next to each other. Many are excited to see these two actors together as they have separately made their mark on various weekend dramas over the years and this will be their first one together. Finally, the last poster follows Lee Yoo Ri, Uhm Hyun Kyung, and the mysterious child again. Lee Yoo Ri will play Min Chae Rin, the heir to Korea’s representative cosmetics brand and the woman all other aspire to be while Uhm Hyun Kyung will play Ha Yeon Joo, who has an interest and passion for makeup.

The story that will unfold between the four characters will begin playing out on August 25 at 8:45 p.m. KST on MBC. The drama will also be available on Viki. Check out the latest trailer for the drama below!