SBS’s “30 But 17” has released behind-the-scenes photos of actor Ahn Hyo Seop and his charming grin.

“30 but 17” is a romantic comedy that tells the story of a woman who fell into a coma when she was 17 and woke up when she was 30 and a man who cut himself off from the rest of the world. In the drama, Ahn Hyo Seop plays 19-year-old Yoo Chan, who is the captain of his high school’s rowing team.

In the unveiled photos, Ahn Hyo Seop is always smiling at either something or someone. His warm and radiant smiles show off his colorful charms and captivate the viewers’ attention. The pictures also show his firm radiant muscles and broad shoulders that give him the ability to synchronize 100 percent with his character.

Not only is Ahn Hyo Seop perfect for the role of sweet and caring Yoo Chan, but the actor is also warm and caring in real life. He tells funny jokes to keep the crew from getting tired and sometimes takes care of them. Therefore, the crew is gaining strength from his tireless pride and affection. 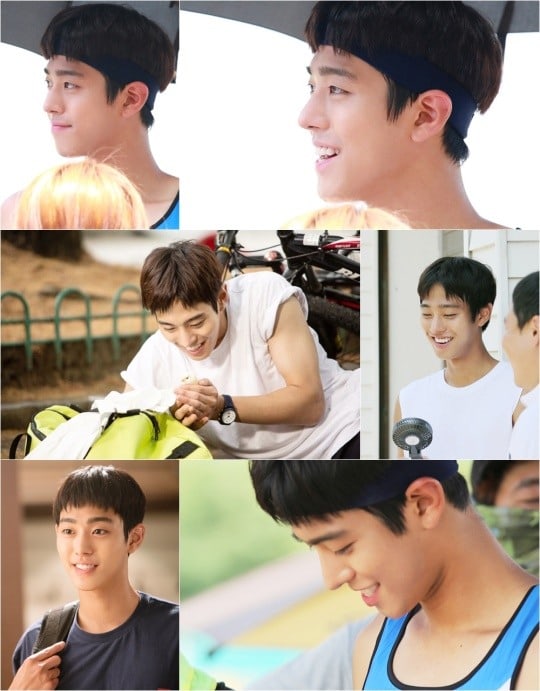