Im Soo Hyang and ASTRO’s Cha Eun Woo are finally going on their first date in JTBC’s “My ID is Gangnam Beauty”!

On August 18, the drama revealed stills from Kang Mi Rae (played by Im Soo Hyang) and Do Kyung Suk (played by Cha Eun Woo)’s date to the movies. The latest photos make viewers wonder if this friendship can turn into something more.

The two college students recently got to know more about one another and became friends. In the photos, Kang Mi Rae and Do Kyung Suk are in the nervous stages of their new friendship and possible romance. They both try to pay at the concession stand and accidentally touch hands while sharing popcorn inside of the movie theater. 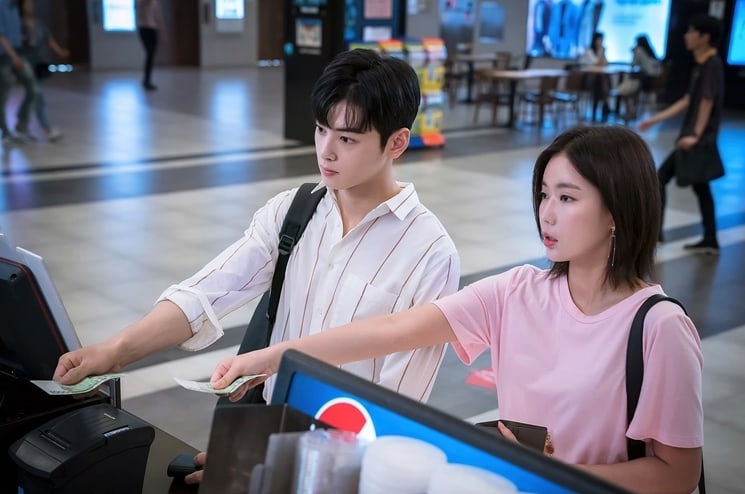 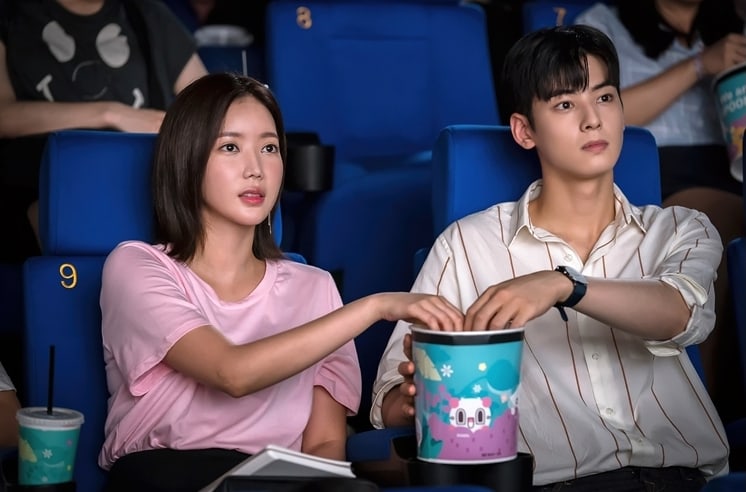 Kang Mi Rae and Do Kyung Suk actually went to the same middle school together and reunited in college as chemistry majors. Even though her own father Tae Sik (played by Woo Hyun) couldn’t recognize Kang Mi Rae after plastic surgery, Do Kyung Suk suspected it was her right away. Contrary to her fears that her past may be uncovered, she and Do Kyung Suk became close enough to call each other friends after sharing secrets.

Do Kyung Suk has always been honest about his feelings. At a blind date booth at the college festival, he chose her as the person that he liked. The two also made viewers’ hearts flutter by getting locked inside of a room together.

A source from the drama said, “Similar to Kang Mi Rae who didn’t have any close friends while growing up except Hyun Jung (played by Dohee), Do Kyung Suk was uninterested in those around him, so Kang Mi Rae is probably his first friend that’s a girl. Please look forward to Do-Rae couple’s cute fling that’s more lovely because it’s awkward and unexpected.”