NCT’s Lucas shared the secrets behind how he entered SM Entertainment on JTBC’s “Ask Us Anything.”

On August 18, Lucas appeared as a guest on the variety show with g.o.d’s Park Joon Hyung, GOT7’s BamBam, and (G)I-DLE’s Yuqi.

The four guests each shared stories of how they came to Korea to become singers. Lucas began, “When I was a student, I got bad grades, so I [auditioned for SM Entertainment] for life experience. There were SM auditions in Hong Kong at the time. I went, passed, and immediately came to SM.”

The “Ask Us Anything” members asked him how he passed the auditions. Lucas replied, “At the time, I didn’t prepare anything. I just struck three poses, and then I passed.” He then demonstrated three model-like poses that helped him get accepted.

When Kim Young Chul asked, “You didn’t sing or dance?” Lucas showed how his dance moves at the time were just clapping along to the beat.

Praising Lucas’s handsome looks, the members said that it was understandable. Lucas smiled and nodded when Lee Soo Geun joked, “He knows he’s good looking so he thought, ‘Why would I prepare for auditions?’ and then passed.”

Super Junior’s Kim Heechul asked him if his parents opposed his decision to become a singer. Lucas answered, “My parents told me to do everything I wanted to do except for bad things.”

Yuqi also shared the story of how she joined Cube Entertainment. “I liked singing and dancing since I was young,” said Yuqi. “I thought HyunA was so cool that I wanted to become a singer. So, I went to auditions in Beijing and passed.”

BamBam revealed, “My mom really liked Rain, so she once took me to his concert. I watched from the front row and he looked so cool singing and dancing. So, I danced for about a year and then there were JYP auditions. I went to auditions, passed, and entered [JYP Entertainment].”

Kim Heechul asked, “Your family was well off, right?” and BamBam replied, “My family was really poor.” When Kim Heechul followed up with the question, “But your family is really well off now?” BamBam explained, “We started to live well after my debut.” 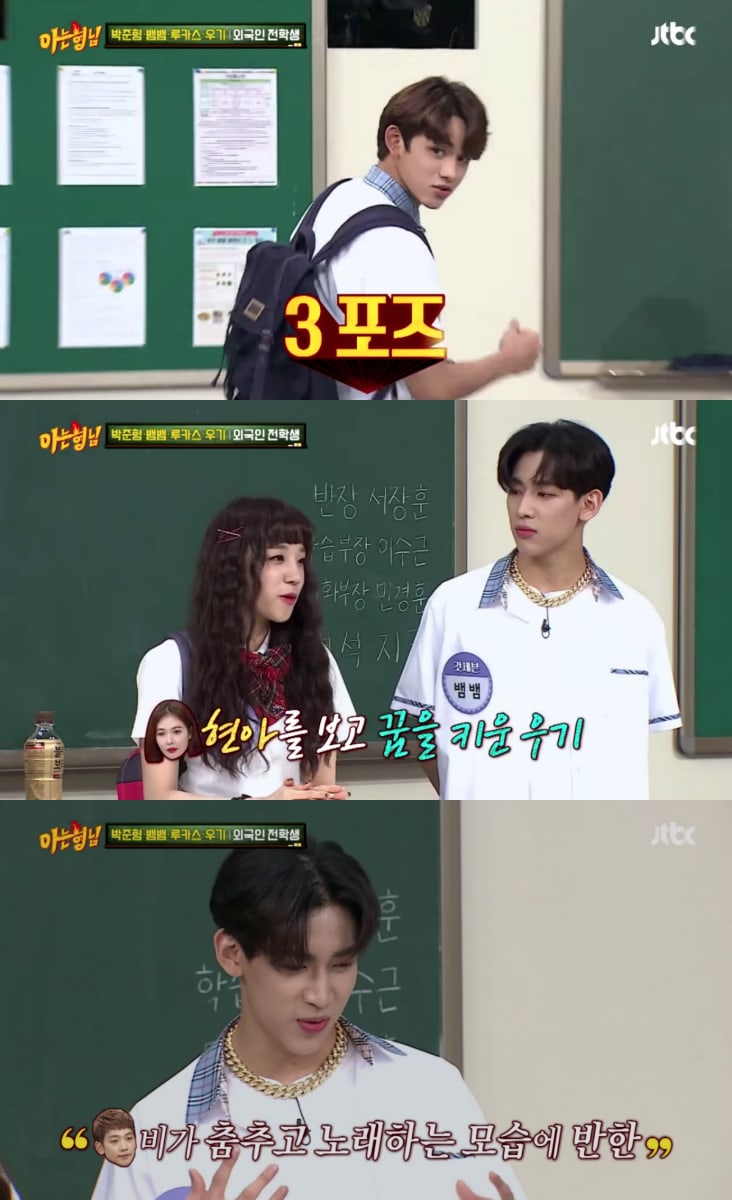 GOT7
NCT
(G)I-DLE
BamBam
Knowing Bros
Lucas
Yuqi
How does this article make you feel?