GOT7’s BamBam spoke about his popularity in Thailand on JTBC’s “Ask Us Anything.”

BamBam joined g.o.d’s Park Joon Hyung, NCT’s Lucas, and (G)I-DLE’s Yuqi as a guest on the August 18 episode of the variety show, where the four guests talked about the fact that they all came from overseas to become singers in Korea.

When Super Junior’s Kim Heechul asked if it was true that BamBam was “Thailand’s prince,” referring to his considerable popularity in his home country, BamBam replied, “It’s a bit embarrassing for me to say this myself, but I have to admit it. I’m Thailand’s treasure.”

He explained, “The moment you land at the airport, my ads are on all of the pillars. As soon as you exit the airport, there’s a huge billboard with an ad that I shot for a phone company. You can also see my ads at the subway stations. My ads are all over Thailand.”

The cast members then asked who was more famous between him and 2PM’s Nichkhun, who was also nicknamed “the prince of Thailand.” After mentioning that he was close with Nichkhun, BamBam joked, “Isn’t it time for a generational change?”

When asked to compare his popularity to Ong-Bak, BamBam replied, “Ong-Bak is more of a legend, while I’m the popular trend right now.” 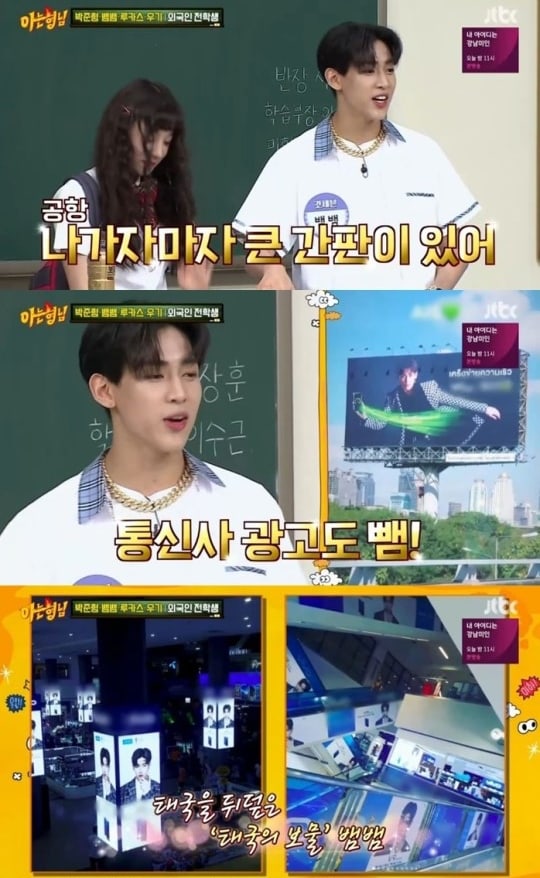 GOT7
BamBam
Ask Us Anything
How does this article make you feel?