BIGBANG’s Seungri looked back at his spending habits on tvN’s “Salty Tour.”

On August 18, Seungri joined the cast as a guest during their trip to Xiamen, China.

Before the tour began, he said to the members, “I used to hold ultra luxurious parties, inviting foreign guests and famous chefs in the past, but I’m trying to do [the tour] with a humble mind.”

Later that day, Seungri looked uneasy about the fact that Park Na Rae had to sleep in the punishment room after she exceeded the budget by 23.5 yuan (approximately $3.42). He spent the night calculating numbers and worked hard to plan a budget-friendly tour.

He confessed to Jung Joon Young, “This was the most difficult variety program I’ve been on after I debuted in BIGBANG. If you don’t pay attention, that’s what you become. I got shocked.” 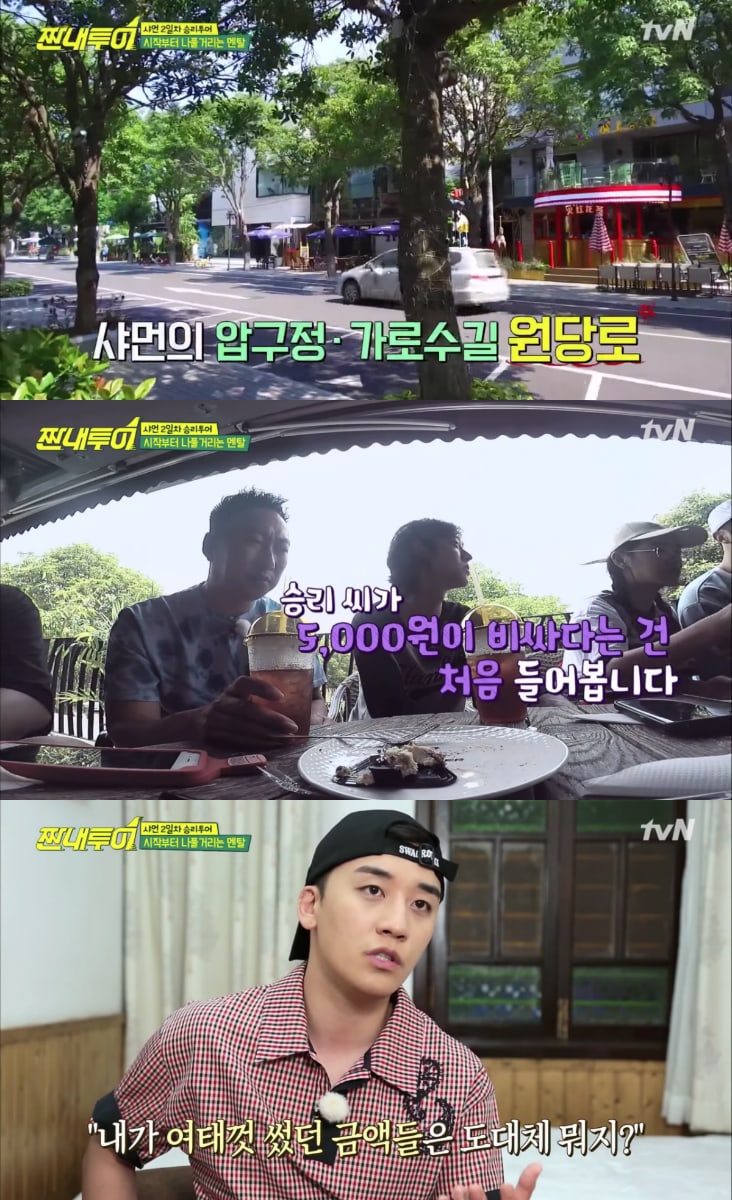 In the morning, the tour began with breakfast at a trendy part of town similar to Korea’s Garosu-gil. One cup of coffee and a slice of cake each cost around 30 yuan (approximately $4.36) which was also equal to around 5,000 won.

Park Na Rae said, “The coffee is too light,” and the other members also complained about the small amount of food. In an attempt to cheer them up, Seungri danced for the members.

When Seungri said that 5,000 won (approximately $4.47) coffees and desserts were expensive, Jung Joon Young commented, “It’s the first time I’ve heard Seungri say that 5,000 won is expensive.” Seungri responded, “While planning the tour and checking each and every single thing, I self-reflected about the life that I lived.”

During his interview, Seungri continued, “The thought I had while doing ‘Salty Tour’ was, if I could be happy with this amount of money, what was all of the money that I spent until now? What’s worse is, even after I spent large amounts of money, there were many times where I wasn’t that happy. I can definitely feel happy with small things. It made me look back at my past expenses and self-reflect on the ways I spent money. I had many different kinds of thoughts.”