On the August 19 episode of KBS’s “The Return of Superman,” Lee Dong Gook took his children Si An, Seol Ah, and Su Ah on a camping trip in the wild.

In order to prepare their meal, Lee Dong Gook sent Si An out to fetch firewood. As Si An searched for sticks, he discovered that a lot of garbage had been thrown away and decided to pick it up without being told, commenting, “There’s more garbage than firewood.” 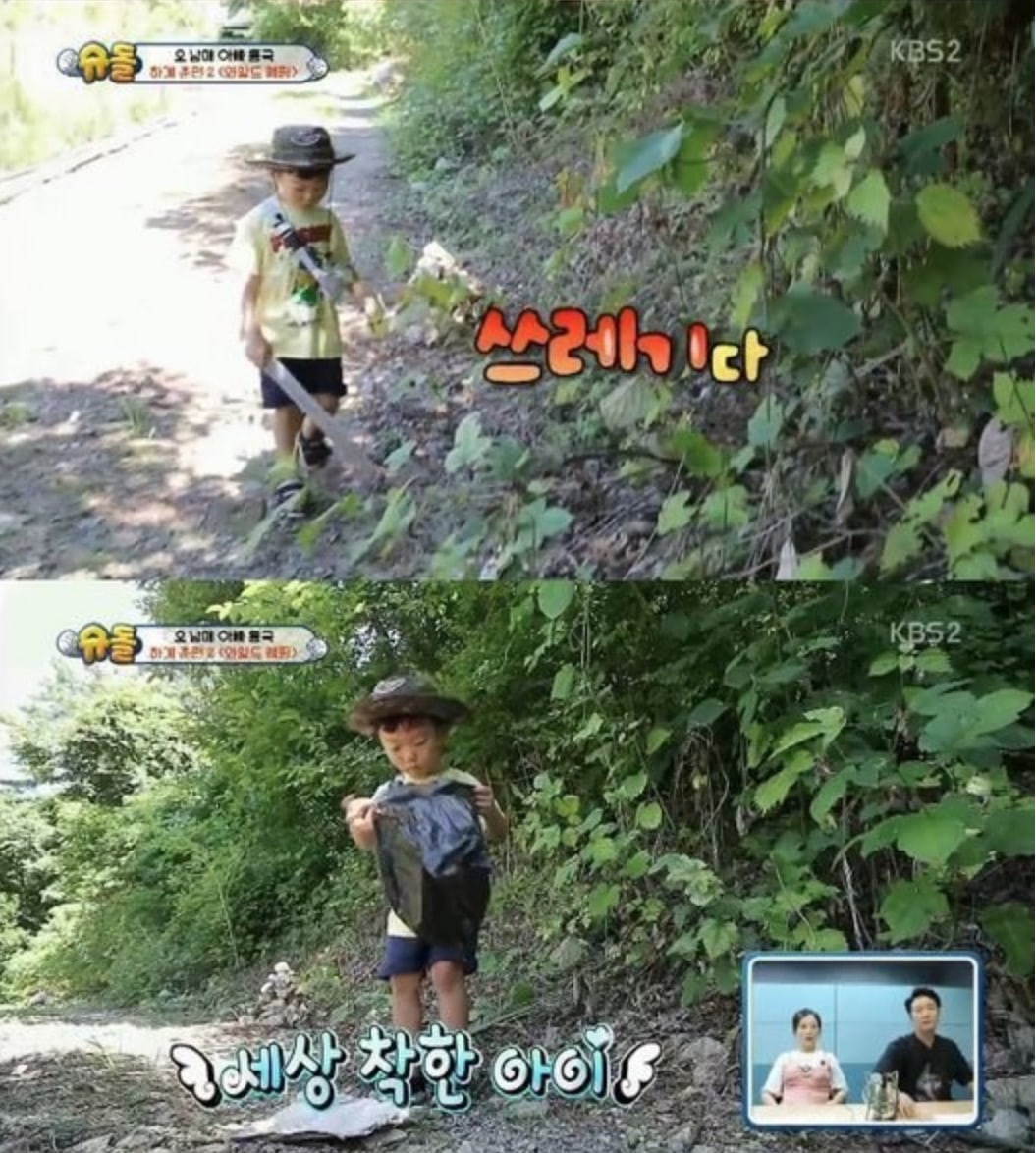 Later, Si An encountered a “bear” in the forest, which was Lee Dong Gook in a costume pranking his children. Although Si An was frightened, he answered the bear’s questions about what his father did (“he plays soccer”) and when the bear asked him what he wanted to become when he was older, Si An moved his father by saying, “My dad.” 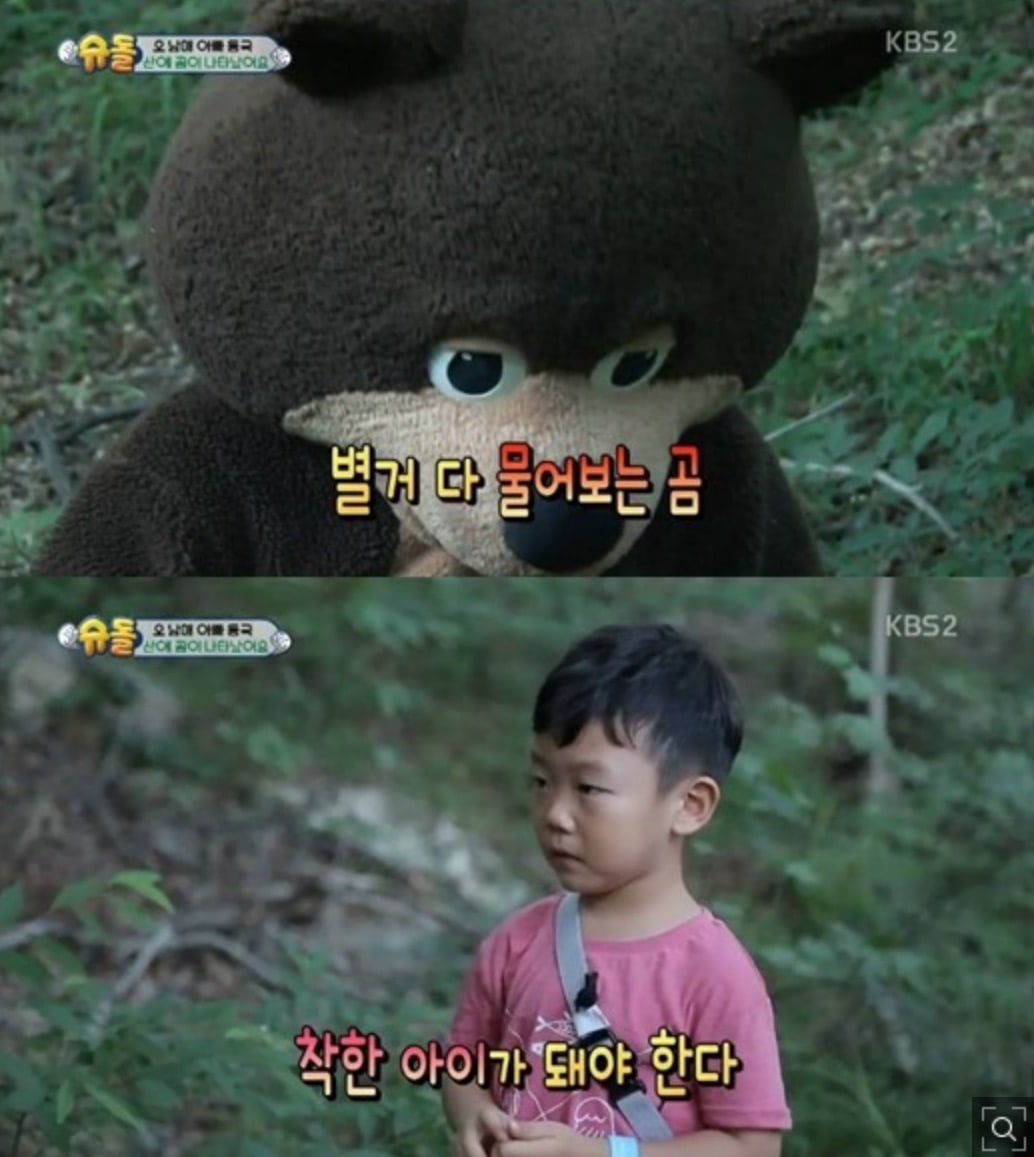 You can watch “The Return of Superman” on Viki below:

Lee Dong Gook
The Return of Superman
Si An
How does this article make you feel?