5 Times “Time” Took Us By Surprise With Episode Finales

MBC’s Wednesday-Thursday drama “Time” has kept eyes glued to screens until the very end with some surprising and dramatic ending scenes!

“Time” stars Kim Jung Hyun as a man running out of time due to a terminal illness and a murder charge and Seohyun as a woman lost in time after her family is killed.

Episode 4 – Love in the Rain 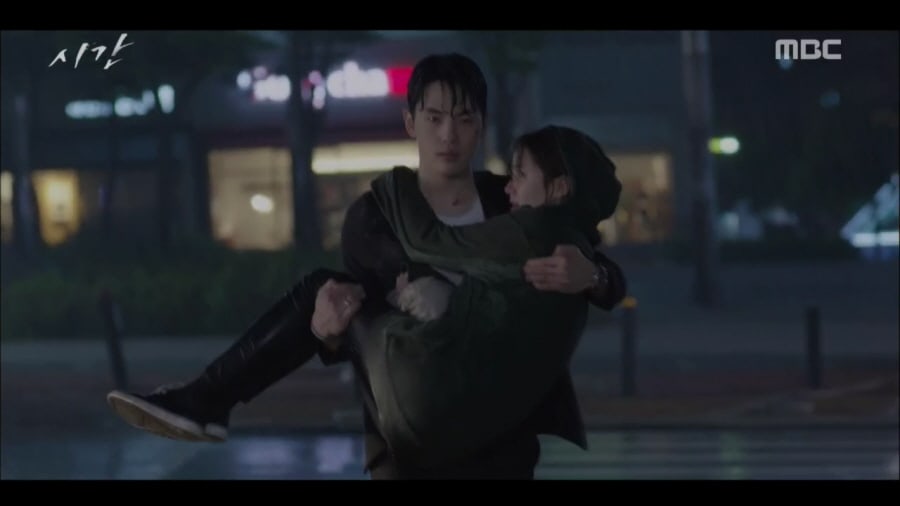 Early on in the drama, this was the scene that made viewers antsy for more romance between Su Ho (Kim Jung Hyun) and Ji Hyun (Seohyun). Su Ho has secretly been helping Ji Hyun in her life ever since he discovered that she was related to the dead woman he found in his hotel room while drunk one night.

When Su Ho sees Ji Hyun chased out of the house on a rainy night, standing alone and lost in her thoughts on a busy road, he runs to rescue her from danger. At the very end, he holds her close and says, “I’ve found something I need to do before I die. I don’t have any time.” 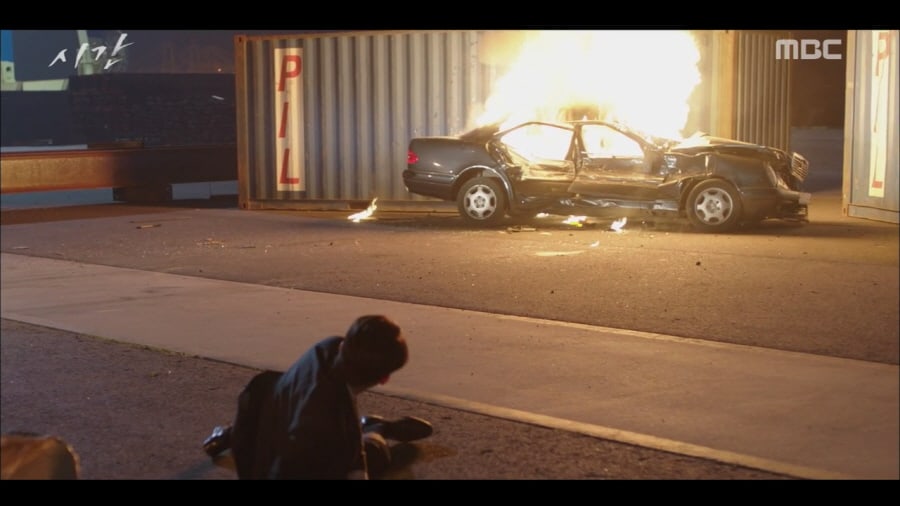 Although Min Seok (Kim Jun Han) erased the CCTV evidence of “that day,” he gets nervous when Geum Tae (Kim Jung Tae) demands 1 billion won in payment after the latter gets suspicious of Su Ho paying off Ji Hyun’s debts. Min Suk and Kang Shil Jang (Heo Jung Do) decide to get rid of Geum Tae, telling him to meet them at a certain spot.

In a twist ending, however, Ji Hyun’s mother (Kim Hee Jung) was in the passenger’s seat of Geum Tae’s car when Kang Shil Jang drives a truck into the car. Both Geum Tae and Hee Sook are engulfed in the resulting explosion as Min Seok watches in horror. 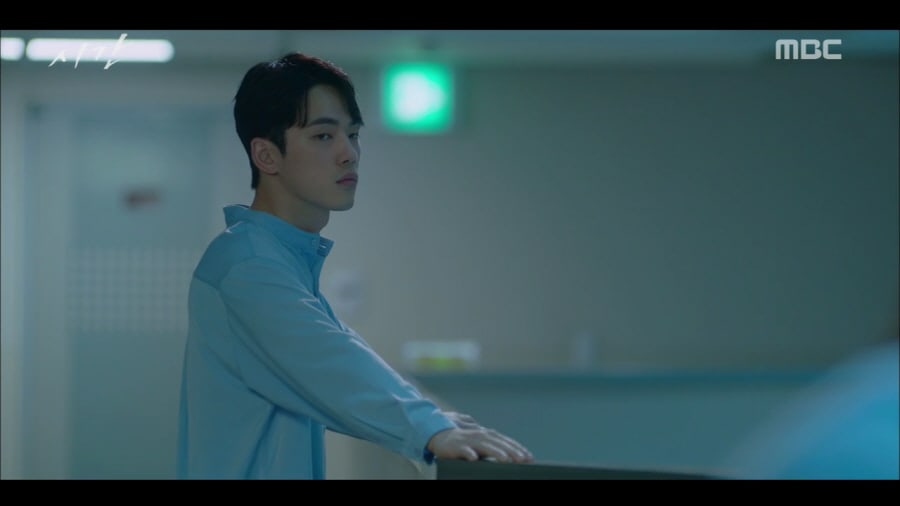 Ji Hyun, driven to her limits by the deaths of her sister and mother, goes to the roof of a hotel to try and end her own life. However, Su Ho discovers her there and confesses his own painful moments and tells her that he’ll die with her in order to comfort her. In the end Ji Hyun comes down from the roof and tells Su Ho that she will live on her own strength from now on.

To her – and the viewers’ – surprise, however, when Ji Hyun and Young Hee move into an apartment together, Su Ho is their new next-door neighbor. 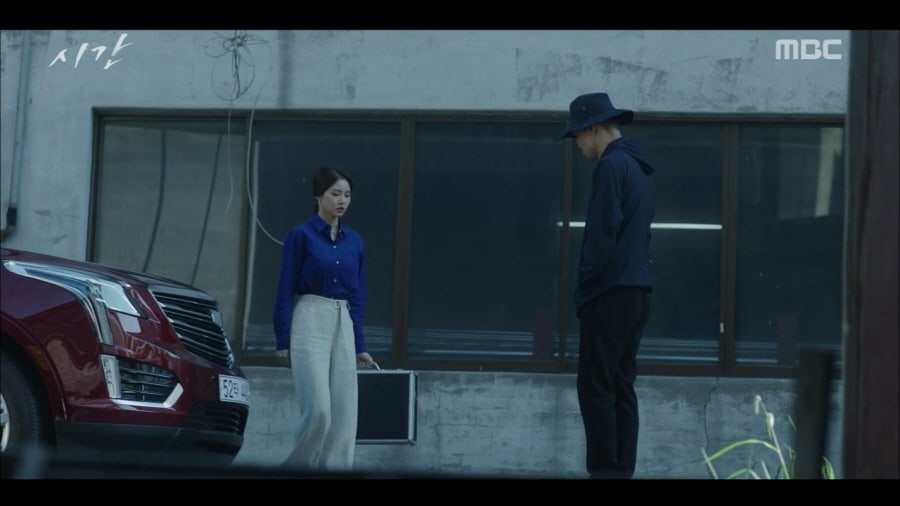 In an ending worthy of a spy movie, Ji Hyun spots Chae Ah (Hwang Seung Eon) handing Kang Shil Jang a mysterious briefcase. Ji Hyun has been tracking Kang Shil Jang down ever since she learned that he was a suspect in her mother’s death, but had no idea that Chae Ah was involved.

Meanwhile, Su Ho, who had been refusing a reporter’s request for an interview about “that day,” suddenly relents and asks only that Ji Hyun not be told before the interview is broadcast. 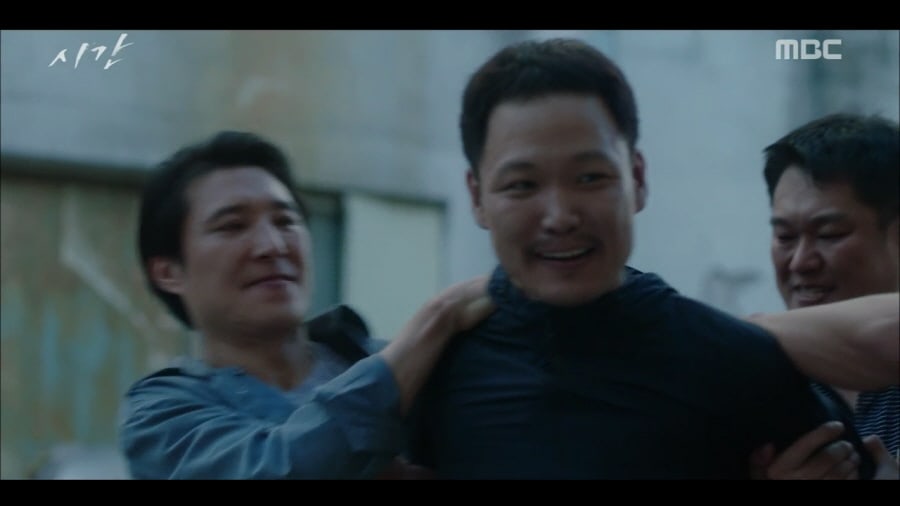 In order to extract Kang Shil Jang, who knows of his involvement in the plot, Min Seok tries to pin drug charges on Su Ho. However, Su Ho turns himself into the police and manages to keep the police search for Kang Shil Jang going.

Eventually Su Ho and Ji Hyun are able to bring down Kang Shil Jang, but the viewers got a rude shock when Kang Shil Jang, even while being dragged away by cops, smiles at Su Ho and says, “Do you really think this is the end? Or the beginning?”

Which episode finale shocked you the most in “Time”?