In the latest teasers for MBC’s “Time,” Girls’ Generation’s Seohyun and Kim Jun Han get into a tense stand-off.

“Time” stars Kim Jung Hyun as a man running out of time due to terminal illness and an unsolved murder and Seohyun as a woman lost in time after the death of her younger sister. Kim Jun Han plays Shin Min Seok, who was involved in the incident of “that night” and is known as “the man who has crossed the point of no return.”

Seohyun and Kim Jun Han’s characters dated for six years before parting ways after Seohyun’s younger sister was killed. As Seohyun gets closer to the truth behind her sister and mother’s deaths, she begins to suspect that Min Seok may have had a hand in them. When she asks him about it point-blank, he lies to her face.

In stills for the upcoming episode, however, it is clear that Seohyun has not let go of her suspicion. While drinking wine at a fancy party, Kim Jun Han comes up to her and she glares daggers at him. Although she pours him half of her glass of wine, neither of them look happy about the situation. 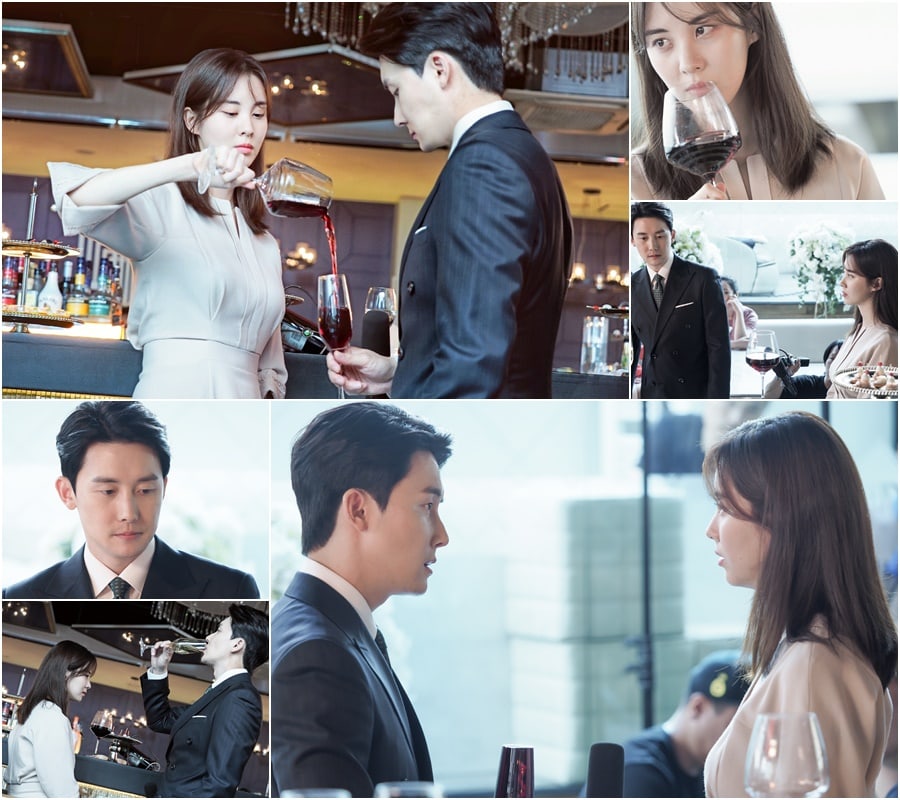 The scene in question was filmed on August 10 in Cheongdam-dong, Seoul. When off-camera, Seohyun and Kim Jun Han enjoyed a brother-sister dynamic as they joked with and complimented each other. When cameras started rolling, however, they both got into character easily as bitter enemies.

The production staff stated, “Even as Seohyun and Kim Jun Han get closer off-screen, their 180-degree change when they get into character still take us by surprise. Please tune in to find out how the characters’ stories will change going forward.”

You can watch the latest episode of “Time” on Viki below:

Seohyun
Time
Kim Jun Han
How does this article make you feel?