In “Witch’s Love,” Hyun Woo and VIXX’s Hongbin transform into part-time employees at a restaurant to win over Yoon So Hee.

On August 21, MBN’s Wednesday-Thursday drama “Witch’s Love” released a funny image of Hyun Woo and Hongbin carrying three trays worth of food on their head with aprons around their waists. 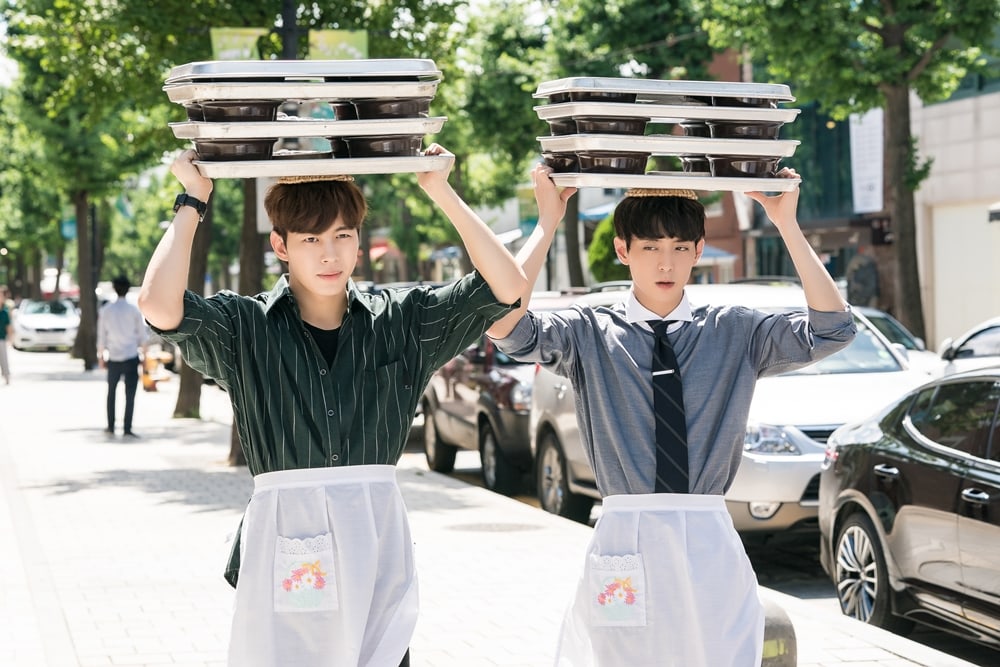 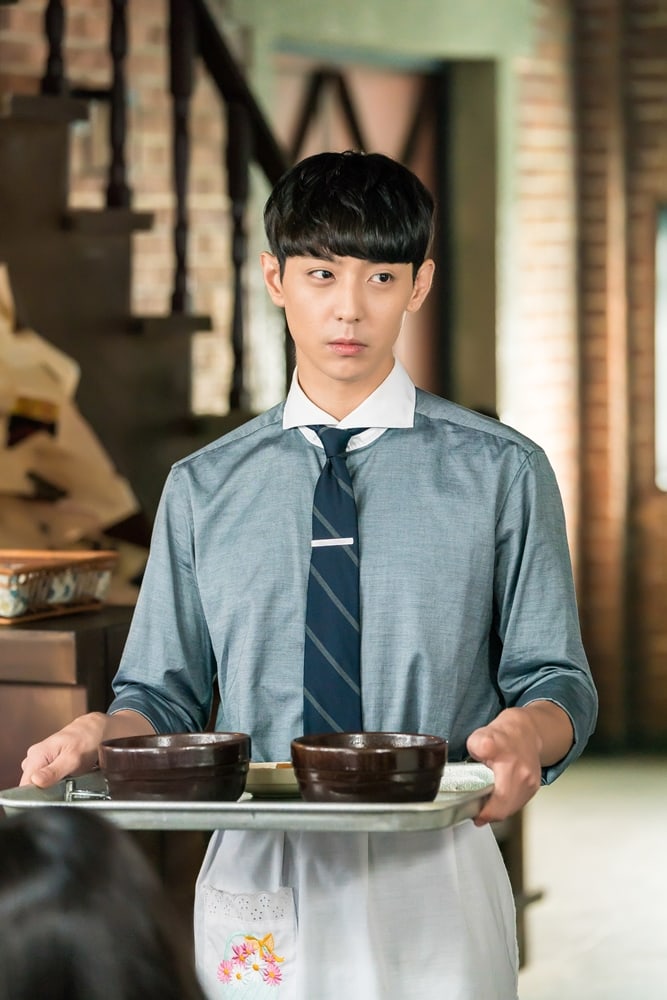 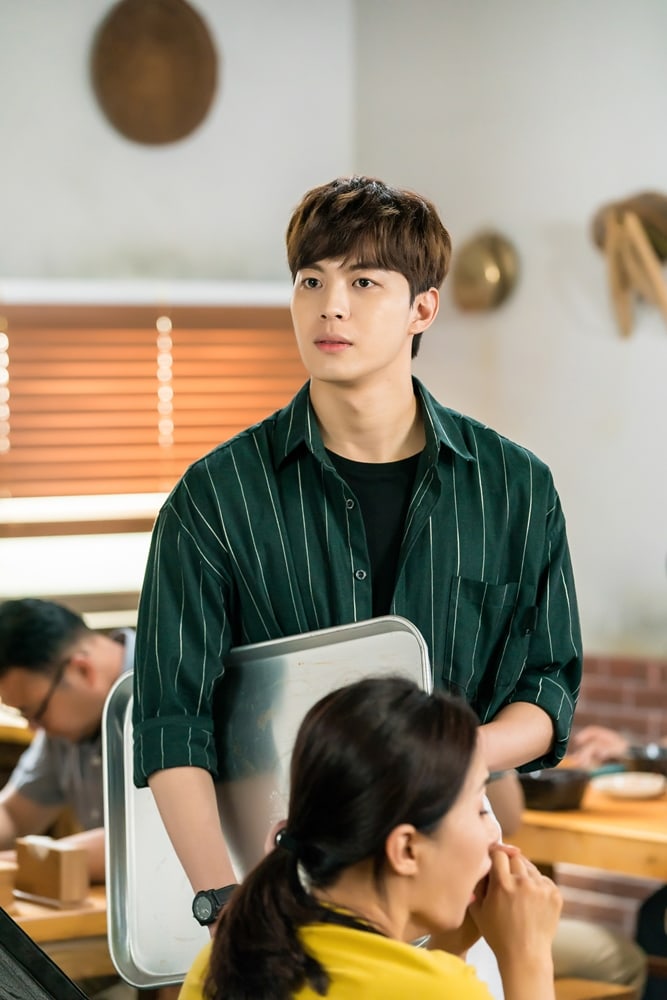 In the last episode, Kang Cho Hong (Yoon So Hee) confessed her feelings to Ma Sung Tae (Hyun Woo) even though she knows she is fated to be with Hwang Jae Wook (Hongbin). The witch Hwa Ja warns her that a man who is not destined to be with her can betray her at any time. Viewers are therefore wondering if Cho Hong and Sung Tae could end up together.

As a preview to this week’s episode, the photos released of Hyun Woo and Hongbin working in the restaurant is gathering much attention. With their lacy aprons on, they help serve trays of food. For Hyun Woo, a wealthy building owner, the image of him delivering the food is ironically funny.

Furthermore, the tension-filled power struggle between them as they balance three trays of food on their heads is causing viewers to wonder how they ended up in this situation in the first place.

The production staff stated the love triangle between the three characters will become much more interesting. They continued, “The intense fight between two men, who even sign up to deliver food for Yoon So Hee, will make viewers laugh and excite them. Please watch the upcoming episode.”

With only four episodes left, the next episode of “Witch’s Love” will air August 22 at 11 p.m. KST.