On the August 20 broadcast of JTBC’s “Idol Room,” MCs Jung Hyung Don and Defconn visited JYP’s new headquarters and were met by Park Jin Young himself, who showed the MCs around. He said, “This building was my dream. The most important thing for me was feeding my employees, artists, and trainees with organic food. Trainees’ parents are essentially trusting us with their kids, so even with food, our priority is health.” 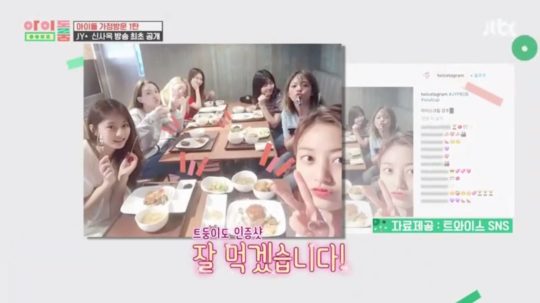 Park Jin Young showed “Idol Room” the training rooms at JYP HQ, three of which are named after artists that have inspired Park Jin Young: Michael Jackson, Bobby Brown, and Madonna. He also showed the artists’ personal lockers, and when asked if other agencies have the same, he said, “YG probably doesn’t have these.” 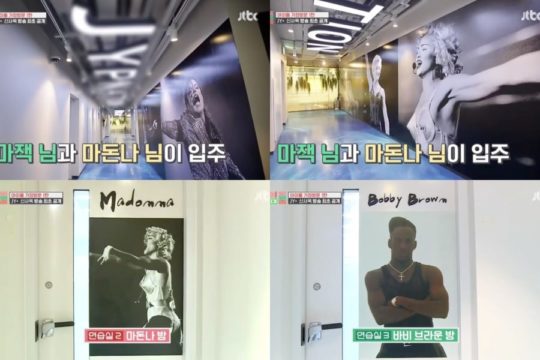 The JYP head revealed the agency’s individual training rooms, as well as a band room, which DAY6 uses. “This room has live recording capabilities,” said Park Jin Young. “We took into account acoustics when building this room.” 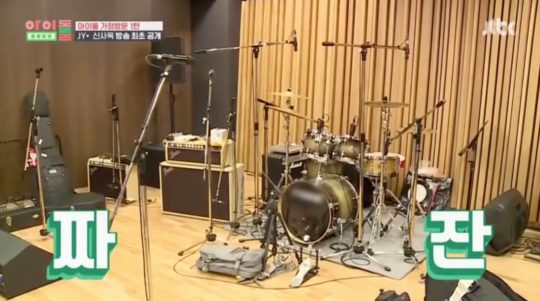 When the MCs mentioned doing a similar tour of YG’s building, Park Jin Young said, “Yang Hyun Suk is competitive, so he probably won’t do anything with ‘Idol Room’ at his agency until he opens his new building. He’s always trying to beat me. He made a nice cafeteria in his agency, and I made an all-organic cafeteria. We even have an oxygenator here. It’s the kind they have in Las Vegas at the casinos. You can control the oxygen levels, and all of our rooms are temperature- and humidity-regulated.” 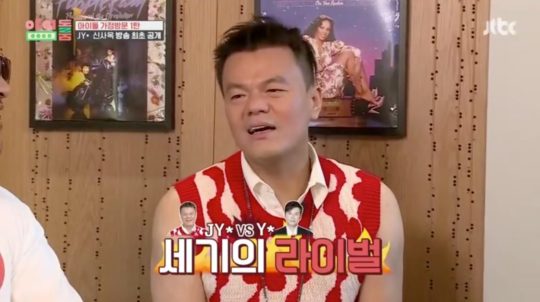 Introducing the agency’s latest boy group, Stray Kids, Park Jin Young said the group means a lot to him, but that he’s also a little sorry to the group. He explained, “Normally, when we put together a team, we have a meeting together. But this time, I asked a leader to put together the group himself. I said, ‘When you think you’re ready, show us, and if we approve, you’ll debut.’ The leader had trained for seven years, and he picked the group, trained with them, wrote the music, and showed us, and then we approved. There was a new girl group that the agency had put together, and in a competition with the group that the trainee put together, the boy group won, so they were the ones to debut.” 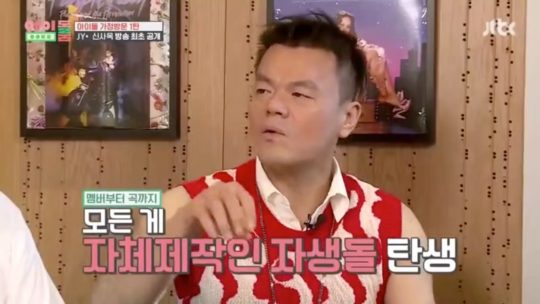 Park Jin Young revealed that because he wasn’t involved as much in the creation of the group, he’s not as close to Stray Kids as the other artists at JYP. “They’re the first JYP group where it’s awkward for all of us.” Moreover, Park Jin Young said, he had only spoken one-on-one to one member of the group prior to debut. “I only had spoken to Bang Chan, and none of the other members.”

The MCs asked Park Jin Young which member he is the most uncomfortable with, and he said, “This is someone who, when we were doing the survival show, I almost eliminated,” and pointed out Felix. Jung Hyung Don then made Park Jin Young and Felix hold hands and speak. Felix asked, “Hyung, why did you eliminate me?” and Park Jin Young simply replied, “You weren’t very good at the time.” 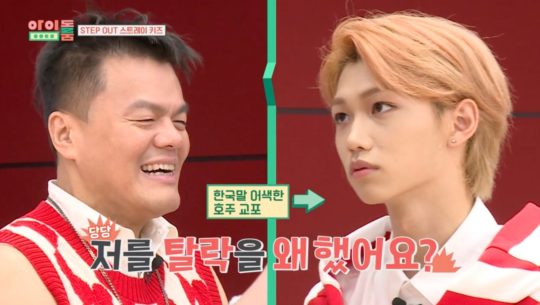 It was then time for Stray Kids to take over the show. For their first challenge, the group members did freestyle dances to introduce themselves:

Stray Kids performed their new song “My Pace” and showed off their knowledge of other JYP groups’ choreographies, including TWICE’s “Dance the Night Away,” which the entire group knows the choreography to.

As the newest member of the JYP family, Stray Kids also tried their hands at games and challenges done by 2PM and GOT7. The group recreated group poses by 2PM and played a post-it game that was previously done by GOT7.

Stray Kids
Idol Room
How does this article make you feel?