10 Korean Dishes You Need To Try At Least Once

It’s a moment that every K-drama fan goes through while watching a series. When a character starts indulging in a delectable meal, you can’t help but feel the hunger pains and a deep desire to eat whatever it is the characters are eating. There are usually a few staple dishes that are considered classics when it comes to Korean food that every K-drama fan or Korean food fan should try in their lifetime. Here’s a look at 10 of those must-try dishes!

This is a Chinese-Korean dish that has won the hearts of many children (and adults) in South Korean culture. It’s a noodle based dish with black bean sauce. There is something about the taste that make children crave it and is almost always their go-to choice. Usually the dish includes bits of onion and beef/pork in it as well to make it more flavorful.

“Will It Snow For Christmas?“

There is also the side dish of yellow pickled radish that goes really well with it. It’s especially perfect for those who don’t like spicy foods. 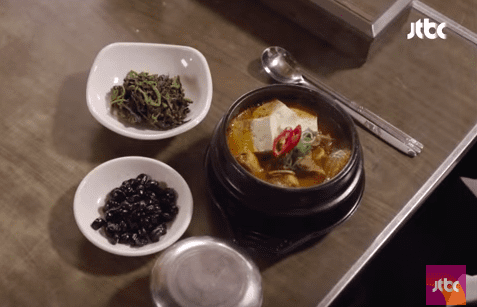 Kimchi jjigae is considered a classic Korean dish. It’s got all the elements that make the perfect Korean soup. It’s got kimchi, pork, tofu, and other vegetables in it to help make it super hearty. It’s often eaten with a bowl of rice and other side dishes, although it’s not a necessity.

It’s a perfect dish to eat during the cooler months of the year. As it is a bit of a spicy stew, it’s bound to make you break a sweat, especially if you’re not used to spice.

Tangsuyuk is another Chinese-Korean dish that is popular for its sweet and sour taste. It’s deep-fried, breaded pieces of pork sautéed in delicious sweet sauce. It’s often eaten with jjajangmyeon, but it can also be eaten alone. There are also bits of onion, carrots, and sometimes pineapple or other fruits mixed into the sauce. You really can’t lose with this dish.

“High Kick Through the Roof“

Tteok-bokki is a popular snack and dish in South Korea that is often sold at street vendors. It’s tube-like rice cakes that are mixed with hot chilli pepper sauce. There’s often onions, fish cake, and hard-boiled eggs mixed in it as well. It’s a cheap, delicious, but pretty spicy meal that a lot of Korean enjoy eating. There’s something about the spiciness that is so addictive!

Although the traditional dish is red in color, more recently, the dish can come in other forms by mixing the rice cakes in different flavors. Some of the flavors are black bean sauce, alfredo sauce, or rosé!

“The Girl Who Sees Smell“

Gamjatang, also known as “pork-bone soup” is a soup that contains potatoes, cabbage, pork, and other veggies. It’s a hearty meal that is often eaten with rice and is perfect for the winter months!

Hanwoo is considered grade A meat in South Korea. It’s quite expensive to eat and they usually eat it on its own without any rice because it’s that delicious. If you can’t afford the hanwoo or get your hands on it, Korean barbeque in general has its fair share of options. There’s something about cooking the meat right in front of your eyes and eating it that makes it so irresistible!

One of the more popular kbbq meats is samgyeopsal (pork belly).

You can eat samgyeopsal by dipping it in various sauces and/or spices and then wrapping it in lettuce. It’s like a party of flavors in your mouth. You really have nothing to lose. 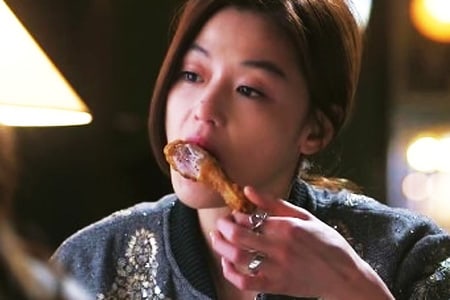 “My Love From the Star“

They have saucy fried chicken that can be mild or spicy. You can also find green onion fried chicken and the popular honey butter flavor. And of course in Korean fashion, the fried chicken goes perfectly with some beer (if you’re of age, of course)!

Naengmyeon is a cold noodle dish that incorporates buckwheat noodles in a cold, refreshing broth. It’s obviously great for the summer months, but I personally indulge in it all throughout the year. There’s also sliced up radish, asian pear, hard-boiled egg, sometimes meat, and you can top it off with vinegar or mustard.

Pretty much anything mixed with kimchi is worth a try. Kimchi fried rice is especially worth the try if you want to try a kimchi fusion dish, but are worried about the spice. In most places, they are able to make the dish less spicy. Or, you can always add more rice to help!

There’s also the added touch of a fried egg on top or a generous amount of cheese that helps lessen the spiciness. 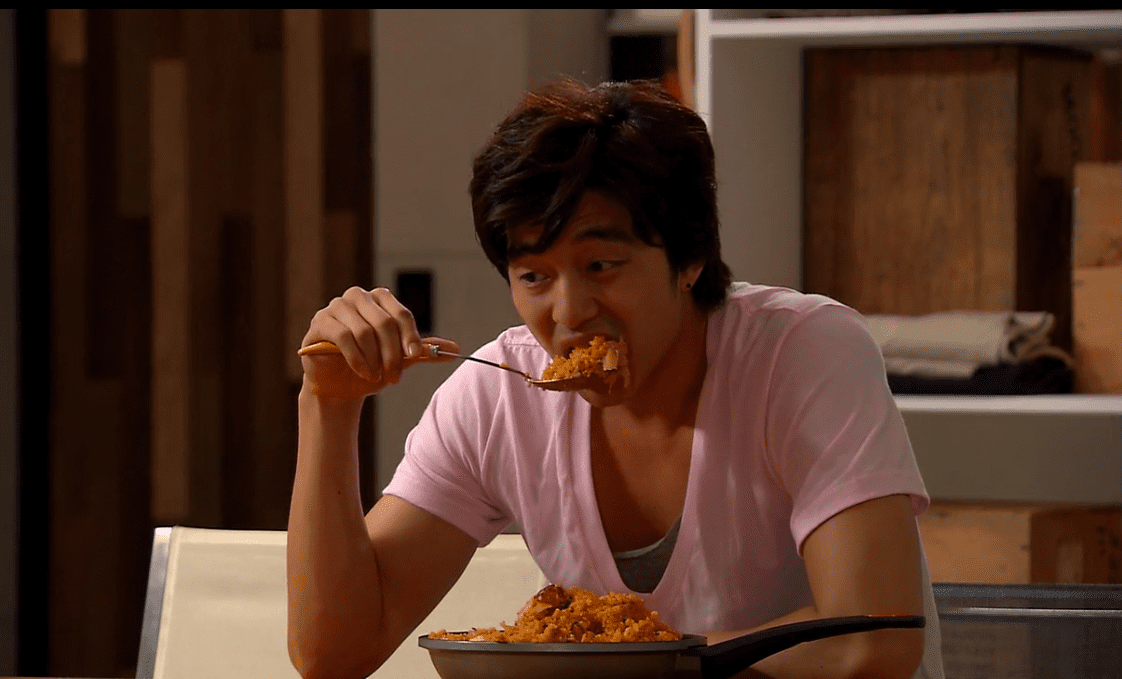 Bibimbap is amazing to eat at home when you’ve got a bunch of leftover Korean side dishes and rice. You can pretty much put anything in a big pot and mix it in with some rice and chili pepper paste to make it into the perfect concoction.

Traditionally, the dish contains a mix of bean sprouts, spinach, egg, beef, carrots, zucchini, cucumbers, mushrooms, and other vegetables. You can also get it in a stone bowl where it provides flavorful crunchy rice at the bottom of the bowl.

Hey Soompiers, which of these dishes have you tried or want to try? Let me know in the comments below!

Currently watching: “My ID is Gangnam Beauty,” “Mr. Sunshine,” “Familiar Wife,” and “Let’s Eat 3”
All-time favorite dramas: “Secret Garden,” “Goblin,” “Because This Is My First Life,” “Star In My Heart”
Looking forward to: Won Bin’s return to the small screen and Song Joong Ki’s next drama