Hyun Woo and VIXX’s Hongbin are bringing a new meaning to the phrase “sleeping with the enemy”!

In the drama, Hyun Woo and Hongbin are rivals for Yoon So Hee’s love. As the three entangle themselves in a love triangle, viewers are wondering how their relationship will progress. 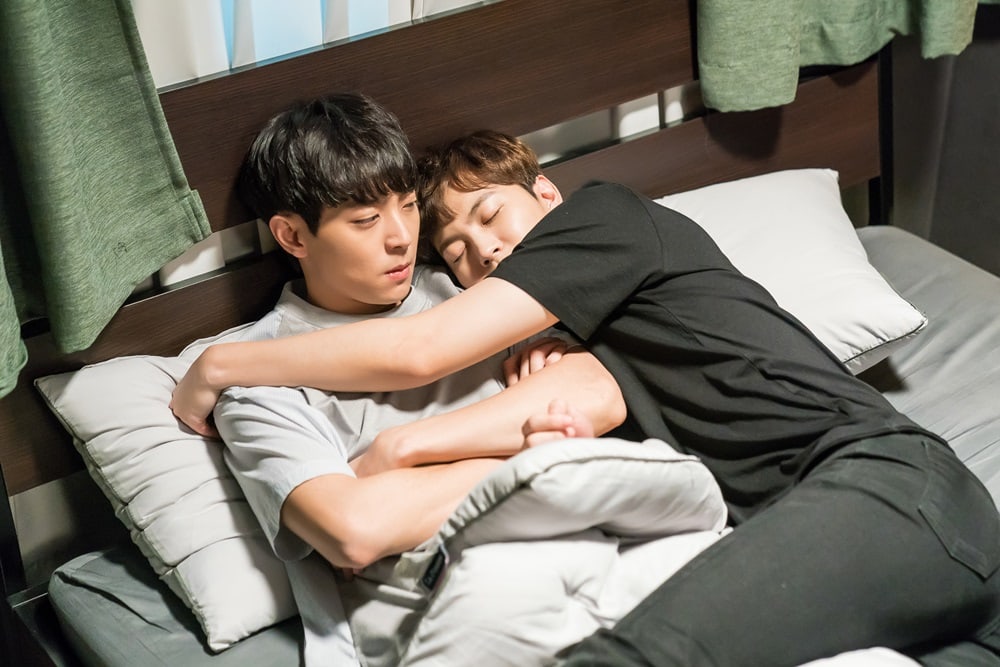 In the images, Hyun Woo and Hongbin lay in the same bed, with Hongbin sleeping peacefully and Hyun Woo being unable to sleep, his eyes wide open. Hongbin clings to Hyun Woo in his unconscious state, while Hyun Woo wears a disgruntled expression on his face. He tries to block off Hongbin’s prolonged body contact with two hands. 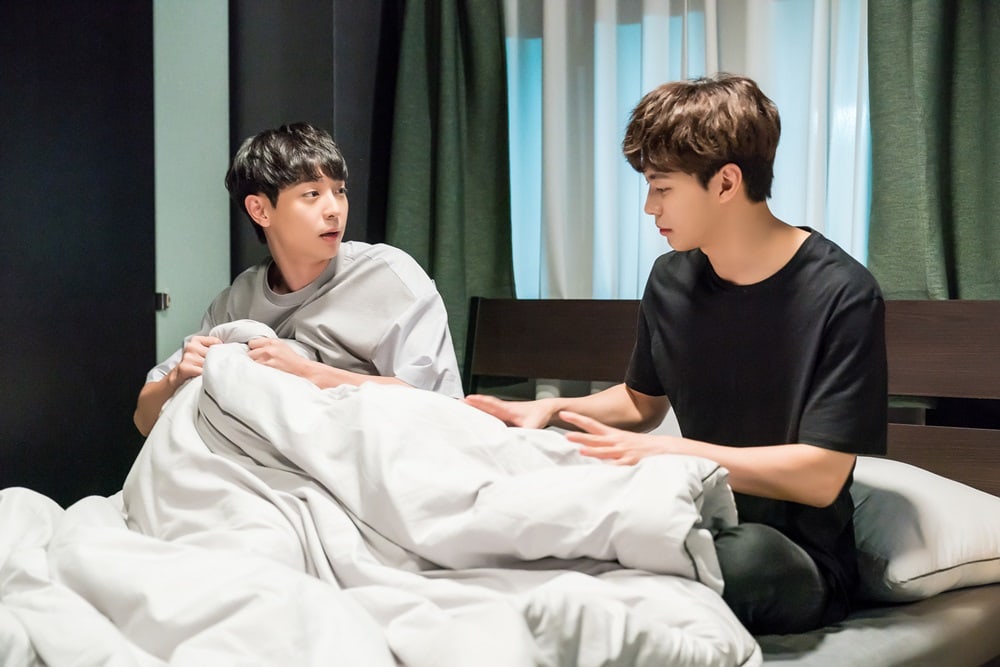 In another picture, the two have a fight over who gets to use the blanket. Hyun Woo yanks the blanket to himself, as if to tell Hongbin not to come over to his side. Many are wondering how these two rivals came to spend the night together.

With only four episodes left, the next episode of “Witch’s Love” will air on August 22 at 11 p.m. KST.