“My Healing Love” is a sentimental family drama about Im Chi Woo, a woman who never wanted to be a kind daughter, daughter-in-law, and wife, but is sacrificed by her family to become the “National Team Member’s Top Class Super Wonder Woman,” and Choi Jin Yoo, who finds his family a luxury, trying to find happiness.

This is a collaborative work between director Kim Sung Yong and writer Won Young Ok that will have viewers laughing and crying with its relatable scenes. 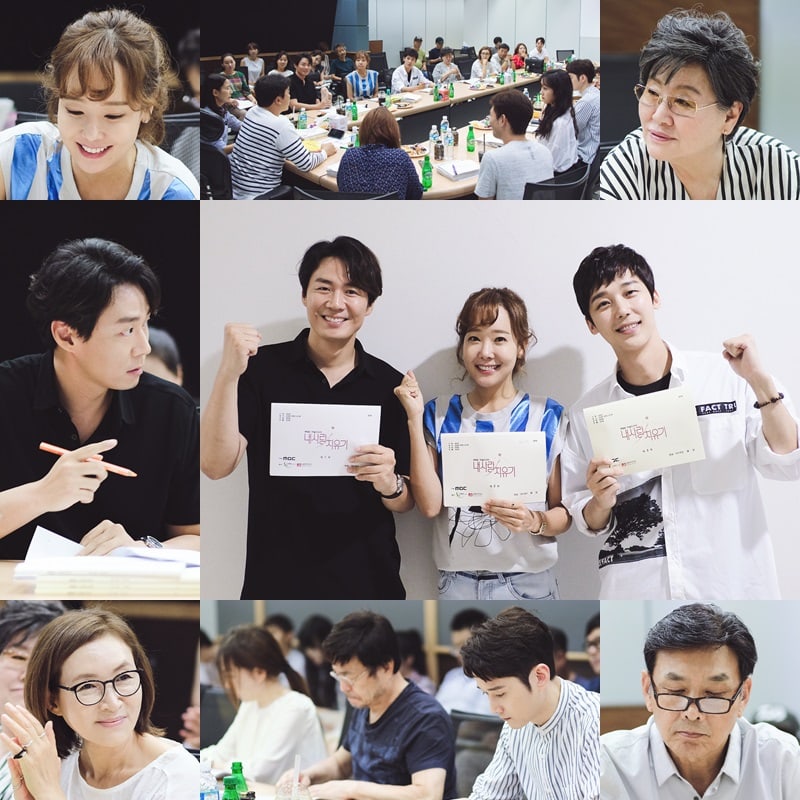 In particular, the actors’ solid acting skills combined with writer Won Young Ok’s witty script had the cast continuously laughing. Along with the mighty acting of the middle-aged actors, rookie actors such as Lim Kang Sung, Kwon So Hyun, Lee Do Gyeom, Kang Da Hyun, and So Joo Hyun, comedian Shim Jin Hwa, and Mighty Mouth’s Shorry J will add on to the excitement surrounding the drama.

So Yoo Jin will play Im Chi Woo, a woman who spends all day caring for her family. She is a woman who says kind things, but doesn’t get attached to things too quickly. She’s also a tough woman with a hot temperament that explodes when it needs to. Im Chi Woo, who had habitually sacrificed her life for peace in the family, now declares her “family withdrawal” with ambition.

Making her small-screen comeback in two years, Soo Yoo Jin stated, “I think ‘My Healing Love’ is a wonderful drama that can heal one’s life. I want to work on this project happily with everyone until the end. I would also like if the viewers became happy through ‘My Healing Love.'”

Yeon Jung Hoon plays Choi Jin Yoo, a man who still feels hurt after a failed marriage, but tries to live a brighter and stronger life for his daughter. Though he is a high-spirited and cheerful person who enjoys challenges, conflicts begin to arise as the nightmare of reality rises before him.

Playing a soft, but resolute character, Yeon Jung Hoon stated, “I’m very happy to work on this great project with great people. The atmosphere at the script reading was amazing and it ended well, so I’m excited to start shooting. I hope we can film in good health and happiness. Please support me in ‘My Healing Love.'”

Yoon Jong Hoon, who is loved for his ever-changing roles in every project he does, will return as Im Chi Woo’s immature younger husband Park Wan Seung. Park Wan Seung, who runs a food truck, is the main culprit behind the cause of Im Chi Woo’s growing anxiety. He has no sense of responsibility, tact, nor patience, and is often creating accidents.

Yoon Jong Hoon, who led a fun atmosphere with his unique charm during the script reading, remarked, “It is an honor to work with such great teachers and actors.” He was also impressed by the actors who acted as if they were actually filming. He continued, “While loving the character Park Wang Seung, I will work hard with the production team to the end.”

The production staff stated, “We will work with the great actors and staff to create a wonderful work that will win over viewers’ sympathy. Please look forward to this family drama that will have you feeling the preciousness of those closest to you.”

MBC’s “My Healing Love” is set to premiere in October, following the broadcast of “The Rich Son.”

Yoon Jong Hoon
So Yoo Jin
Yeon Jung Hoon
How does this article make you feel?