Song Joong Ki and Song Hye Kyo tied the knot in October 2017 and have since been enjoying their time together as a married couple. During the interview that followed the Esquire photo shoot, Song Joong Ki said, “In the past, someone I know told me that being able to find a wife you can love forever is a gift of destiny. I believe that the greatest thing a man can do is to love his woman.” 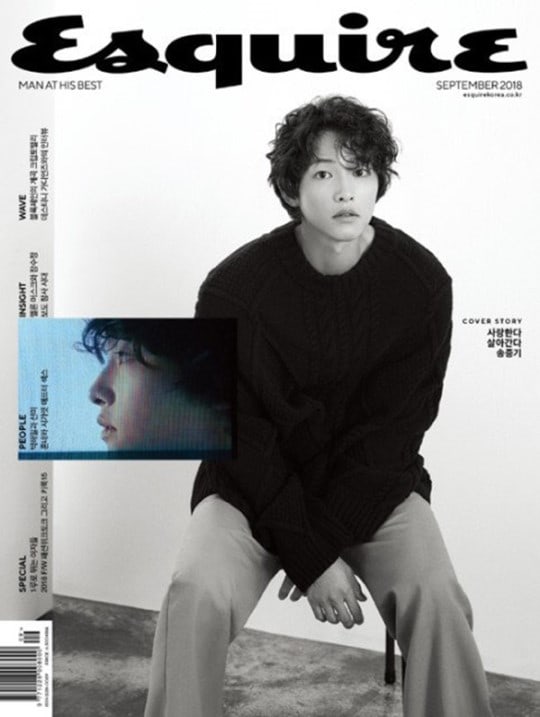 He continued to write, “Though some may place value in attaining fame and fortune, I believe the most beautiful thing in the world is being a man who can love his woman in an unchanging way.” Song Joong Ki added, “We’ve gotten married, but that doesn’t mean we’ve gone past the dating stage. I still feel like we’re dating.” He smiled and affectionately added, “And honestly, my wife is so pretty.”

Song Joong Ki’s full interview and photo shoot will be available in the September issue of Esquire.