Upcoming drama “100 Days My Prince” has unveiled its character posters.

“100 Days My Prince” is about the romance between crown prince Lee Yool (played by EXO’s D.O.) who is perfect in all ways and Yoon Yi Seo (played by Nam Ji Hyun), a noblewoman brimming with wit and beauty.

Both characters hold double identities, with Lee Yool as the useless fool Won Deuk and Yi Seo as the headstrong Hong Shim.

In his poster, D.O. gazes deeply into the camera with a serious, lonely expression. He is surrounded by red umbrellas, half-hidden and half-emerging from among them. With his traditional garb and headpiece meant for crown princes, he exudes a chilly aura. 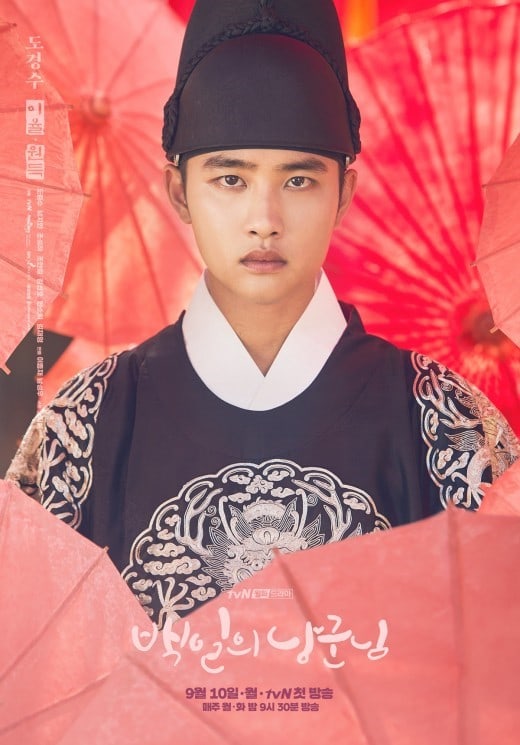 Nam Ji Hyun is the complete opposite of D.O. in her character poster. Holding a single, red umbrella, she wears a bright, sunny smile. Though she appears carefree in her elegant clothes, she hides her real identity, and harbors a secret. 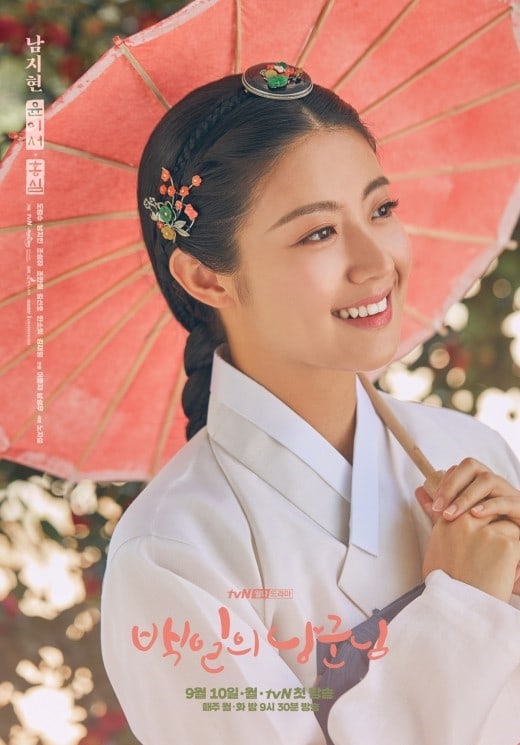 “100 Days My Prince” will be taking the time slot currently held by “Let’s Eat 3” and air its first episode on September 10.