LABOUM Talks About Taking On A Sexier Concept, Their Diets, And More

During their recent interview and pictorial for fashion magazine BNT International, LABOUM discussed their new concept and labeled themselves as a “creative girl group.”

The five members of LABOUM went from being cute and bubbly to mature and sensual for their latest comeback with “Between Us.” After posing for a dreamy photo shoot in comfortable but stylish denim, they sat down for an interview to talk about the change.

Explaining how she had come up with the idea for “Between Us,” Soyeon said, “Sometimes, there are times when I feel lonely or think, ‘I wish I had someone I liked [romantically] by my side.’ I wrote this song while thinking of the longing for a person’s warmth and the feeling of anxiety when someone isn’t by my side.”

As for their sudden transformation from a bright and innocent concept to a mature and sexy one, ZN and Haein said, “We wanted to show our mature side that naturally suits our age.” Solbin revealed that there had been a lot of work involved in preparing for their new concept, explaining, “The members held a meeting once a week, and we also shared many opinions with our company. It is an album to which all the staff contributed a lot.” Haein added, “I made a PowerPoint presentation for the first time since middle school. During the meeting, we presented our desired music, music video concept, and album jacket photo shoot concept.”

When asked if there was anything that made LABOUM stand out from other idol groups, Haein confidently replied that they were able to pull off any concept. Solbin said, “We’re a multi-talented group. Also, our members always come up with the choreography for our ‘second song’ [of each comeback] ourselves. We are a girl group that is highly participatory and creative.” 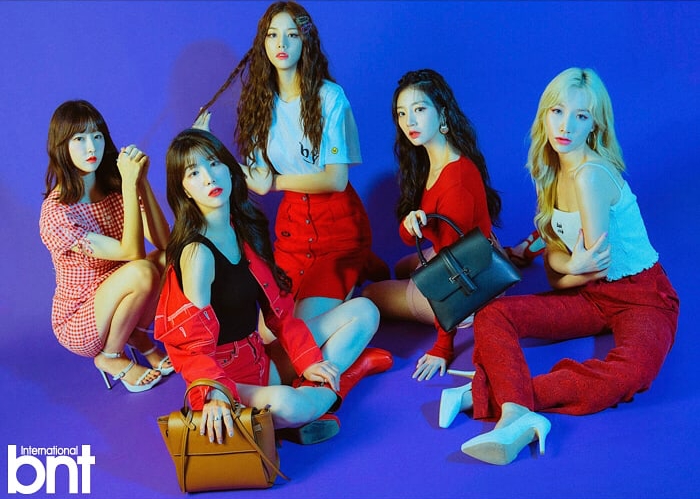 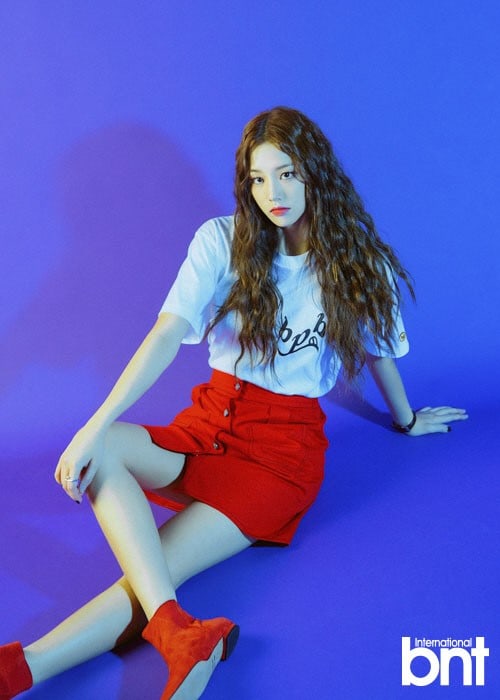 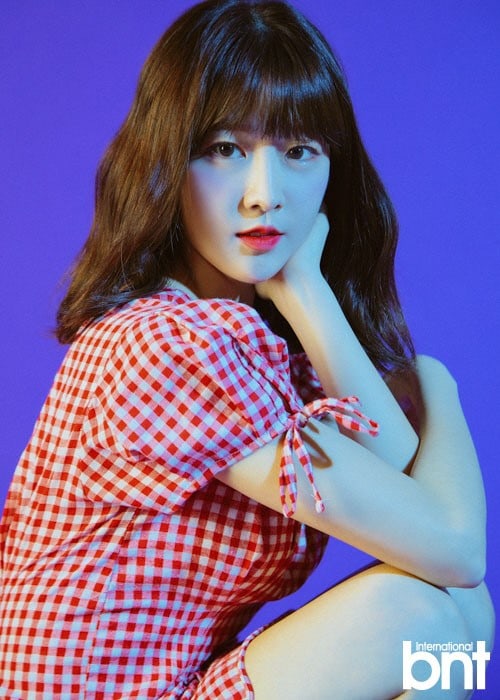 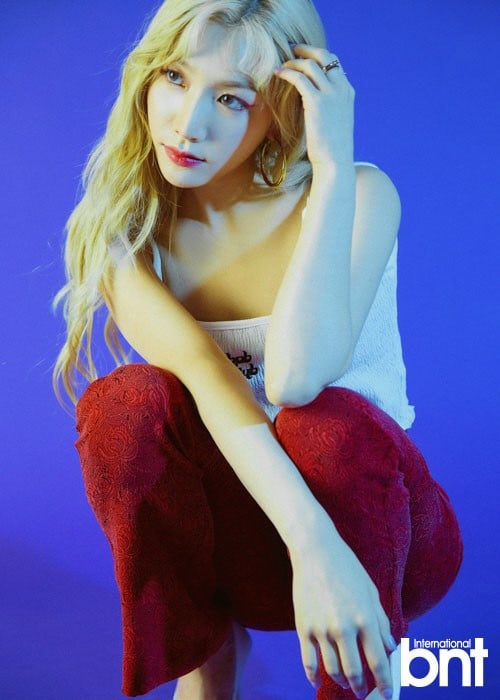 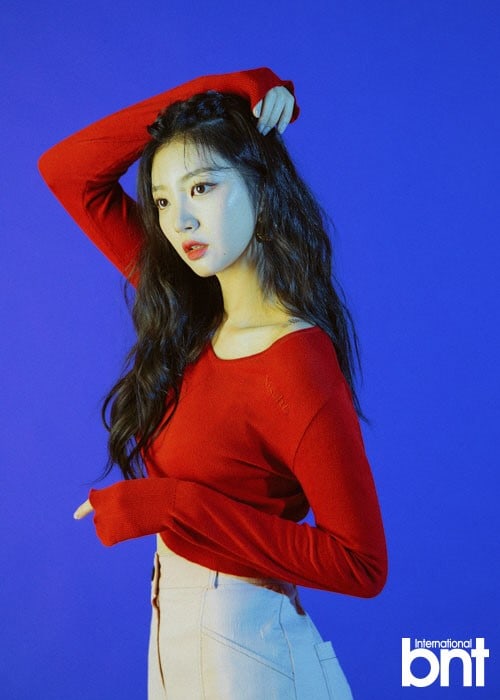 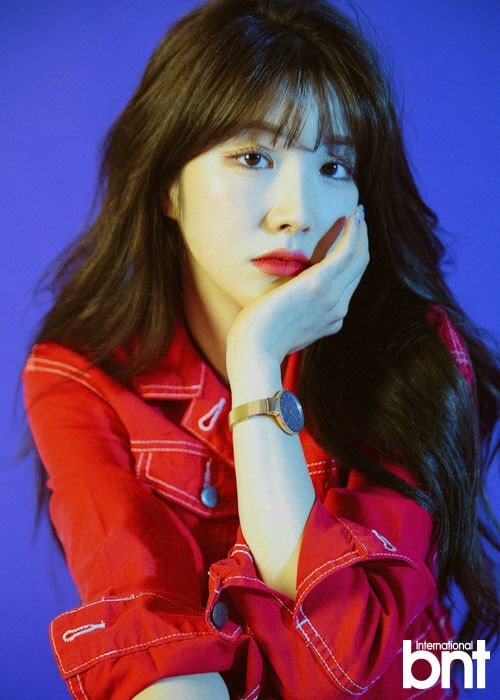 LABOUM also opened up about their diets. Solbin, whose chickpea diet recently became a hot topic, shared, “When I only ate chickpeas, that was during a phase of extreme dieting. I experienced the yo-yo effect and became so stressed that afterwards, I felt the need for a healthy and happy diet. Right now, I am enjoying [my new diet].” Haein similarly added, “I no longer diet recklessly. I seem to have learned how to diet happily little by little.”

Yujeong then shared her thoughts about the pressure of being the group leader. She confessed, “I think to myself, ‘I have to be good at everything. I need to set an example [for the other members]. If I make a mistake, we’ll all make a mistake.’ I’m a person, so I make mistakes too, but I find it hard to forgive myself.” However, she also described the role as a rewarding one, explaining, “I feel proud when I see how much our skills have evolved since debut or when the members know what to do and go about things on their own, even when I haven’t said much.”

Haein expressed that she felt sorry for Yujeong, saying, “Yujeong has an extremely strong sense of responsibility as the leader. She’s more considerate of us than anyone, and she tries not to show her own struggles. She thinks and worries a lot on her own, and I feel sorry because I don’t think that we [fully] realize that.”

When asked if the members ever drink together, Soyeon replied, “We drink a little when we’re not promoting. We drink either at our dorm or somewhere near it. I don’t think any of the members drink a lot, but Yujeong, Haein, and Soyeon enjoy drinking.”

LABOUM also talked about their recent interests. Yujeong proudly revealed she had earned a barista certificate, while many of the other members shared their love of online shopping. Solbin said, “In the past, whenever I bought clothes from an online shopping mall, it never turned out well, so I wasn’t interested in it for a long time. However, since I don’t have time to shop and I’m always wearing the same clothes, I recently went back to it. Haein has been helping me.” 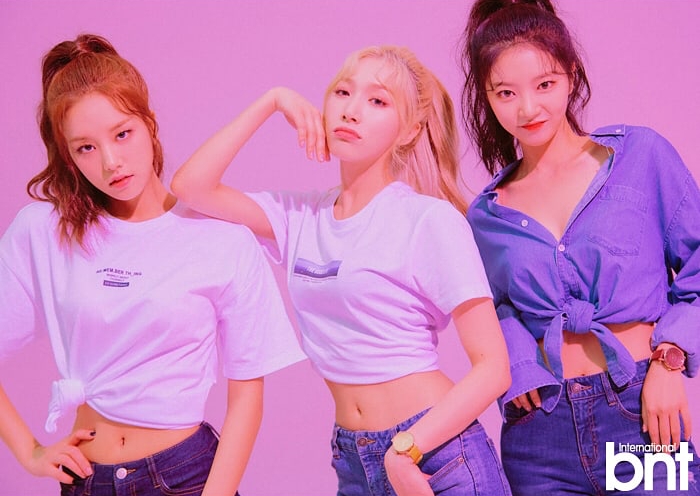 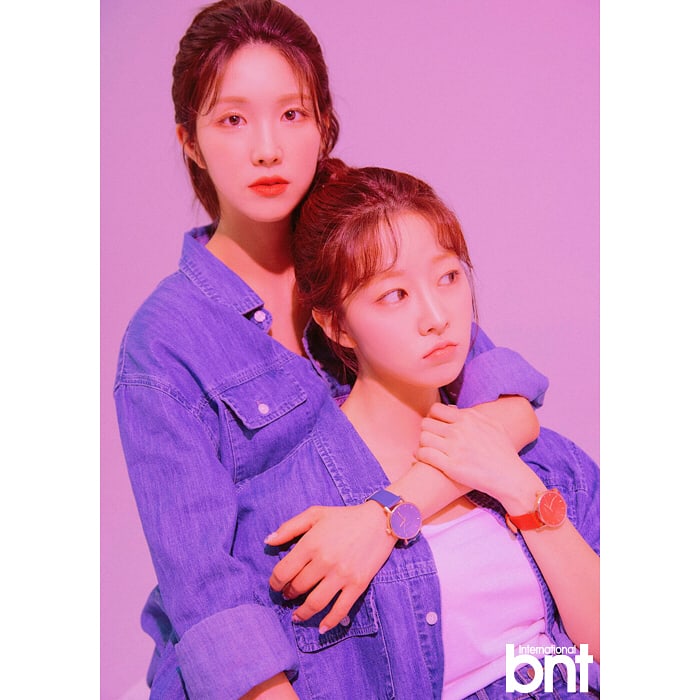 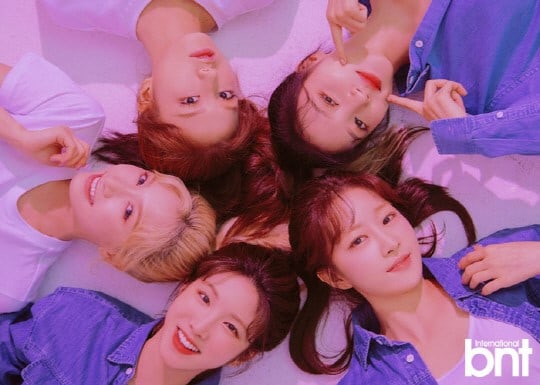 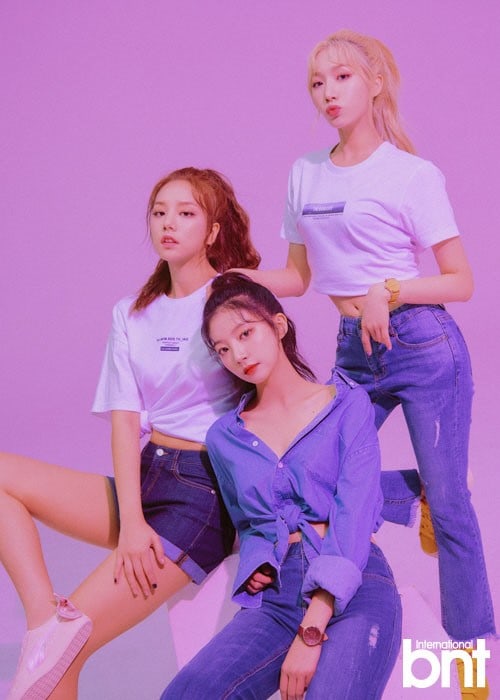 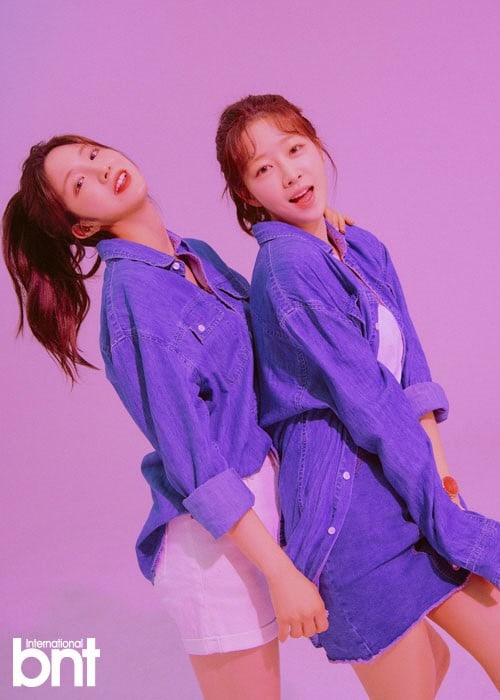 Check out the music video for LABOUM’s latest title track “Between Us” here!

BNT International
LABOUM
How does this article make you feel?