On the August 25 episode of tvN’s “Amazing Saturday,” BLACKPINK’s Jisoo and Rosé appeared as guests.

The first mission of the episode was to identify the lyrics to Block B’s “HER.” Hanhae said confidently, “I know Block B’s songs really well. I know what words they often use as well.”

When it came time to reveal the answers, Rosé captivated everyone with the cute way she wrote the answers and SHINee’s Key complimented her on her voice. Park Na Rae was shocked at what Hanhae came up with, who looked smug, but when Hyeri was talking through her answer, Shin Dong Yup noticed that Key was up to something.

Although Key tried to hide it, Boom asked him if he was paying attention to Hyeri’s answer. When Hyeri asked him for his opinion on her voice, he said, “Oh, it was very good” and when that didn’t fly he added, “You were singing ‘Something,’ right?”

The cast tried to move on to Jisoo’s answer, but Key said surprisingly, “I think we should save hers for last.” They then looked at Key’s answer, but he had just written “I don’t know.” Suspicious now, the cast looked at Jisoo’s board, which had all of the correct lyrics but also traces of someone having edited and added to what she had written. 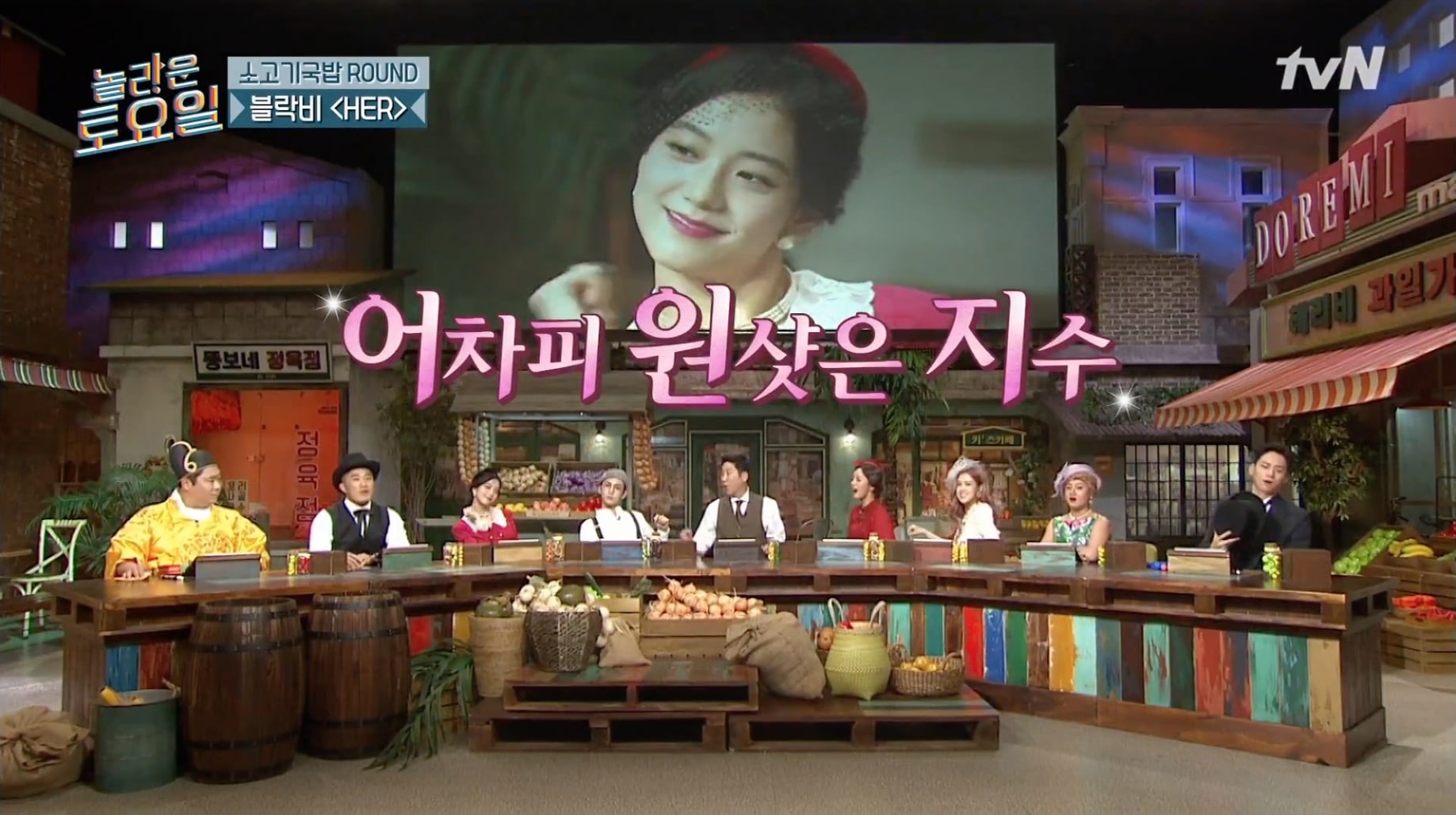 In a replay, it was revealed that Key had gotten all the lyrics from a single hearing but gave his notepad to Jisoo to help her out instead. At the very end, he wrote something else on the notepad and told her to show it at the very end, which turned out to have the message, “Thank you, Kibum oppa.” 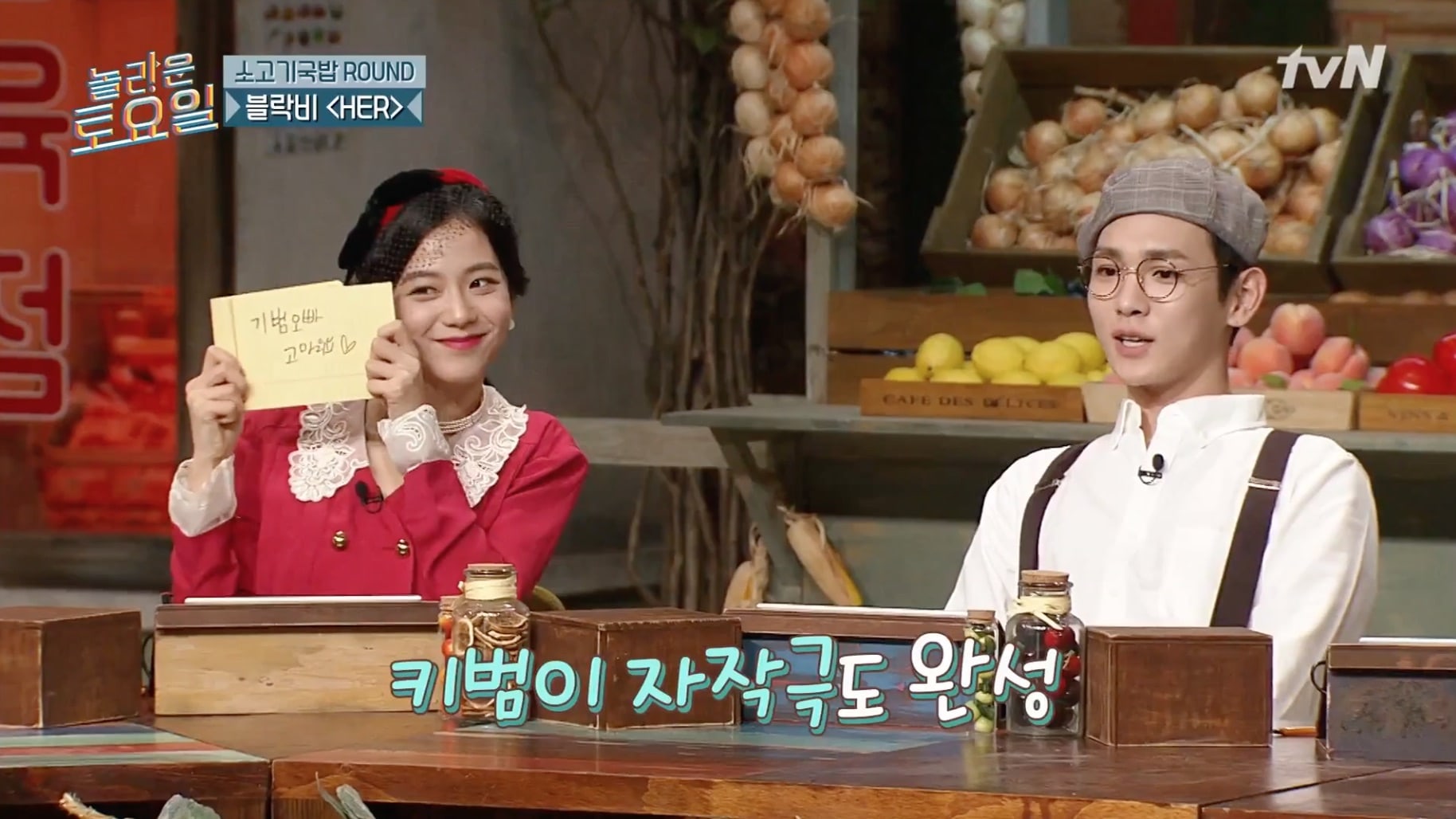