Super Junior’s Donghae and Eunhyuk weren’t afraid to show their love for one another on “Yoo Hee Yeol’s Sketchbook“!

On the August 25 episode of the KBS music talk show, Super Junior D&E performed their new title track “‘Bout You,” as well as a rock remix of several iconic Super Junior hits. They also sat down for an interview to talk about their unit and the story of its creation.

When host Yoo Hee Yeol asked how the two bandmates had ended up in a duo together, Donghae replied, “When [Super Junior] holds a concert, the members each put on solo performances.” He then cracked up Yoo Hee Yeol by explaining, “I’m the type of person who gets lonely easily. So I felt lonely standing on stage all by myself.” When Yoo Hee Yeol responded with disbelief, Eunhyuk chimed in, “It’s true. Donghae is a very emotional person.”

Donghae continued, “So I told Eunhyuk that I thought it would be fun for us to put on a performance together. That’s how we ended up performing a duet [at our concert], and Lee Soo Man said, ‘The two of you look great together. Why don’t you promote together on television [as a duo]?’ So, starting in 2010, we prepared an album and even held our own concerts.”

Eunhyuk playfully added, “It all started with Donghae’s loneliness.” 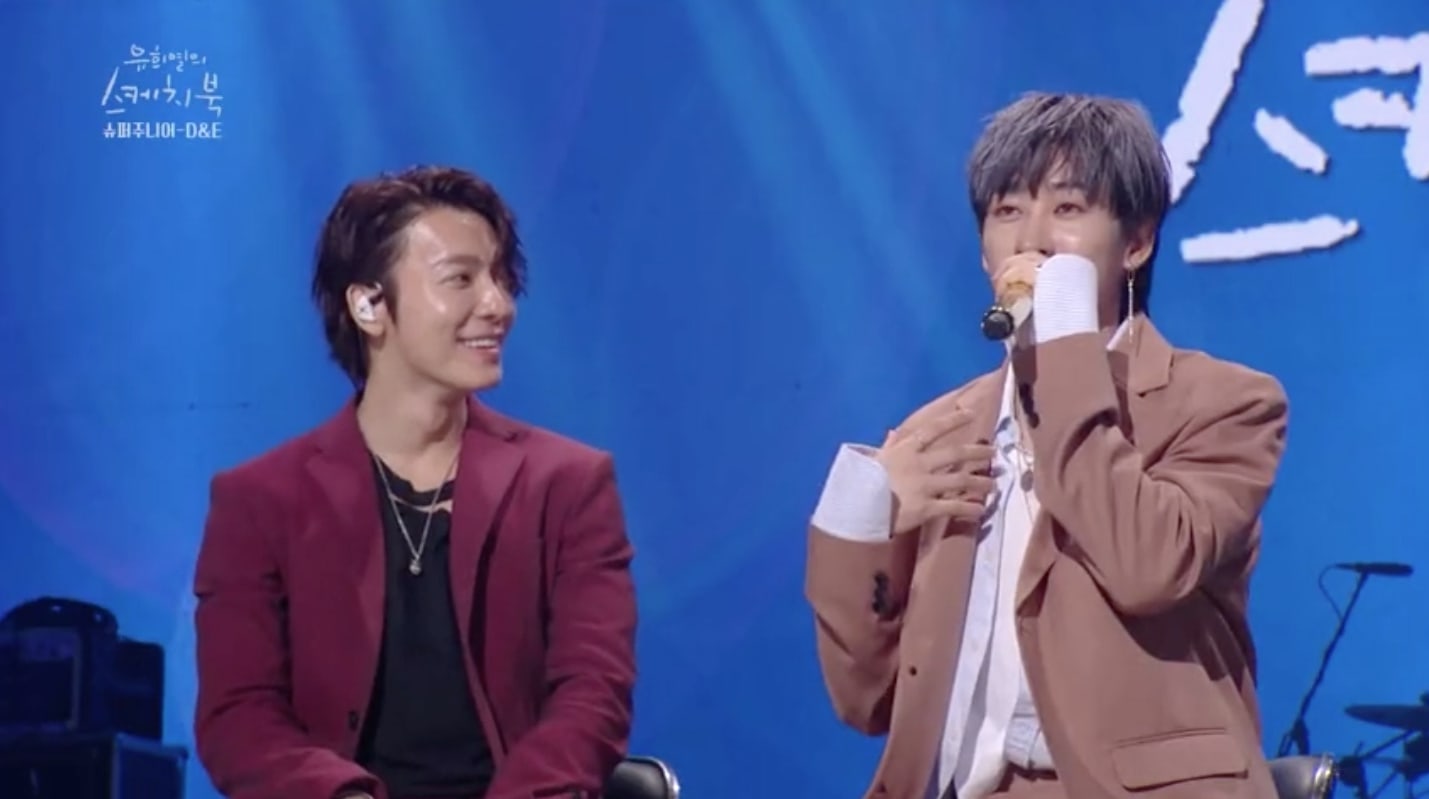 The two Super Junior members then talked about how they had been friends for 18 years. Yoo Hee Yeol asked them which qualities they most envied in each other, and Eunhyuk immediately replied, “Donghae is extremely handsome. In my opinion, according to my personal standards, I think he’s the best-looking idol out there.”

Donghae was unable to hide his joy as Eunhyuk went on, “Donghae got into SM Entertainment after winning Best Face in the SM Youth Best Contest.”

As for Eunhyuk, Donghae remarked that he was envious of his wit and his way with words, as well as his top-notch dancing skills.

Check out Super Junior D&E’s performances from the broadcast here, and watch the full episode of “Yoo Hee Yeol’s Sketchbook” below!