MBC’s newest drama “Hide and Seek” is off to a strong start.

Although its ratings were lower than the 9.8 percent achieved on the finale of its previous drama “Goodbye to Goodbye,” “Hide and Seek” received favorable reviews and an increasing amount of viewership ratings as time passed.

SBS’s “Let Me Introduce Her,” a drama in its same timeslot, recorded 5.7 percent, 8.4 percent, 8.7 percent, and 10.4 percent in nationwide viewership ratings.

“Hide and Seek” is a drama about an heiress to one of Korea’s biggest cosmetics companies, a woman who has been living her life for her, and the greed and secrets surrounding them.

This is Lee Yoo Ri’s first MBC drama since she received the Grand Prize for her performance in MBC’s “Jang Bo Ri is Here” in 2014.

Lee Yoo Ri successfully grabbed viewers’ attention with her emotional acting as Min Chae Rin, the executive director of a successful cosmetics brand who was actually adopted to save the daughter of a wealthy family.

She grew up while forcing herself to become strong in order to survive and become acknowledged. After she was locked up in a mental institution, she had no choice but to get married to Moon Jae Sang (played by Kim Myung Min) in a marriage of convenience. Viewers are looking forward to the developing plot after she learned about Cha Eun Hyuk (played by Song Chang Eui)’s wiretapping. 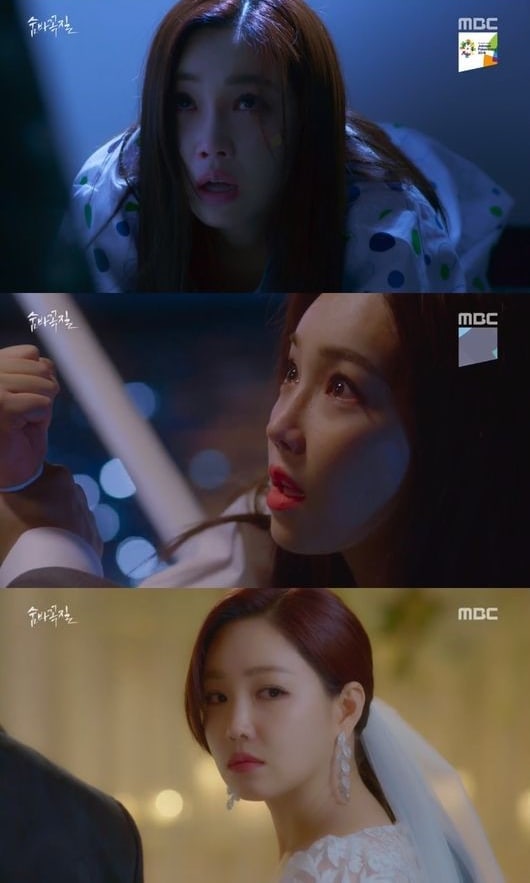 The drama’s production team commented, “We will tell the story of the innermost desires of human beings without boundaries of goodness and evil.”

“Hide and Seek” airs on Saturdays at 8:45 p.m. KST. Check out the first episode below!

Hide and Seek
Lee Yoo Ri
How does this article make you feel?