On the latest episode of tvN’s “Salty Tour,” BIGBANG’s Seungri made an entertaining attempt to save money by tricking the other cast members!

The August 25 broadcast of the reality show followed Seungri and his fellow travelers as they explored the Chinese city of Xiamen on an extremely tight budget. At one point during the episode, the “Salty Tour” cast made their way to a cafe to enjoy some iced coffee together.

Seungri, who was in charge of planning their itinerary for the day, ordered coffee for the group in fluent Chinese, and he returned with six cups—one for each of the cast members (aside from Jo Se Ho). However, shortly after tasting the coffee, Seungri’s traveling companions pointed out that something didn’t seem quite right.

Comedienne Park Na Rae remarked, “I’m not an avid coffee-lover, but I drink it occasionally, so I know how it’s supposed to taste. Why is this coffee so watery?” 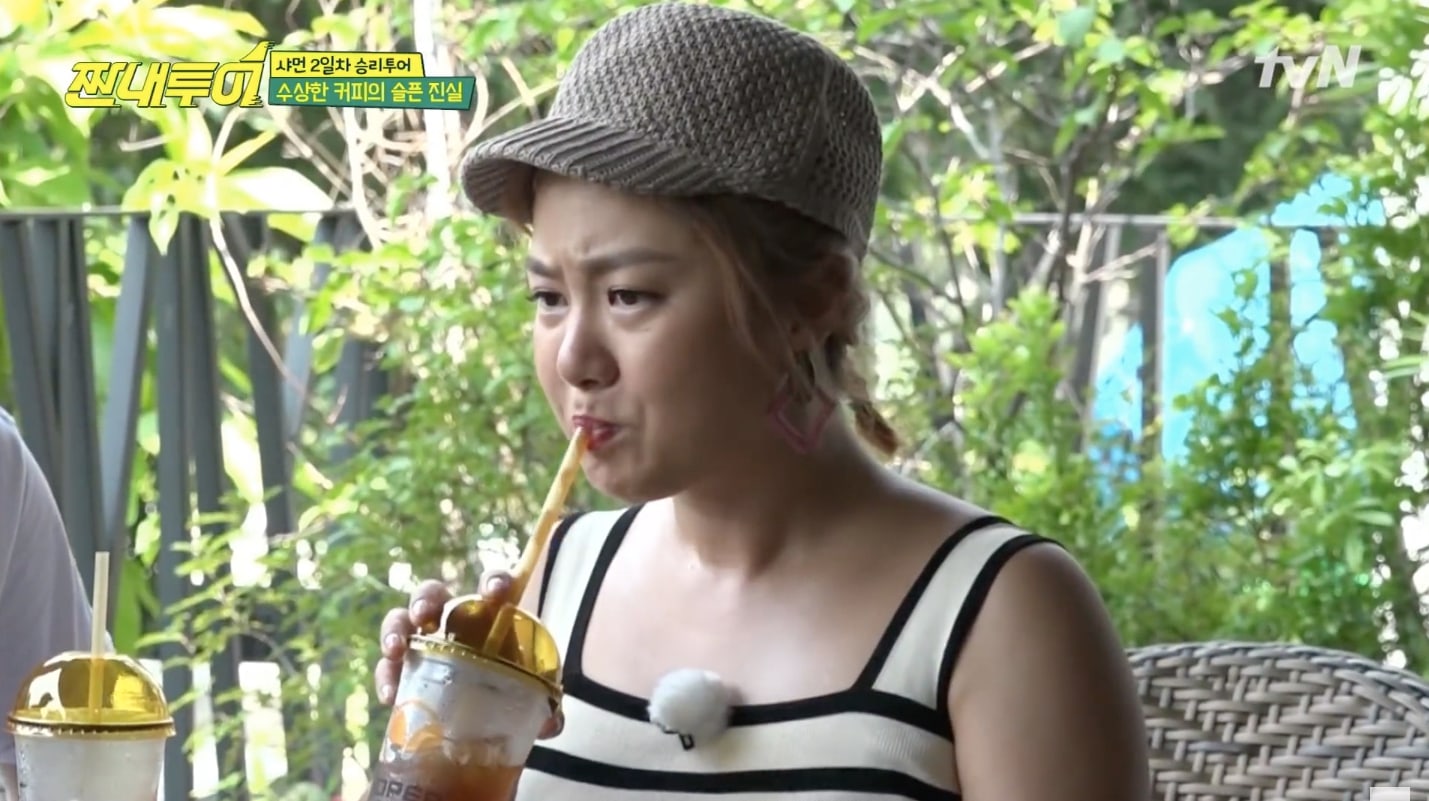 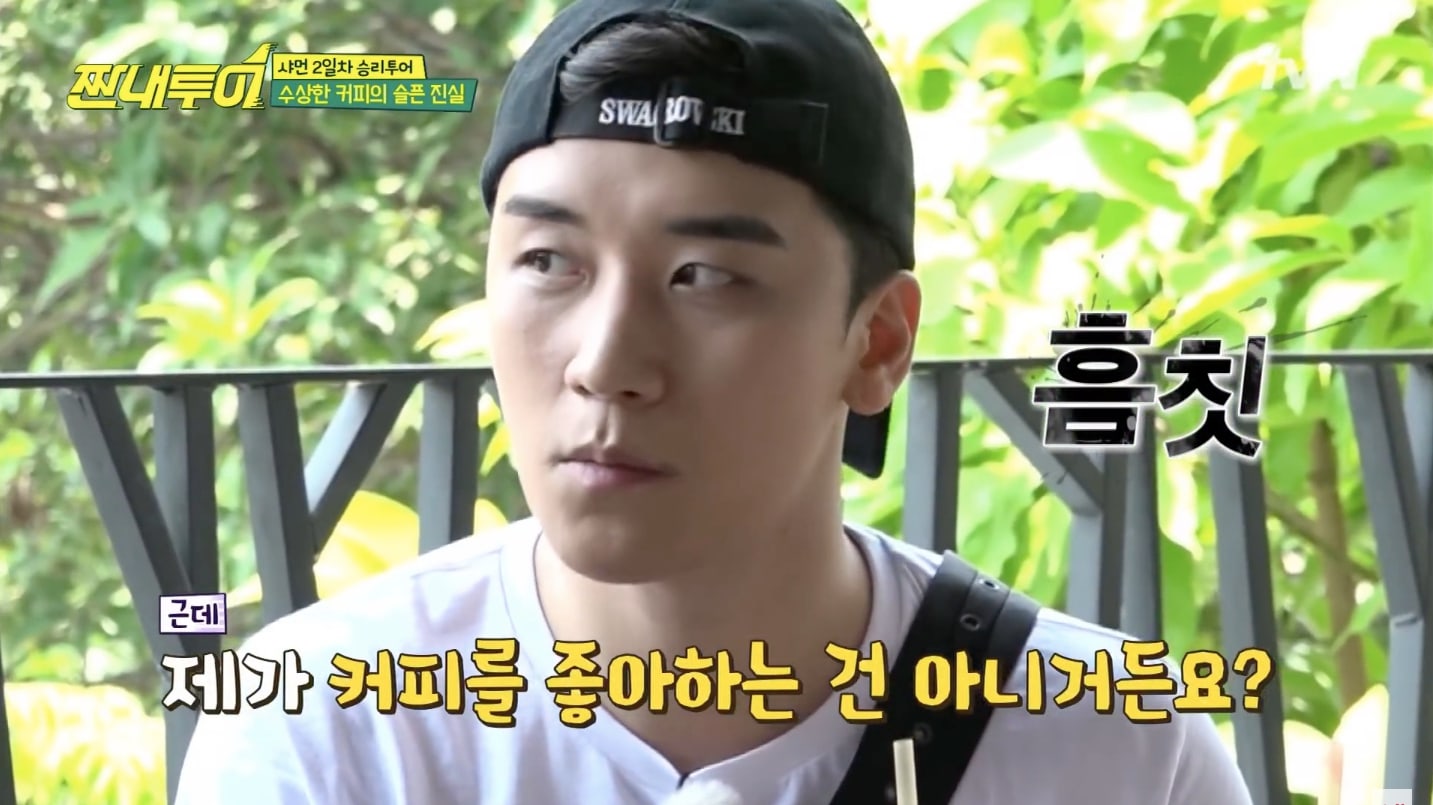 Seungri cut in, “My friends told me that in Xiamen, people like to drink their coffee very light.” However, Park Na Rae remained unconvinced, and everyone took another sip of their coffee in order to evaluate the taste.

All of a sudden, Seungri asked out of the blue, “Should we listen to some music?” and began singing in an attempt to quickly change the subject.

An observant Park Myung Soo then accused Seungri of diluting the coffee in order to make three cups out of two. As the other cast members expressed their doubts, Jo Se Ho retrieved the receipt from the show’s production crew and discovered that Seungri had actually gone even further—in order to save money, he had bought three cups of coffee and asked the barista to water them down into six cups.

Park Myung Soo then cracked up the entire cast by exploding in rage, with comedian Heo Kyung Hwan jokingly commenting, “This is the first time I’ve seen [Park Myung Soo] swear during the daytime.”

Seungri defended his scheme by explaining, “If I had ordered real coffee [for everyone], I would have exceeded the budget.”

He added, “Even though the [other cast members] called me a con artist after I got caught this morning, I was still confident that the plan I had prepared could make everyone happy, so I put up with it.”

Watch the hilarious clip of Seungri being caught red-handed below!