Na Eun has continued to capture hearts, both onscreen and offscreen on “The Return of Superman!” 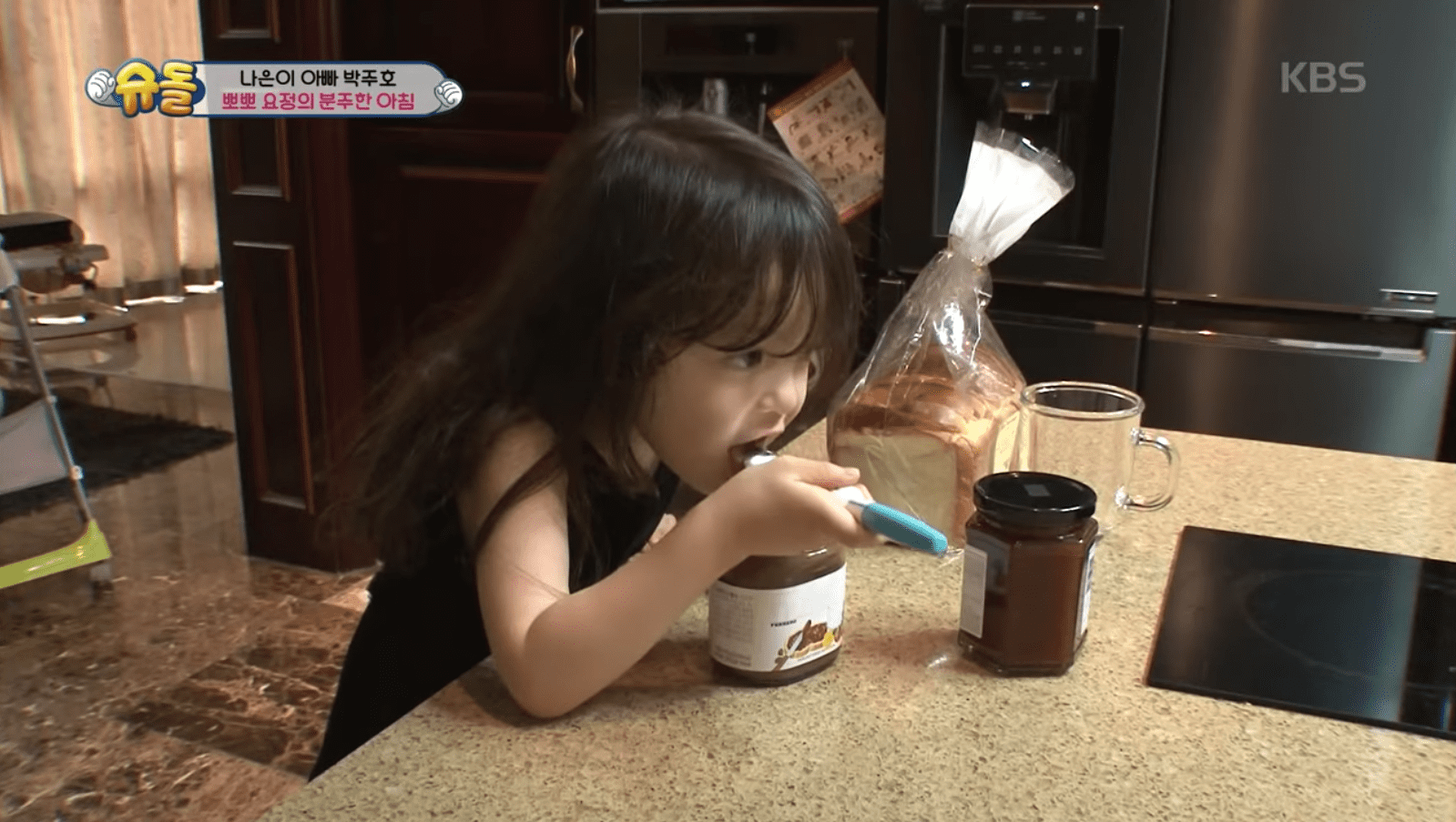 In the August 26 episode, Na Eun revealed herself to be a young pro at mukbang [eating broadcasts] as she ate the braised Coca-Cola chicken that her dad makes for her as well as Nutella straight out of the jar. She also won over the staff by feeding them snacks, as well as being a supportive daughter when Park Joo Ho went to the clinic to treat the injury he sustained during the 2018 FIFA World Cup. 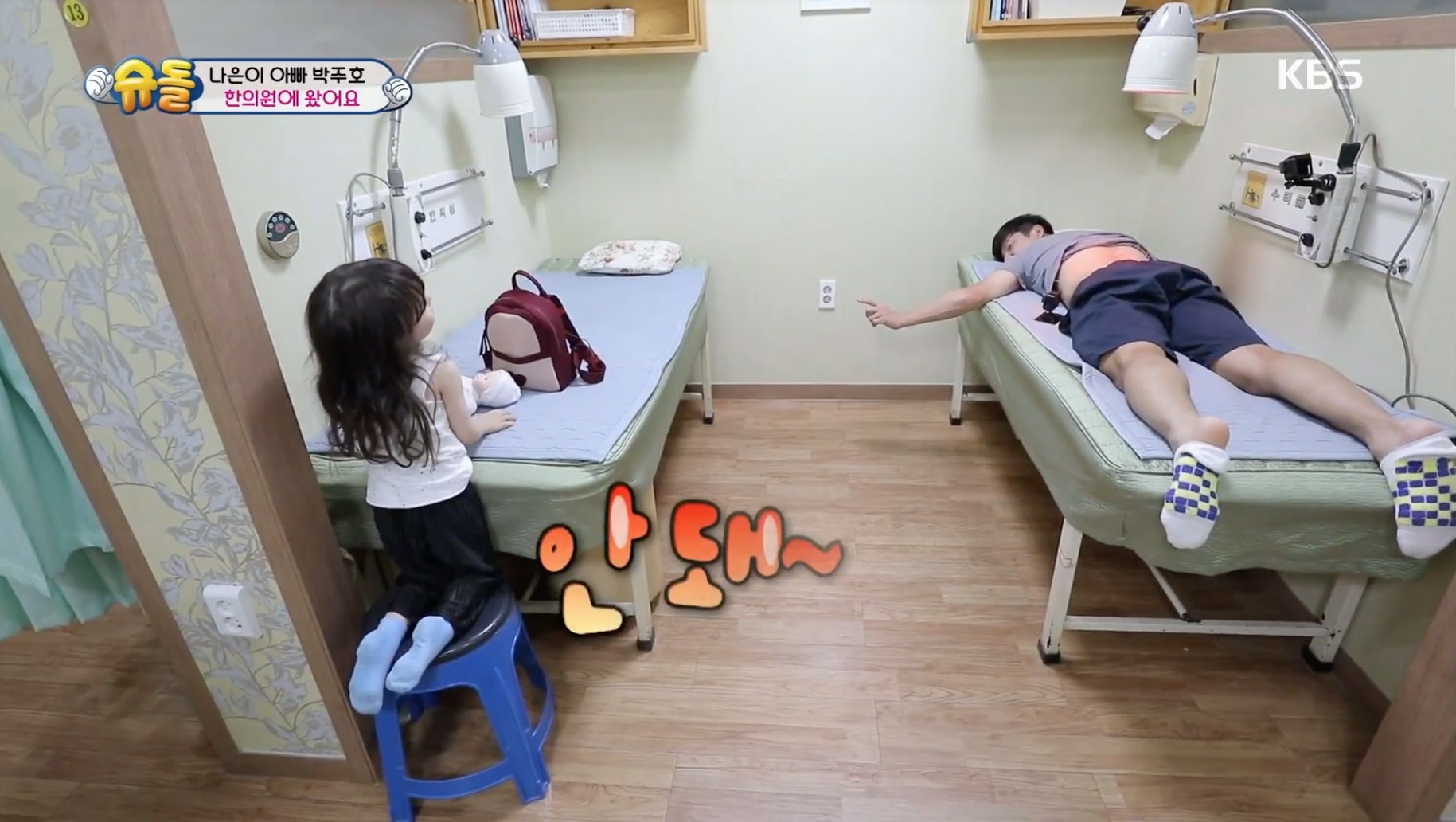 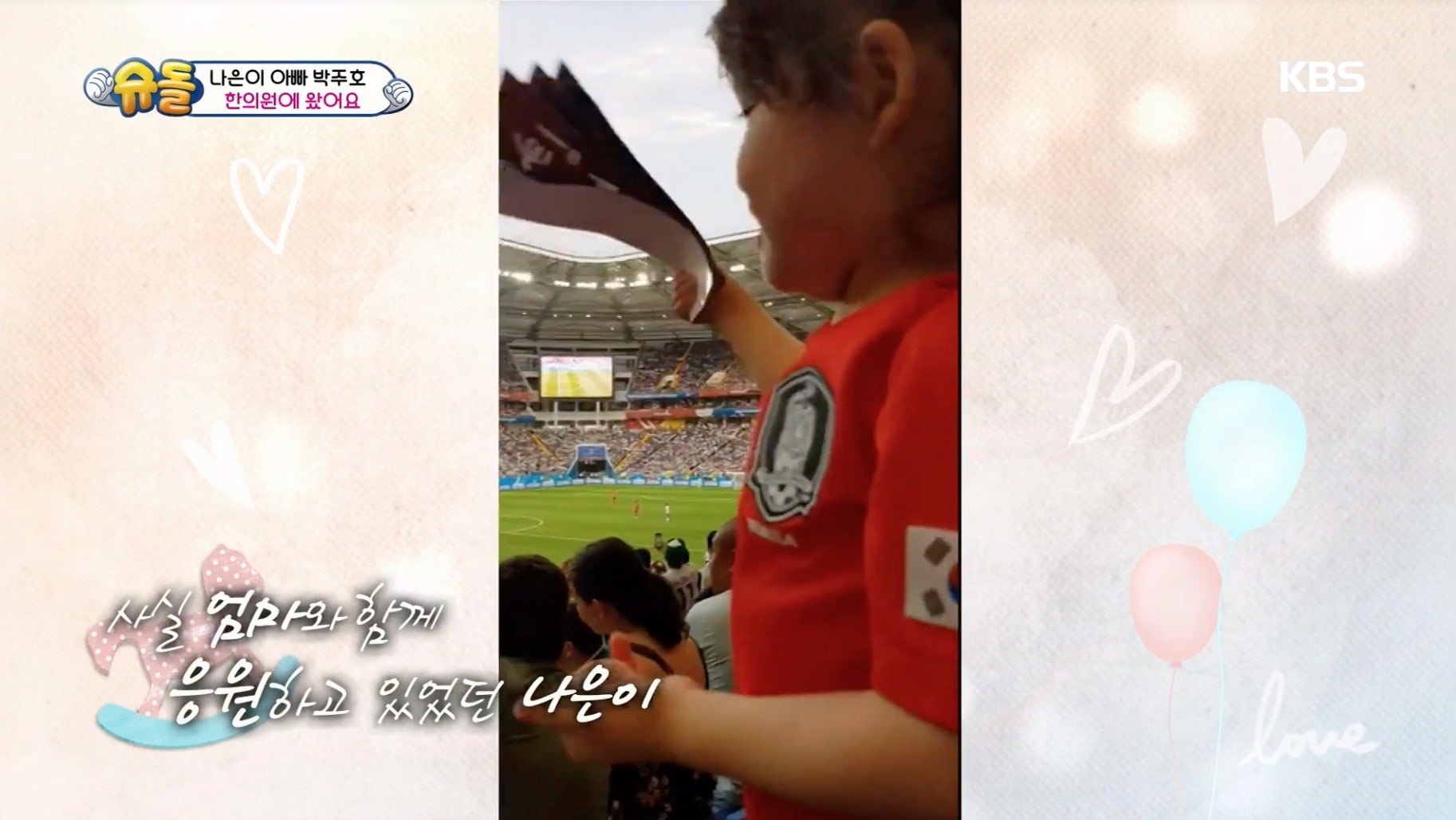 Although she refused to get the acupuncture in place of her dad, like he jokingly tried to get her to do, she told the doctor, “Please don’t make it hurt for Daddy” and said in an interview, “It was sad” when asked about watching her dad get injured during the World Cup.

Lee Dong Gook comforted him by saying, “If you can endure it, you can play soccer for longer.” He then exchanged greetings with Na Eun and told her, “I’ll come visit you with some scary unnis soon,” referring to his daughters Seol Ah and Su Ah.

Watch the latest episode of “The Return of Superman” on Viki!

Lee Dong Gook
The Return of Superman
Park Joo Ho
Na Eun
How does this article make you feel?