The Wednesday-Thursday tvN drama “Familiar Wife” is receiving a high viewership ratings and a lot of love because of how relatable the drama is. The drama surrounds the idea of “what would happen if I could change my current reality?” which is a question most people have asked themselves before. “Familiar Wife” doesn’t just show the new present life brought on by the changes of the past, but it highlights how the changed present can show the valuable memories and details from the past that was easily overlooked before.

In the drama, Joo Hyuk (played by Ji Sung) is living his newly changed life and sees the past version of Woo Jin (played by Han Ji Min), and one by one remembers the valuable memories he had with her. As he reminisces on his past memories of their relationship, he realizes that he was the one who caused her to change. The relationships and emotions of Joo Hyuk and Woo Jin are both heart wrenching and sweet.

These are just some of the moments in the drama that were both memorable and relatable:

“When we first met, Woo Jin was always smiling”

In the changed present, Joo Hyuk meets Woo Jin as a lovely and beautiful career woman. At first, he seems unfamiliar with how lively Woojin is, but soon remembers that she was someone who didn’t lose her strength and liveliness even after the passing of her father. Joo Hyuk remembers that Woo Jin’s bright smile was what gave him the energy to keep going and brought out the light in his world. He comes to a hard realization that Woo Jin was always bright and energetic before he married her and that he was the one who changed her. 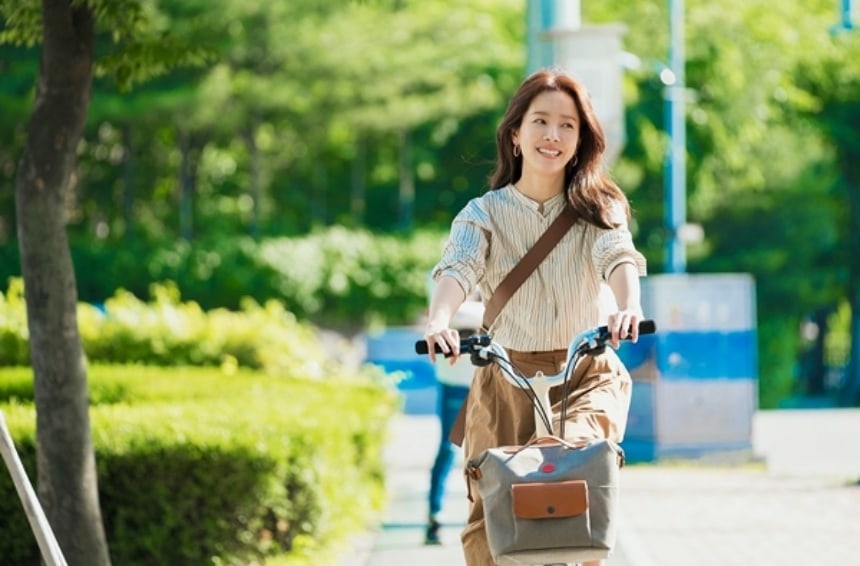 The only things that changed are the memories and the present

Joo Hyuk and Woo Jin go out to eat at a restaurant that she’s been frequenting for 17 years. Woo Jin’s unique order and strange way of eating food is exactly the same as Joo Hyuk remembers, but their names that Woo Jin wrote on the restaurant wall during their dating days was gone. Joo Hyuk can’t hide the sadness and longing behind his smile as he thinks about the times he can never get back. 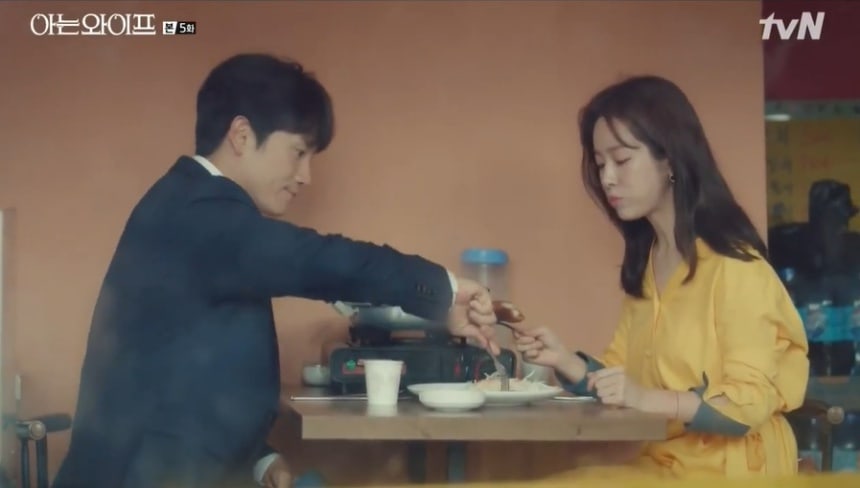 Rain suddenly starts pouring down and Joo Hyuk and Woo Jin use a flowerpot to protect themselves from the rain. Joo Hyuk remembers the time his heart first fluttered for Woo Jin when she came to pick him up at the library with an umbrella. Woo Jin’s smile was the same as today. He realizes that he forgot about those important memories while only focusing on his present realities. 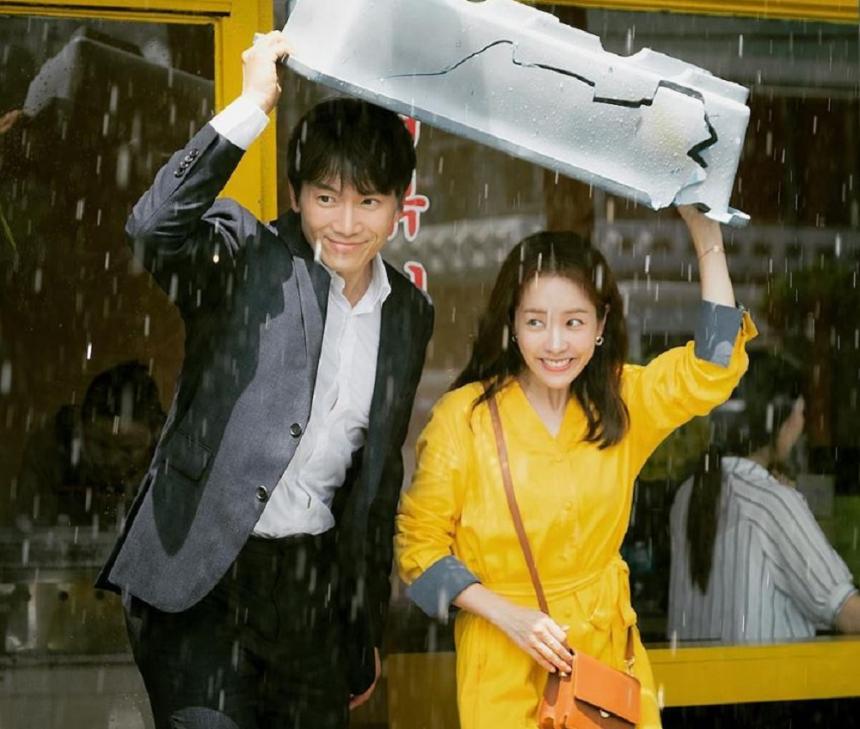 Joo Hyuk remembers how he first realized his feelings for Woo Jin, as he found himself getting angry and worried for Woo Jin when she started a part time job. He delves into the past, when he first kissed Woo Jin in a romantic scene where she’s wearing a cute pink hoodie. He’s sad and regretful that he didn’t protect her like he vowed he would and instead treated her worse than a stranger at times. 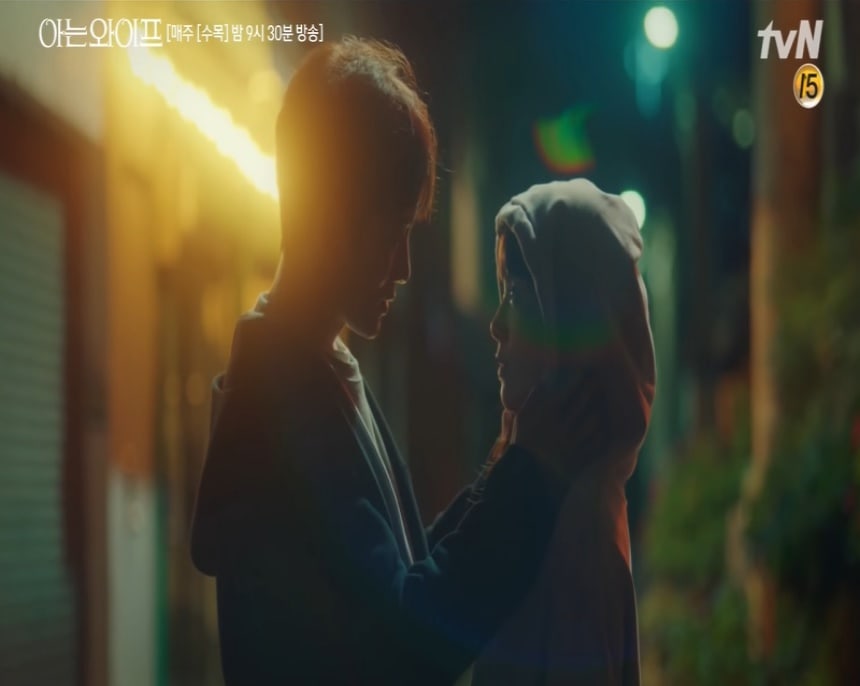 In the latest episode, Joo Hyuk shed tears and comes to the conclusion that he needs to be a man and just wish for Woo Jin to be happy, but more changes unexpectedly happen.

If you’re curious about what happens next, check out the latest episode of “Familiar Wife” below!

Familiar Wife
How does this article make you feel?